Who Dares Doubt The Decomposing Powers Of Fungi? 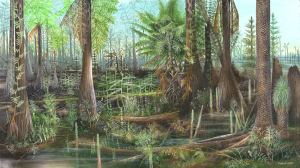 Apparently, it is widely accepted that it took fungi 120 mil­lion years to figure out how to decompose woody plants. Hence lignin-rich materials ac­cu­mu­lated along with the appearance of widespread forests in the Car­bo­niferous Period (ca. 359 − 299 million years ago), which led to huge coal deposits until white rot fungi finally caught up in the Permian (ca. 299 − 252 mya). As a mi­cro­bial chauvinist, I can't imagine fungi being this evolutionarily retarded. If alien plants composed of degradable plastic were to in­va­de the Earth, would it take 120 million years to evolve ef­fi­cient biodegradation pathways? My mon­ey is on cen­tu­ri­es, maybe even decades. Look at xe­nobiotics like penta­chlorophenol (PCP) that have on­ly been around for a few decades: the current bacterial enzymes might be a little awkward, like an early generation cell phone, but they do the job.

Fortunately, this disconcerting situation has been rectified. Nelson et al. (1) debunk this evo­lu­tio­nary lag hypothesis with multiple lines of evidence. This study is essentially a thought ex­periment based on existing data and samples. Their primary finding was that coal ac­cu­mu­la­tion was not de­pendent on lignin, but rather was driven mostly by non-lignified bark tissue from lycopsids, the do­minant tree of the time. Therefore, lack of lignin decay could not be responsible for the Car­boni­fer­ous coal deposits.

A simple mass balance approach shows that if all lignified plant tissues were to remain preserved for 120 million years, they would have become such a large carbon sink that atmospheric CO2 would have essentially vanished. There is abundant fossil evi­dence that vascular plant ma­terial deposited above the water table, and therefore ex­posed to oxygen, was subject to decay during this period. The authors review the molecular clock evidence for the ap­pear­ance of the Agaricomycetes and other lignin-de­gra­ding organisms (which leads to an estimate cen­ter­ed in the Permian) and find there is much room for error, given uncertainties that could easily include the Car­boni­fer­ous, not to mention fossils of de­cay­ed wood from well before the Permian (see Figure 2). They also point out the lignin-transforming en­zymes other than fungal class II lignin peroxidases that are present in other fungal li­nea­ges and bac­te­ria. As the authors say, "there appears to have been no shortage of options available for the de­com­po­si­tion of lignified tissue in the pre-Permian world." It was most likely the swampy, anoxic conditions of the time that led to preservation of plant matter in the form of peat, and the geological subsidence of the land that preserved the peat deposits and allowed them to form into coal. Not the fungi's fault.

Anyway, vascular plants didn't arrive in a space ship, preformed with xenobiotic lignin-re­in­for­ced xylem. They evolved from non-vascular plants with lignin-like molecules already in their cell walls (the complete lignin biosynthesis pathway is found in moss (2,3)), presumably plagued with patho­gens and decomposed efficiently by the microbes of the period. Could plants have suddenly stumbled into an innovation that stumped fungi for 120 million years? Nope. 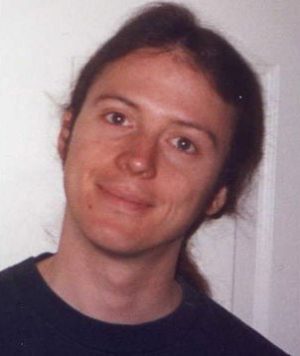 David Lipson works on plant-microbe interactions and teaches microbiology as associate professor at USCD, San Diego. He also takes what he's learned as a microbiologist and applies it to the design of microtonal guitars that deviate from the standard 12-note system by removing the frets from various electric and acoustic guitars and repositioning them to create novel scales.