Louis Pasteur once said, "Fermentation is life without air." Although many microbes need the oxy­gen in the air to live, not all of them benefit from it. There are many bacteria that thrive in oxygen-depleted (anoxic) environments such as sediments, sludge, and the guts of animals. Many of these bacteria, the anaerobes, are extremely sensitive to oxygen (see this previous post ) and instead 'breathe' by using a myriad of other compounds as electron acceptors (see here). Historically, it has been difficult to study anaerobes in the lab because the oxygen in the air would stress and of­ten kill them. The development of methods to grow anaerobes was an important stepping stone in microbiology, one that paved the way for the discovery of many new bacteria and radically changed our understanding of microbial metabolism. Many of these discoveries could not have been possible without the pioneering work of Robert E. Hungate. Affectionately referred to as "Mr. Rumen" or even "Bob" by his students and colleagues, Hungate was the first to develop refined methods to grow strict anaerobes. Accordingly, he dedicated his career to advance new tech­ni­ques to culture and study anaerobes in anoxic en­vi­ron­ments. The "Hungate technique" is widely known and used in many labs today, but I believe that his life and scientific impact deserve greater appreciation by today's young microbiologists. 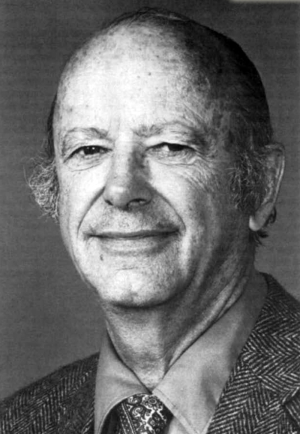 Robert Hungate was born on March 3, 1906 in Cheney, Wash­ing­ton. His first love was the outdoors, where he became familiar with the plant and animal life in Wash­ing­ton and Idaho through many outings and summer work. Hungate attended Washington State Normal School (now Eastern Washington University) to earn a teaching certificate and worked as a teacher from 1924 – 1927. After this short stint, he continued his education at Stanford, where he graduated in 1929, later to go on to graduate study. In 1931, Hungate took C. B. van Niel's first microbiology course at the Hopkins Marine Station in Pa­cific Grove, CA (see this previous post ). Hungate was van Niel's first student in this course and the only one that year. Van Niel's personality, teaching skills, and, of ne­ces­si­ty, the one-on-one interaction in the course were all hu­gely inspiring and had a profound impact on Hungate's life.

During this time, Hungate became interested in studying termite gut microbes. With van Niel as his doctoral ad­vi­sor, he studied the potential contribution of the bacteria in the termite hindgut to cellulose degradation. Unfortunately, he was unsuccessful in isolating cellulose-degrading bacteria, but this spurred him later in his career to develop the methods need­ed to grow such bacteria, not only from the termite gut but also from the cow's rumen. Hungate joined the Bacteriology department at the University of Texas, Austin in 1935. In 1945, he moved to Washington State University and then moved once again to become chairman of the new Bac­teriology department at the University of California, Davis in 1956.

Hungate's method to cultivate anaerobes (Source ), now commonly known by his name, involves several steps to make a growth medium with a reduced anoxic en­vi­ron­ment in a sealed airtight test tube. First, a freshly auto­claved growth medium is heated to maintain a steady boil. Second, after the medium is distributed into rubber-stoppered "Hungate tubes," it is 'sparged' with a steady stream of an anoxic gas (usually a mixture of CO2, H2, or N2) passed through the medium via a metal cannula. The tube is then quickly sealed with a rubber stopper, using a screw cap to prevent any oxygen from entering. Third, molten agar is added and the tube is rolled horizontally over cold water to pro­du­ce a thin layer of solidified medium over the inner glass surface. Using a needle and syringe, the inoculum can then be injected through the rubber stopper. To observe the growth of cellulolytic bacteria, an opaque suspension of cellulose is added to the medium beforehand. A clearing around cellulose-degrading colonies can be easily seen after incubation.

Ingeniously, Hungate became aware that most commercial tanks of purportedly anoxic gases con­tain trace amounts of oxygen. While the concentration is very low, he found that even a few mole­cules of oxygen can be toxic to strict anaerobes. To remove these traces of oxygen, the gas was passed through a column of hot copper wire before using it to sparge the medium. To further en­sure complete anoxic conditions, a reducing agent such as cysteine was added to remove any last remaining traces of oxygen.

Hungate's pioneering methods allowed him to cultivate many new bacteria from termite gut and cow rumen ecosystems. His group was the first to isolate methanogens that use H2 and CO2 as their energy source (Source ). In addition to identifying and isolating environmental bacteria, Hun­gate emphasized that a complete characterization of a microbial ecosystem includes quantifying the compounds that they produce. His rigorous emphasis pushed the field towards a quantitative approach for understanding the metabolism of bacteria in the environment.

Hungate's qualities that most impressed his students and colleagues were his complete devotion to research and his ability to get things done. His uncanny persistence underscored his reputation. John Ingraham, professor emeritus at UC Davis, said about him that “some scientists can be divi­ded into architects and builders. Hungate … was a carpenter – a doer … not being able to cultivate organisms he could see presented him with a challenge he set out to solve and which he did with innovative methods and ideas, even realizing that bottled nitrogen was not sufficiently oxygen-free." John Meeks, professor at UC Davis, remarked that Hungate was a gifted glass blower and would produce his own equipment needed for experiments, including once a 45-foot-high glass tube to study the cohesive force of water. All members of his lab were required to learn and be­come proficient at glass-blowing, as mentioned by Robert Stack, the last postdoc from Hungate's lab.

Hungate took care of his students and colleagues and generously served many organizations, in­cluding a tenure as ASM president in 1971 – 1972. Hungate died on September 21, 2004. His life was celebrated by the ASM at the 2006 annual meeting, and his example as one of the most dedi­cated leaders in his field continues to be an inspiration to all young scientists interested in anaero­bes. 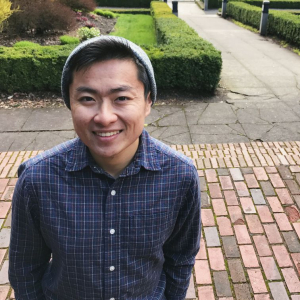 Jonathan Lin is a graduate student in microbiology at the Uni­ver­sity of California, Davis. He works in the lab of Dr. Jorge Ro­dri­gues. During his short time in microbiology, he has de­ve­lop­ed a fondness for culturing novel, fastidious bacteria. He can be found on Twitter.

Hungate RE. 1966. The Rumen and its Microbes. Academic Press.