Fine Reading: A Collection of Notable Publications from 2017 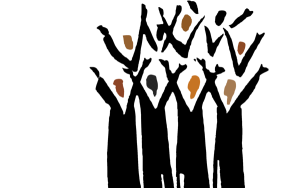 As this past year came to a close we wanted to get a col­lection of salient publications to share with our STC au­di­ence. To assemble this collection, we asked a number of our friends and colleagues from many locations across the globe to select a publication from 2017 that they found particularly fascinating. Along with providing the citation, we asked them very briefly describe what was it about that publication that excited them. The eclectic nature of the collection that we share below is testament to the re­markable diversity of extremely exciting research that is currently being done in the microbial sciences. Our sense is that this list very much supports our view that there was never a better time to consider those marvelous "small things" than the pre­sent. After considering this list, we invite each and every one of our readers to contribute (through our comment section) their own selection of a fascinating paper of 2017.

Ancient bacteria of the Ötzi's microbiome: a genomic tale from the Copper Age

These investigators looked in the gut microbiota of a "frozen mummified human" called the Tyro­le­an Iceman and found a community predominated by Clostridium and Pseudomonas species. Pseudomonas spp., including P. veroni  and P. fluorescens, are not typically thought of as common gut microbiota, indicating some potential shift in the gut communities from this ancestor from ~5000 years ago. Or perhaps this finding indicates that the DNA of Clostridium and Pseudomonas species is particularly stable in these conditions. Either way, it was an intriguing finding.

The biosynthetic arsenal encoded by microorganisms still continues to surprise us even in bacteria from commercial collections. The characterization and biosynthesis of new volatile alkyl cyanides was determined in a series of elegant experiments, and their antimicrobial activity suggests a role in interspecies communication. What also called my attention: the paper involves the collabora­tion between German and Brazilian scientists, a wonderful example of international research.

The reason I find this paper fascinating is that in my view it provides the first direct evidence for contact surface sensing although many other publications have toyed with this concept. However, all previous studies were using indirect reporter assays, i.e. gene transcription and uncontrolled surfaces (i.e. agar of different concentrations). So, although the idea of contact sensing was appea­ling, it was not really demonstrated. Here, using a new microfluidic assay, the authors show that surface-induced interferences of the flagella motor generate the rapid production of c-di-GMP by a motor-associated cyclase, which in turns rapidly induces activation of a polysaccharide adhesin by allosteric control. The entire cascade is characterized in this very elegant piece of work.

Despite our growing awareness of the effects that humans have on our planet and the environ­ment, we have yet to assess how our activities affect microbial communities on a global scale and what these changes can mean in terms of ecosystem health and maintenance. In this perspective, the authors illustrate how human activities have altered the dynamics of microbial movement on a massive scale. Such activities can change microbial abundances and distribution and have a sig­nificant impact on global health and sustainability.

This is my favorite paper of 2017 for its high quality, forthrightness, and contrition. Originally pub­lished on bioRxiv under a more evocative title "Nasty Prophages and the Dynamics of Antibiotic-Tolerant Persister Cells," this paper largely negates the authors' previous conclusion that toxin-an­titoxin systems play a key role in the development persister cells able to tolerate high concentra­tions of bacteriocidal compounds. Highlighting the iterative nature of science and the value of skepticism, even in regard to your own work, the authors demonstrate that infection of mutant strains with bacteriophage φ80 – rather than loss of TA toxin systems – was the underlying cause of antibiotic sensitivity in their previous high profile study.

Lipoic acid is an eight-carbon fatty acid containing sulfhydryl groups at C6 and C8 that plays an es­sential role in central metabolism in organisms ranging from bacteria to humans. The enzyme li­po­yl synthetase (LipA) provides both sulfur atoms from an auxiliary [4Fe-4S] cluster on the protein that is degraded during one turnover in vitro. McCarthy and Booker recently found that the Esche­ri­chia coli  iron sulfur cluster carrier protein NfuA efficiently reconstitutes the auxiliary cluster du­ring LipA catalysis. These results explain why patients with defects in NFU1, the mammalian ortho­log of NfuA, displays phenotypes that are consistent with lipoic acid deficiency.

This study results from the productive collaboration between Carey Nadell (Dartmouth) and Knut Drescher (Max Planck Institute for Terrestrial Microbiology, Marburg). The authors show that the tendency of bacteria to form biofilms – dense surface associated communities – physically protects them from phage; specifically via an amyloid fibre network made outside the cells. This network both physically blocks phage from entering the biofilms – a collective mechanism – and binds phage particles, protecting individual cells. The combination of fundamental insights, detailed experiments and beautiful imaging is characteristic of these researchers and makes the paper a pleasure to read.

Assembly of a nucleus-like structure during viral replication in bacteria

The authors of this article discovered a nucleus-like structure formed in Pseudomonas upon its phage infection. The surprising observation with regard to the compartment separating phage DNA from the cytoplasm not only adds sophisticated knowledge to the developmental biology of phage proliferation but makes a stir in the history of eukaryotic cells. Could this be the original event leading to the creation of a nucleus? The finding will stimulate the argument whether the endosymbiotic theory is also applicable to the development of the genome-containing organelle. Such autonomous behavior of a set of genomic DNA may be the true nature dominating over the constitution of lifeforms.

An exciting 2017 paper ? I’d choose this paper from the Pogliano lab. Here these researchers de­scribed the sophisticated structural organization of host cells by a large Pseudomonas phage. During lytic replication, this phage created a protein-bounded compartment – the site of rep­li­ca­tion and transcription of its DNA. Empty capsids that assembled near the cell membrane migrated to the compartment border and docked there long enough to each be filled with a phage chro­mo­so­me. This entire "phage factory" was positioned midcell by dynamic "spindle" filaments assemb­led from the phage's tubulin homolog, PhuZ. The creation of such sophisticated "viral factories" had previously been observed only in compartmentalized eukaryotic cells. In sum, this paper re­minds us that phages are sophisticated life forms, their exclusion from the "universal" tree of life notwithstanding.

This contribution describes proteins of eukaryotes as being found in groups deeply embedded in the Archaea. This article and some other similar articles this year have created a firestorm of a debate about whether there are two domains - Archaea and Bacteria or three, Archaea, Bacteria and Eukarya. The data are pretty convincing for two domains.

Coupling between distant biofilms and emergence of nutrient time-sharing

This paper gets my vote for paper of the year. The authors found that phase shifting of neuron-like oscillations facilitates cooperation between two bacterial populations. This study is wonderful for at least two reasons. First, it is a brilliant example of how bacteria are capable of surprisingly complex communication and behavior. Second, this study supports my suspicion that there is a global cabal of microbes forming a vast neural network in soils and marine sediments that dwarfs our puny human brains.

The symbiosis between bioluminescent Vibrio fischeri and squid continues to reveal intriguing in­sights into the intricate dance between symbiotic bacteria and their animal hosts. Mutations in a single gene used for signaling (binK) were sufficient to transform V. fischeri that were poor at co­loni­zing squid into super symbionts. How fascinating that it takes so little to become BFF (best friends forever).......

In this manuscript, Shapiro and colleagues engineer E. coli and Salmonella to express genes en­coding the assembly of gas vesicles, and show that the gas-vesicle-harboring cells can be imaged non-invasively using ultrasound. This manuscript makes a startling and creative leap from gas vesicles, esoteric structures used to control bacterial buoyancy, to a new imaging modality that has high spatial resolution and can penetrate tissue.

Structure of phycobilisome from the red alga Griffithsia pacifica

The authors report the structure of the main light-harvesting complex in cyanobacteria and red algae, the phycobilisome, at 3.5 Å resolution using cryo-electron microscopy. This technolog allows the study of protein structure at near-atomic resolution and determine protein domain organi­za­tion and amino acid interactions "just by looking at the microscope." The dominating role that X-ray crystallography has played in structural biology is now challenged by cryo-electron mi­cro­sco­py, as it does not require making protein crystals, it allows the study of protein structures in their native environments, in whole cells.

Pollen has a microbiome: implications for plant reproduction, insect pollination and human allergies.

I agree with the author that it is 'obvious' that pollen has its own microbiome. What excited me about this think piece are the research questions posed throughout, and their relevance to mi­cro­biome innovation. The article also reminded me, from an aerosol science and air quality per­spec­tive, of the value of developing cost-effective technologies to characterize pollen ecosystems.

The list of remarkable examples of non-conventional substrate use by microbial metalloenzymes is growing and changing our perceptions of their functional potential in the environment. In an elegant collaboration between bacterial geneticists, biochemists, and microbiologists, Zheng and colleagues demonstrate expanded functionality for the iron-only form of nitrogenase, revealing that this enzyme not only catalyzes nitrogen fixation, but is also capable of direct reduction of carbon dioxide to methane. Remarkably, and of significance to microbial ecologists, methane was produced in sufficient quantities to support the growth of a methanotrophic bacterium in co-cul­ture. This defies conventional wisdom, but as we are learning, microbial ecology has just begun to unveil the diversity of metabolic and collaborative possibilities on Earth.