In his recent murder mystery post Dial "V" for Murder, Christoph stated that fewer that 30 out of STC's 1,200+ posts had dealt with the topic of horizontal gene transfer. Considering the cardinal role of that process in the evolutionary history of microbes, such a small fraction of posts – relative to the importance of the subject matter – led him to argue that one more post on the topic would not prove redundant. I fully agreed. But more importantly, his point got me thinking (always a good thing, to think... ). About what? About the fact that many small things probably think (if indeed they could think ) that they are not being adequately considered in Small Things Considered. Do you have a favorite important microbial process that you feel has not been sufficiently considered in the blog? If so, please let us know. In the meantime, here's mine: the invisible chefs. Considering the multitude of microbial processes involved in making delicious and nutritious foods and beverages – think cheese, pickles, sauerkraut, salami, soy sauce, beer, wine, sake, coffee, chocolate, the list goes on and on – they have received surprisingly scant coverage in our blog. Scant but not zero. Cheese, for one, has been discussed through a link to an ASM 2014 video featuring Rachel Dutton – then at Harvard, now at UCSD – and Mateo Kehler from Jasper Hill Farm, a creamery and cheese factory. And there was also Daniel's "Microbial Cheesey Communities" in 2015. 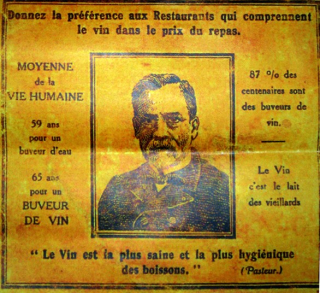 Figure 1. Photograph of an well-aged Pasteur and wine poster found at a roadside café in Southern France. (Source: Roberto Kolter).

What about that noble beverage, wine? In Pasteur's words, "le vin est la plus saine et la plus higiénique des boissons." STC has indeed paid homage to the healthiest and most hygienic beverage of all, albeit somewhat indirectly. There was Elio's "recent" post describing the finding that several volatiles produced by yeast during winemaking are not only delightful to humans, they are powerful attractants for fruit flies. In visiting your wine glass – and presumably fermenting grapes in the wild – the flies serve to disseminate the yeast. And then there was – much earlier in STC history – the reprint of a "classic" enological text, John Ingraham's description of his encounter with malolactic fermentation in the 1950s and his discovery of strain ML-34, now known as Oenococcus oeni (from the Greek, oinos, for wine). Thanks John, for that and for so much more! Now consider this… If the key microbial details of winemaking have been discovered so very recently in human history – witness the role that Saccharomyces cerevisiae plays in alcoholic fermentation (Louis Pasteur in the late 1800s) and the role that O. oeni plays in malolactic fermentation (John Ingraham in the mid-1900s) – is "wine culture" a relatively recent fruit of human civilization? Tut, tut!

At its most basic, it's not much of a stretch to say that winemaking "just happens." Take some grapes, squeeze the juice out, let that sit, and the resident yeast will convert the glucose in the juice to ethanol. Voilá, you have wine. Although it might not be something so delightful as to have with dinner, in a formal sense it is wine. The ease with which grape juice can be fermented into wine did not escape the notice of humans of antiquity. As a result, wine became central in the shaping of civilization. Winemaking began in ancient times, going back several millennia, and eventually spread around the world. But exactly how long ago? How can we go about obtaining direct evidence for some of the earliest dates of the relationship between Homo sapiens and S. cerevisiae through fermented grape juice?

Enter the field of biomolecular archaeology and allow me to introduce you to one of its primary exponents, Patrick McGovern, Director of the Biomolecular Archaeology Laboratory for Cuisine, Fermented Beverages, and Health of the University of Pennsylvania Museum of Archaeology and Anthropology. Among his followers, McGovern is sometimes referred to as the "Indiana Jones of Ancient Ales, Wines, and Extreme Beverages." Even though the interdisciplinary field of biomolecular archaeology is now reasonably established and has transformed the way archeological work is carried out worldwide, a summary is warranted in case some of you in the STC audience are not familiar with it. Briefly, the idea is to obtain the best possible samples through sound archaeological criteria and then analyze the samples using physicochemical methods, including radiocarbon dating, liquid and gas chromatography coupled to sensitive mass spectroscopy and, when appropriate, nucleic acid sequencing, of course! This all makes sense and one would imagine that the application of rigorous scientific methodologies was always part and parcel of archaeology. However, biomolecular archaeology only came into its own during the last three or four decades, its late appearance – according to McGovern – probably being the result of the difficulties in bridging "the divide between the sciences and humanities in general – the seemingly irreconcilable 'two cultures' of C. P. Snow." Among the prime examples of success stories in biomolecular archaeology has been the search for the oldest direct physical evidence of winemaking by ancient humans. While there are numerous publications covering this quest, the latest was a paper published last year reporting winemaking dating back 8,000 years. 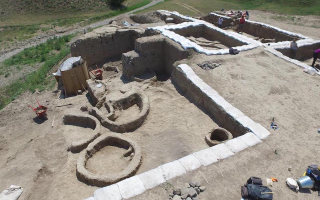 Figure 2.  A photograph taken by a drone of excavations at the Gadachrili Gora site (photo by Stephen Batiuk). Source

The authors chose a region within the Republic of Georgia, just south of the capital city of Tbilisi, as the archeological site to focus their studies. Several criteria led them to choose this region. For one, within the near East, this region was known as a hotbed of human experimentation – marked by the transition from hunting and gathering to agriculture and thus the creating of the first year-round settlements – following the last Ice Age, during the Neolithic period (~10,000 to ~5,000 BC). The region under study encompasses a number of small villages where some of the most ancient Neolithic pottery has been found. 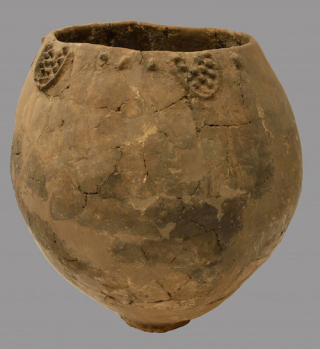 Some of the jars that have been reconstructed from these ancient villages hinted at the fact that they were used as wine container. Notice, for example, the clusters of clay globules at the top of the jar. These have been interpreted as grape clusters. By the way, these jars can be up to a meter in height and capable of holding upwards of 300 liters. If indeed they held wine, we are talking about rather serious production for such small settlements! Importantly, new excavations of these sites were carried out in 2012–2013 and 2015–2016. This meant that pottery sherds were treated quite differently than they would have been just a few decades before, as a consequence of the advances of biomolecular archaeology. For example, no more of the traditional washing in dilute HCl which would have altered or destroyed ancient organic molecules. In addition, standardized methodologies used for radiocarbon dating led to very accurate chronology of the areas uncovered during the new excavations. The sherds most recently excavated from these sites were shown to be from 6,000–5,800 BC, some 8,000 years ago! With all of this materials and information, the authors set out to determine if the ancient sherds had evidence that they were indeed the remains of wine vessels.

Let's pause here and think. What biomarker would you use if you were tasked with finding direct physical evidence for ancient traces of wine? Maybe you already know. But if you don't, and I certainly did not know beforehand, you might find it a useful exercise to try a few educated guesses. As an enthusiast of microbes, you might think that isolating S. cerevisiae from the sherds, but not from adjacent soils, would be proof. But would the original yeast cells have survived? Probably not. Then perhaps the yeast DNA might still be there. Here again, probably not. I thought perhaps that the grape seeds should remain. It seems I was wrong – the few seeds that have been found at the sites seem to have been carried there by burrowing animals. Radiocarbon dating of these seeds showed them to be modern, post-1600 AD. Grape seeds likely do not survive millennia, unless carbonized through burning. As it turns out, the key biomolecular marker used as evidence for the presence of ancient grape juice/wine in these vessels is tartaric acid. 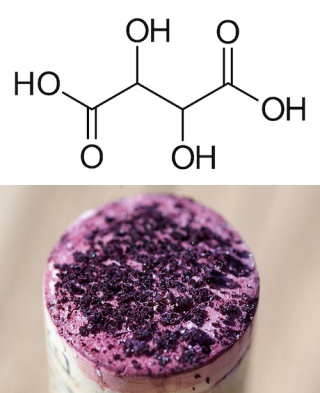 Why tartaric acid? It just so happens that grapes have an unusually high concentration of this small organic acid and its concentration remains high in wine. You might have noticed small crystals that sometimes grow on the cork and on the bottom of wine bottles, those are tartrates. For the wine itself, tartaric acid lowers the pH during fermentation, preventing the growth of spoilage bacteria and acts as a preservative during aging. As for the mouthfeel of a wine, tartaric acid confers part of its tartness. But importantly, tartaric acid can last for millennia in pot sherds. Finally, no other plants in the region studied contain such high concentration of tartaric acid. In fact, the soil in the vicinity of the sherds analyzed only contained significantly lower amounts of tartaric acid. Indeed, after the investigators extracted and analyzed small organic acids from ancient pot sherds (using LC-MS-MS), they found some sherds contained 3- to 44-fold more tartaric acid than adjacent soil samples. These most recent findings add some five hundred years to wine making in the near East; prior analyses had identified winemaking in present-day Iran as dating back 7,000–7500 years. The record holders to date, however, are 9,000-year-old vessels from China that appear to have contained a fermented drink made from rice, honey and – maybe – grapes.

The authors offer these statements as part of the significance of their findings: "Wine is central to civilization as we know it in the West. As a medicine, social lubricant, mind-altering substance, and highly valued commodity, wine became the focus of religious cults, pharmacopoeias, cuisines, economies, and society in the ancient Near East. This wine culture subsequently spread around the globe. Viniculture illustrates human ingenuity in developing horticultural and winemaking techniques, such as domestication, propagation, selection of desirable traits, wine presses, suitable containers and closures, and so on." I suggest their results beautifully illustrate our longstanding ability to domesticate microbes for our mutual benefit. Cheers!