As much as we prefer to talk about the Small Things there are instances where we have to con­sid­er how to find them in the first place, here in our blog. Turns out this is a nuisance when using our search function, which is prominently placed at the top of the right column of our webpage. We will not disclose which hemisphere of our brains was more active, that is, embarrassed (Figure 1), and which words were exchanged among us when we found out that our search function is of ex­tremely limited use for us as authors – when trying to recall and inspect previous posts on a topic. And we assume that it's even less useful for you, our Readers. We will briefly report on known is­sues with our search, and offer a workaround solution. 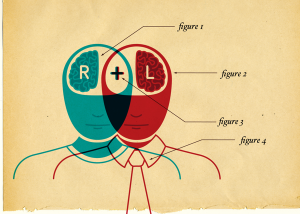 Here's a case study. Maybe you remember vaguely that Elio once mused "Why Did Jacques Monod Not Become Ole Maaløe"? You'd really like to read it again! Too bad, because most certainly you do not remember the title, and not the year and month when it was published, not exactly. So our Archives aren't useful in finding this post, unfortunately. Also, you will hardly recall that is was pub­lished in our Odds & Ends category, but in any case you'd probably refuse to scroll through all 260 entries in this ca­tegory. Alors, quoi faire?  Hey, since STC introduced the new layout back in 2014 we have – also in the mobile ver­sion – a 'search' function. Enter "Jaques Monod" and… be frustrated to get no results. Ah, there was a typo in the name, repeat entering "Jacques Monod", and there you are: "Why Did Jacques Monod…" Fine. The STC search doesn't tolerate typos, which is so last-century. But in case you just remember Ole Maaløe, not Jaques/Jacques Monod. Enter "Ole Maaløe" and… be frustrated to get no results, again. No typo this time! Yet "ø" is not one of the ASCII characters recognized by STC's search engine. Also much last-century but a fact you cannot know, of course (also we at STC learned that just recently ). Repeat entering "Ole Maaloe" and… you will find the desired post once Typepad, our webhoster, has updated its keyword data­base for STC's search function, which may take a while (disclosure: we've now added "Maaloe" to the keywords ). It gets even worse… You might recall a post by an invited author and so you search by their name. Well, you sometimes might find the post but quite often you wont. Argh… In short, STC's search function is quite last-century and this-century frustrating (or shall we say useless?? ). Please accept our apologies.

Conclusion: unless you're a fan of long-distance searching and refractory to frustration we suggest you resort to one of the major search engines, that is, Google, Yahoo!, bing, or DuckDuckGo (the latter does not track ). They will serve you instantly when you start your search with "small thing considered" and than add "Jaques Monod" or "Jacques Monod", "Ole Maaløe" or "Ole Maaloe". You find the desired entry among the first five hits, and even including more typos wont derail them. So that's the fastest and easiest way.

Of course you could ask Siri for the link to any of our posts, but that's another adventure we will not embark on here.