The Loss of An Old Army Buddy

Allan Campbell died recently, and science lost an eminent microbial geneticist. He discovered truly central mechanisms in phage biology, for example, how temperate phage integrate into the geno­me of their host and how they exit from it (the Campbell Model, see frontpage). And I lost a trea­sur­ed pal, as Allan and I were barracks-mates in the Army. Let me dwell on this for a bit. 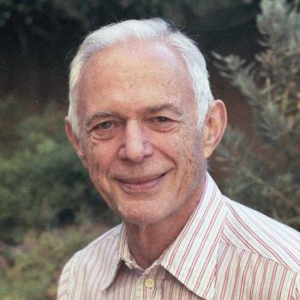 In the days of the Korean War, practically everybody of the right age got drafted. Luckily, based on missteps du­ring the second World War (when Ph.D. scientist were made to drive trucks), the U.S. Army realized the bonanza represented by a large number of recently drafted scien­tists. So, they sent many of us to military labs. A number of us were stationed at the Walter Reed Army Institute of Research, some of us to do actual research, others scut-work (I was among the lucky and came out of this expe­ri­ence with three reasonable papers. See one here). We were enlisted men, having chosen not to become offic­ers, which would have required a longer period of service than our two years. And, unless married and residing off-post, we lived in a barracks. Picture Barracks 70, which had some 30 people, half of whom were new Ph.Ds. (Sto­ries abound, like, how we used concentrated nitric acid to clean the toilet bowl for inspection, which rendered them spotless, but not without interesting consequences on the piping).

Allan and I were there at about the same time. It didn't take long to appreciate what a superior mind he possessed and how I better listen to what he had to say. I remember one hot weekend when Allan was laying on his bunk in his shorts (we had no air conditioning and the heat was bru­tal) and mumbling something to the effect that "Everything that has ever been done, has to be done over!" I listened. He was reading a paper by Lark and Maaløe about synchronizing the bac­te­rial cell cycle. Allan allowed that regular, asynchronously dividing cultures may be hiding events that may fluctuate over the cell cycle. The work had been done in Copenhagen, which promptly caused me to apply there for a postdoc there. I ended up spending two very happy and productive years there, thanks to Allan.

However, Allan was not totally correct in his pronouncement. The technique used by Lark and Maaløe to synchronize the cultures was to expose them to two temperatures, which, it turns out, introduces artifacts. When more appropriate techniques were introduced (for example, the 'baby machine' of Helmstetter and Cooper), the only events in the bacterial cell cycle to emerge were the initiation and termination of chromosome replication, and cell division. Everything else appears to proceed more or less apace, without strong punctuation marks (see Cooper's book Bacterial Growth and Division).

Allan Campbell was not often wrong, and I cite this instance as an exception. His footprint on mi­crobial genetics and molecular biology has been nothing short of magnificent. I feel honored and privileged to have known him through the years.