To The Bottom of the Sea 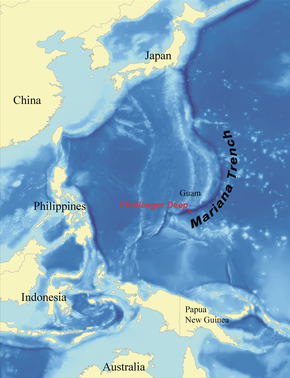 Are there instances of water-containing sites on Earth that (pardon the expression) have not yet been metagenomicized? Surely many remain, but their numbers must be dwindling quite rapidly. Among the last frontiers to succumb to genomic analysis are the deepest parts of the ocean. Recall that the deepest furrow on the Earth’s surface is the Mariana Trench, located in the western Pacific. (Figure 1 here) It includes a mile-wide gorge called the Challenger Deep that is the deepest point known, nearly 11 Km from the ocean surface. As the Wikipedia tells us: “For comparison: if Mount Everest were dropped into the trench at this point, its peak would still be over 2 kilometers (1.2 mi) under water.“ For how it was formed, see here. Not unexpectedly, this is hardly the most visited nor most often sampled site on the globe. It has been visited a few times by both unmanned and manned vehicles, such as the Deepsea Challenger that in 2012 carried the film director James Cameron. Samples from this site have been obtained via a lander vehicle or ‘underwater elevator’ and their microbiomes analyzed. For more about these most recondite places, I recommend a delightful piece by Jennifer Frazer. As she points out, no scary monsters like the giant squid Kraken have been seen at these depths.

A recent report in mSystems deals with a metagenomic study of samples from two Mariana Trench sites, the Challenger Deep and the Sirena Deep. Samples were collected in December,  2014 during a cruise of the Falkor, a marine research vessel of the Schmidt Ocean Institute (see here). These sites are rich in life, especially protists, multicellular invertebrates, and of course bacteria. Most of these life forms await further investigation, especially concerning their genomes. Since so many species are found here, the investigators had to make choices: they opted for the gut microbiome of amphipods, prominent members of the local biota. Amphipods are large shrimp-looking creatures that are the main scavengers (‘detritovores’) at these sites. Detritovory, aka carrion-feeding, refers to the eating of food that falls manna-like from above. This is the main source of nourishment for organisms living at the bottom of the oceans. 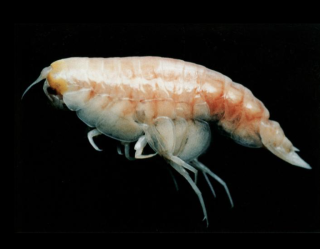 Figure 2. A Hirondellea gigas specimen collected at a depth of 35,820 feet in the Mariana Trench‘s Challenger Deep. Source

The investigators focused on the gut microbiota  of the large amphipod, Hirondellea gigas, a common denizen at depths over 10,000 meters. (Figure 2 here) The species name is fitting because individuals can reach a surprising 30 cm. in length. (The genus name, btw, refers to that of the 19th century Monaco marine research vessel, La Hirondelle – the swallow.)  The gut microbiome of H. gigas is dominated by a species of  Psychromonas, a cold- and salt-loving member of the Gammaproteobacteria. This particular not yet named species, here designated as CDP1, has not been found living free anywhere. It alone accounts for 12.5-60.5% if the total gut microbiome of H. gigas (the rest of the microbiome must wait).

CDP1 has quite a small genome, around 1.6 Mb. It codes for some 1,600 genes, which is less than half those of its kindred free-living Psychromonas (although this is similar in size to some free-living bacteria, such as the 1.6 Mb genome of Pelagibacter). Further genomic economy is seen in the length of the intergenic regions, which, again, are about half what is found in other psychromonads. So, this strain has undergone severe genomic reduction. This is a fascinating topic that we recently discussed in this blog. It is common among symbiotic bacteria, who can achieve economy by shedding genes for functions that can be supplied by their host.

What kind of genes have been retained and what kind are missing? Present are the genes for macromolecular synthesis, anaerobic respiration, and central carbohydrate metabolism, to include the utilization of a variety of carbon sources such as carbohydrates, proteins, and nucleic acids. Transcriptomic analysis of CDP1 shows that many of these genes are actively expressed in two different intestinal locations of H. gigas, the midgut and the hindgut. Thus, the bacteria are alive and well at these sites, which implies that their obliging host supplies the essential function for the genes they lack. This explains why organisms like CDP-1 cannot thrive outside their host and are likely to be transmitted vertically to their host’s offspring.

Of special interest is that CDP-1 lacks the operon for the reduction of an important metabolite, trimethylamine N-oxide (TMAO). In fish, this operon converts TMAO into the volatile trimethylamine (TMA, which is what makes spoiled fish smelly). In bacteria, TMAO has two known functions: it is an important electron acceptor in anaerobic respiration and, as a piezolyte, it protects proteins from the effects of high pressure. In fish and invertebrates, the deeper they live, the more TMAO they contain. In the words of the authors, ‘The absence of the torCAD operon in the CDP1 genome suggests that the piezolyte function of TMAO (perhaps benefiting both the host and the symbiont) is more important than its function in respiration. That is, deletion of the tor operon leads to the consequence that TMAO can be accumulated to function as a piezolyte. Therefore, deletion of the tor system in CDP1 could be explained by the hydrostatic stress response of the host and the gut microbiota.‘ Here, genomic reduction is not just an economic thing to do, it’s beneficial in a positive sense.

No one has yet figured out what’s in this symbiosis for the amphipod host. What benefit does it derive from the Psychromonas, as well as from the rest of its intestinal microbiome? Not easy to study, as the rearing of amphipods in a lab may require some intricate maneuvers. But what we have learned about the bacteria is that even at the bottom of the ocean some of them have evolved a parsimonious life style. This include reducing their genome size to whatever is needed and little more. This penny-pinching strategy, then, is manifested not only near the surface of the Earth but also in its farthest reaches. We can state with ever deeper confidence that living things are wonderful at adapting to their circumstances, even in the ‘hole at the bottom of the sea’.