How Bacteria on our Skin Might Prevent Skin Cancer

The skin is the largest organ in the human body and is home to diverse microbial communities. While this may be unsettling for some germophobes, recent work has uncovered potential health benefits from bacteria that are part of our normal skin microbiomes. We have known for some time that skin microbes can produce antimicrobial peptides that inhibit the growth of infec­tious microbes. Now we learn that bacteria within our skin microbiome produce anti-cancer compounds.

Researchers in the lab of Richard Gallo at the University of California at San Diego found a mole­cule, 6-N-hydroxyaminopurine (or 6-HAP), produced by a non-pathogenic Staphylococcus species with remarkable properties. They first found that this molecule inhibits the growth of Staphylo­coc­cus aureus and Group A streptococci, and thought of it as a new weapon to combat related skin diseases. But they also noticed that the molecule has a curious structure: its purine backbone ring nearly mirrors the purine backbone of adenine. This inspired further experiments to test whether 6-HAP affects DNA synthesis. Sure enough, with some clever molecular biology, they found that 6-HAP inhibited adenine-thymine base pairing and stopped DNA synthesis 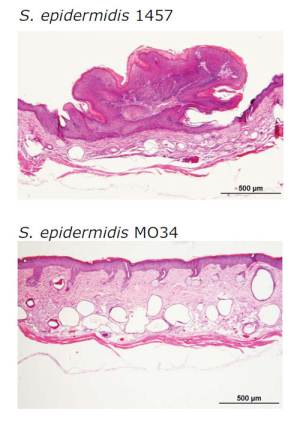 Based on this molecular mechanism, the investigators made an unexpected finding, that 6-HAP inhibits DNA synthesis in three different cancer cell lines. The inhibi­tion was specific for cancer cells, with no effect on heal­thy skin keratinocytes. The group proposed that this specificity is due to mitochondrial amidoxime-reducing components (mARCs), which detoxify N-hydroxylated base analogs like 6-HAP. This system is present in resist­ant cell lines and absent in sensitive cancer cell lines. The idea is that cancer cell lines missing the mARC complex are unable to metabolize 6HAP, making them susceptible to it. To support these findings, the authors performed gene silencing experiments for the mARCs genes. Silenc­ing partly eliminated cell resistance to 6-HAP, further im­plicating mARCs in the selective resistance of non-tumor cells.

There was a big question left to answer though: could 6-HAP inhibit cancer in vivo? To answer this, the resear­chers injected 6-HAP intravenously into mice inoculated with a rapidly growing melanoma cell line. The result was a decrease in tumor size of 60% or more, indicating that 6-HAP does indeed function within whole animals. 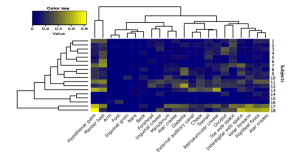 Since 6-HAP selectively suppresses tumor cell lines both in vitro and in vivo and is produced by S. epidermidis, the group further hypothesized that these skin bacteria pro­tect against skin tumor formation. To test this, they indu­ced a skin tumor in mice using UV-B irradiation. In some treatments, during irradiation they applied S. epidermidis to mouse skin at cell densities like those found on the hu­man skin. Over the course of 12 weeks, the group treated with the 6-HAP-producing S. epidermidis had a delayed onset and a reduced number of skin tumors when com­pared to mice treated with strains that did not produce 6-HAP. There is good reason to think that these findings may have real relevance for human health. 6-HAP is made by many human isolates of S. epidermis and metagenome sequencing identified genes responsible for the synthesis of 6-HAP in S. epidermidis from every subject of an 18-person study. Thus, the ability to produce 6-HAP seems to be very common in S. epidermidis strains of the human skin microbiome.

A promising role in preventing skin tumors underlines the positive impacts that S. epidermidis and other microbes may have on human health. In addition to producing antimicrobial peptides and other com­pounds to fend off pathogens, microbes train the host immune system, catabolize com­pounds that human cells cannot break down, and can even guide normal host tissue develop­ment. You never know where the microbial world may lead us! 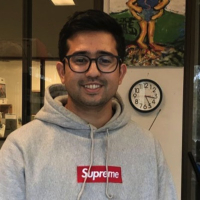 Jammal Abu-khazneh is a graduate student in Ethan Bier’s lab at the University of California San Diego. He is working on under­standing the pigmentation pathway of anthrax patients using a fruit fly model system. 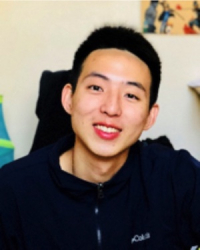