« Needles in a Metagenomic Haystack:Hunting for Molecular Plastic-Chewers | Main | Rounding up the Honey Bees (1) »

State of the World's Fungi 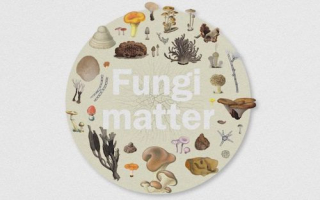 To most of our readers, it will come as no surprise that here at STC we are fascinated with the world of fungi. Elio's remarkable knowledge of mushrooms along with the many posts we've written on fungi (search the web using "small things considered fungomania" for a small selection of these) attest to this fact. So, it is only natural that we would want to bring to the attention of our readers an outstanding new report on fungi from the Kew Royal Botanic Garden. It makes for great reading and clearly points out the many roles that fungi play on the functioning of Earth's biosphere.

The "official" report comes as a full-length (nearly 100 page) freely downloadable pdf version – chalk full of information and stunning photography – that can serve as an excellent teaching tool to get students quickly and deeply immersed on the subject matter. And the authors have provided a web-based interactive version that provides a quick overview of the report, perfectly suited to our current era's thirst for quick information gathering.

The report starts by introducing the fungi and their phylogeny. Recall that fungi are more closely related to animals than to plants. To me this points to something key in light of who produced this report, the Kew Royal Botanic Garden. When it comes to studying living systems, it's important that the artificial boundaries we like to use to describe these systems – for example botany, zoology – do not ever serve to limit our view of what's out there. Which is why I so much like the fact that here at STC, where we focus on small life forms (for example fungal yeast cells), we don't forget that fungi have larger manifestations (think mushrooms). Life manifests as a continuum of sizes so always keep in mind that the boundaries we set as microbial or macrobial are artificial.

Readers will then get to delight on the excitement of new species discoveries, the usefulness of fungi in areas as different as food production and bioremediation, and efforts at classifying fungi through large-scale genome sequencing. The report also covers the importance of fungal-plant interactions both in promoting plant health and causing widespread plant disease. The example of how quickly ash dieback disease, caused by the recently identified fungus Hymenoscyphus fraxineus, vividly shows the dramatic effects that a single pathogen can have on the planet's ecosystems. This serves as the perfect background introduction to the final two sections of the report. One on the effects of climate change on fungal ecology and one of current efforts to catalog the current status of the world's fungi and initial conservation efforts at protecting endangered species.

Moselio Schaechter on November 08, 2018 at 04:00 AM in Ecology, Evolution, Fungi, Teachers Corner | Permalink