It Comes With The Terroir

There is something very special about wine, at least for my taste. I do, however, admit to the pos­si­bility that many of our readers will wonder what's the big deal about the beverage, it's just fer­mented grape juice after all. But whether you absolutely love the thought of enjoying that trea­sured bottle that you've been aging in your cellar for years or you simply can't palate the stuff, there's no denying that wine has been an important component of human culture for millennia. We've discussed the fact that some of the earliest human settlements show evidence of wine pro­duction here in STC. And it should have been no surprise that we chose to replay John Ingraham's enological classic on the discovery of bacteria responsible for malolactic fermentation in wine a couple of weeks ago as the end-of-year celebrations come nearer. Following in that spirit, I write to you today about how, perhaps not surprisingly, the metagenomics craze has penetrated the culture of wine. But first a little personal background.

I do love wine. Very much. But my knowledge of wine is rudimentary at best, at least compared to that of some of my closest friends. I know that Cabernet Sauvignons are red and Sauvignon Blancs are white. But I have been know to fail to identify the wine when blindfolded and served a Pinot Noir and a Pinot Blanc side by side and at the same temperature. Just so you know. When it comes to some of my favorite wines, Malbecs from Mendoza (Argentina) are the first to come to mind. And there is no doubt in my mind that Malbecs from Cahors (France) do not even come close. Apo­­logies to those of you who love the French Malbecs, though you probably dislike the ones from Argentina. But are those disparities I perceive in the wines from those two regions due to differences in the location where the grapes were grown or are they due to the ways the grapes are grown and the wines produced? From my perspective, it's all about how the viticulturist cares for the vines and how the enologist proceeds in making the wine. "No, no, no!" scream the wine cognoscenti, "viticulturists and enologists aside, it's all about the terroir!" Terroir? 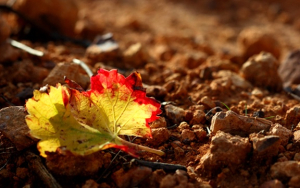 Figure 1. Terroir is said to come mostly from climate and soil. (Source)

What on Earth is  terroir? The pun is intended as earth is terra in Latin from where English gets such words as terrain and territory. But there is no simple English trans­lation for the French word terroir. Terroir emcompasses many factors of any given location that affect grapes and therefore the wine. Mostly it's about the climate and the soil, but basically it’s anything that producers feel is be­yond human control. Terroir is "big time" in the wine in­dustry as it is used to designate wine appellations, the legal definitions of specific wine growing regions. Thus, the characteristics of different terroirs are thrown around among wine professionals and aficionados alike. Importantly, connoisseurs are said to be able to taste the terroir in a wine and thus identify a wine's origin. Lucky for them! From all the wine I've drunk I've yet to taste terroir! But still, I find it extremely intriguing. Is there something real about the local terroir that makes its way into the final product to yield regionally distinct wine charac­ter­is­tics? People have been arguing about this for a long time without reaching agreement. And, as of lately, microbes have come into the picture.

That microbes would be part of terroir makes sense, doesn't it? After all, microbes are part of eve­ry environment and their activities help shape their environment. The first inklings indicating that this is indeed is the case came from a wonderful paper by Nicholas Bokulich and colleagues from the group of David Mills at UC Davis, a place with a long tradition of outstanding academic eno­lo­gy. The authors applied in full force a culture-independent approach to assess the microbial com­munity composition of diverse grape musts (destemmed crushed grapes already at the winery, ready for fermentation to begin). Their approach itself was not novel: high-throughput short am­pli­con sequencing followed by the requisite constellation of statistical analyses that are the bread and butter of metagenomics. What was novel was the subject matter - they carried out their study using nearly 300 samples of grape musts of different grape varieties from four of the major grape growing regions of California of the 2010 and 2012 vintages. Aside from the long list of "who's there" (unavoidable in these sorts of studies) their results hinted at the fact that regional, site-spe­cific, and grape variety factors shaped the fungal and bacterial consortia present in grape musts. They were also able to correlate the microbial community compositions with specific climatic feat­ures. 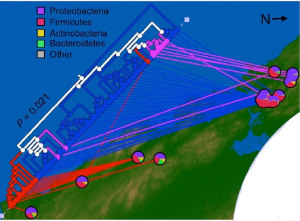 These results led them to conclude that vineyard envi­ronments and microbial community are linked and that this non-random distribution suggests the existence of a "microbial terroir" that could underlie the regional varia­tion among wine grapes. Quite exciting that microbes might be in part contributing to terroir! The authors go on to speculate on the implications of their results: "These exploratory findings pose a paradigm shift in our under­stan­d­ing of food and agricultural systems beyond grape and wine production, wherein microbial communities play active roles in product quality characteristics." I agree on the possible implications of their results but "paradigm shift" suggests a change in worldview akin to the Copernican revolution, which their results are not going to generate - exciting as they might be. Perhaps they should re-read Thomas Kuhn. Quibbling aside, I do believe this is a landmark paper in the field of grape metagenomics.

Bokulich and colleagues followed that initial report with a perhaps even more striking paper. In their sequel, they showed a correlation between the com­mu­nity composition of grape must with the metabolome in finished wines. They were even able to predict metabolite abundances in finished wine based on the microbial community composition of the starting product. As is the case for most metagenomic studies, their combined results pro­vide correlations, but causality - whether microbial activities themselves are responsible in part for aspects of the terroir - is a different matter. As the authors say in their closing remarks: "We iden­tify numerous associations between the wine microbiome and metabolome, and future studies are ne­cessary to establish causative links between the microbial consortia, wine metabolites, and sensory characteristics."

In those two papers, the authors decide to use grape must as a proxy for the grapes themselves. The justification for this choice is that grape must "represents the junction between grape surface and fermentation microbiota, when all grape-derived microbial inputs are present but inoculation and the onset of fermentation has not yet altered this community." Understood. But still, I've always reck­oned that a lot happens from the moment the grapes are harvested to when the must is pro­duced. From personal experience I know that after harvesting, the grapes begin to get crushed under their own weight. In addition, their their temperature increases during transportation which is often several hours. Then the grapes are sorted, destemmed and crushed at the winery, which is endowed with its own microbiome as well. All of these facts are likely to lead to changes in the microbial communities present. No doubt that carrying out microbial community composition analyses on the grapes themselves, immediately after they are cut from the vine, would be a worthwhile study. That is why I was so pleased to read a paper, by Valerio Mezzasalma and collea­gues from Massimo Labra's group at the University of Milan, looking directly at what's on the grape and how those communities evolve as the grapes are turned into must and then into wine. 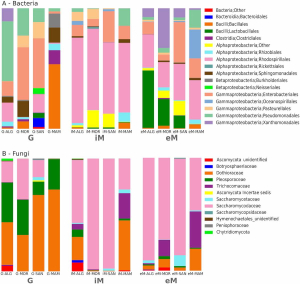 (Click to enlarge) Figure 3. Relative abundance of bacterial orders (A) and fungi families (B) recovered in G, iM, and eM samples at each Sardinian sampling locality. (Source)

This paper describes a study based in the Italian island of Sardinia. (Wish I had been invited to be part of the study!) The authors chose the location based, in part, on the fact that the conditions there are such that the local grape variety, Cannonau, is grown in different areas of the is­land, each with its own terroir. (For you wine aficionados, Cannonau is known as Garnacha or Grenache else­where.) They chose four areas Algero (ALG), Mores (MOR), Santadi (SAN) and Mamoiada (MAM) and sampled grapes (G), initial must (iM) and end must (eM). To control for winery-to-winery variation, they took all grapes col­lected and processed them at a single winery. Their re­sults corroborated my sense that changes in community composition can and do occur between grapes on the vine and initial must. The taxa abundance chart shown in the figure brings this point home. Notice how the pat­terns differ between the G and iM samples for all four locations for both bacterial and fungal taxa. The authors went one step further, which yielded another striking result from their work. When they looked at the bacterial taxa found on the grapes, they discovered that each location had its own private taxon signature! Now, if there is a possibility for unique contributions to flavor and aroma development as the grapes mature and then are turned into wine, it might come from those taxa that are unique to each region. That would be a wonderful gain in our understanding of the microbial contribution to terroir! But alas, these authors did not tell us anything about the metabolome of the finished wine. Not even a description of how the wine tasted, that is, could they still detect each individual terroir? I afraid we'll have to await the results of future studies. Nonetheless, it is nice to see that we are making great progress in our understanding of the subtler roles that microbes play in the making of that beverage that has accompanied humanity for so much of its history. A votre santé!