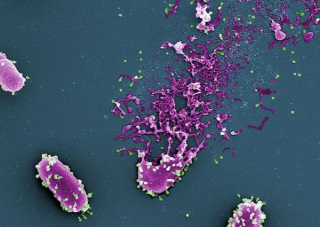 Has there ever been a more perplexing topic in microbio­logy than phage therapy? Well, that of probiotics comes close. Both have an over 100-year history, both have pro­ponents as well as detractors, both have seen major in­vestments in research and commercialization. Successes have been unambiguously documented for instances of phage therapy as well as for the benefits of probiotics. And yet, despite such accomplishments, neither have seen universal acceptance. Perhaps the most obvious reason is that few extensive, long range, double blind studies have been carried out. These are challenging both in the fields of infectious disease and nutrition.

To stick to phage therapy, the subject has gained recent currency in view of the rise in microbial resistance to an­tibiotics, which demands alternatives to antimicrobial che­motherapy. The list of potential advantages of phage therapy is long and includes higher target specificity. Although bacteria readily become resistant to phages, coming up with a different phage strain is a piece of cake compared with developing a new effective antibiotic. Disadvantages exist as well, mainly concerning the need to use individual phage cocktails for each patient, which requires much specialized work. Plus, it is difficult to obtain permissions to use them from regu­la­tory agencies as well as to patent phage cocktails

Phage therapy made the news in the U.S. not long ago because of an instance where it appears to have saved the life of a very sick patient. As reported here, a 68 year old diabetic patient was near death due to a necrotizing pan­creatitis complicated by infection with a multiple drug re­sistant strain of Acinetobacter baumannii. Antibiotics didn’t work, but the intravenous administration of a cocktail of nine different lytic phage isolated from sewage and the en­vironment and proven active against this organism led to rapid clinical improvement. It resulted in the patient re­turning to health. This experience was influential in the founding of a "Center for Innovative Phage Applications and Therapeutics" at a major medical institution, the Uni­versity of California at San Diego. Substantial phage cen­ters have existed in several Eastern European countries for many years. Among the oldest and  much worth men­tioning are the Hirszfeld Institute of Immunology and Ex­perimental Therapy in Wrocław, Poland and the Eliava In­stitute in Tbilisi, Republic of Georgia. But the San Diego Center is a first for an institution in the US. We wish it well.

There is palpable need for further research in phage therapy, as is well illustrated by a number of current studies. Thus, in vivo and in silico studies have shown that immuno­com­pro­mised mice with a Pseudomonas respiratory infection do not respond to phage therapy. Although in immuno­com­pe­tent mice bacteria became resistant to phages after one or two days, they were efficiently elimi­nated by neutrophils. Computer simulations further confirmed this synergy, showing that, in order to phage therapy to work, 20-50% of the bacteria must be destroyed by the innate immune response. In a separate study, researchers found that, surprisingly, phages in the intestine interact with host cell, with possible unanticipated conse­quen­ces. Surely, there is more. Even now, after all these years, it would be foolhardy to predict where phage therapy will take us.