This article is reprinted by kind permission of the author from her Scientific American blog, The Artful Ameba.

Last December, the Deep Carbon Observatory announced an astounding fact: the mass of the mi­crobes living beneath Earth's surface amounts to 15 to 23 billion tons of carbon, a sum some 245 to 385 times greater than the carbon mass of all humans. That's amazing. It wasn't so long ago we weren't even sure life at depth was possible.

But buried in the press release was a detail I found much more surprising and interesting than the mass of subterranean life: its age.

Back in the late 1920s, a scientist named Charles Lipman, a professor at the University of Califor­nia, Berkeley, began to suspect there were bacteria in rocks. Not fossil bacteria. Alive bacteria.

He had been contemplating the fact that bacteria in his laboratory could be reanimated after 40 years in dry soil in sealed bottles. If they could survive four decades, was there really any limit?

Coal seemed like a rock ripe for testing, made as it is from swamp muck. He began crushing lumps of coal to see if he could get anything to grow from the dust. He did.

Intriguingly, he found that a rehydration period of at least a few days in liquid was essential for re­vivification. If the crushed coal was wetted but immediately placed on food-infused gelatin-like agar in a Petri dish, nothing grew.

He had, of course, included controls and taken precautions to ensure no contaminants caused the growth. His draconian cleaning and sterilization procedure for the pre-crushed lumps involved scrubbing, soaking, baking, and/or pressurizing the lumps of coal for hours or days prior to pul­ve­ri­zation. In fact, he found that heating the sample for hours at 160°C never managed to kill the bacteria inside the coal. If anything, it only seemed to encourage them. The longer they were baked – up to an incredible 50 hours – the better they seemed to grow when the coal was subse­quently crushed (If his results were genuine, they may not be altogether surprising given both the conditions that create coal and the effects of heat shock proteins).

Lipman did not believe that the bacteria he coaxed from coal were alive in the sense that the bac­teria in your gut are alive. Rather, he believed that during the process of forming coal, the bacteria had dried up and entered suspended animation.

"...[T]he microorganisms found in coal are actually survivors, imprisoned in the coal at the time it was formed, from material which originally was probably very rich in microorganisms since it was peat-like in nature," he wrote in the Journal of Bacteriology.

"It is my view that here and there scattered through the masses of the coal measures an occa­­sio­nal spore or some similarly resistant resting stage of a microorganism has survived the viciss­itu­des of time and circumstance and retained its living character, its power to develop into a vegeta­tive form, and its power to multiply when conditions are rendered propitious for it."

This dessicated condition we now call anhydrobiosis, and it is in such a state that organisms like water bears can withstand the vacuum of space and bombardment with radiation.

Lipman's coal came from Wales and Pennsylvania, where some was extracted from a depth of 1,800 feet. Pennsylvania coal inspired the name of an entire geologic subperiod – the Pennsyl­van­ian.

It is at least 300 million years old.

The year was 1931. His colleagues probably thought he was nuts. But from where we sit in 2019, it's looking increasingly likely that Lipman was not nuts. The world's oldest living individuals may not be gnarled bristlecone pines or shimmering aspen clones, but tiny microbes locked in rock miles beneath the surface whose goal is to not to grow or reproduce, but simply to cheat death.

A growing number of papers published in the last decade indicate that bacteria living – many of them in a hydrated, active state – in sediments, in rocks, and in pockets and fissures buried deep underground are old beyond belief.

For instance, in the early 2000s, scientists revealed that the rate at which microbes in aquifers and sediments were breathing was vastly slower than that of microbes at the surface. The biomass turnover rates – the time in which it takes to replace the molecules in a cell – were measured on the order of hundreds to thousands of years.

"We do not know whether the microbes of these subsurface environments reproduce at these slow rates of biomass turnover," wrote Frederick Colwell and Steven D'Hondt in a review called Nature and Extent of the Deep Biosphere in 2013, "or live without dividing for millions to tens of millions of years."

A 2017 paper in PNAS found low densities of bac­te­ria (although "low" is still 50–2,000 cells per cubic centimeter) in 5 to 30 million-year-old coal and shale beds located  two kilometers beneath the floor of the Pacific Ocean off the coast of Japan.

They were still actively, if extremely slowly, living. Their generation times ranged from months to over 100 years. But this estimate was likely low, the authors conceded. The generation time of E. coli in the lab: 15 to 20 minutes.

A 2018 study published in Geobiology of microbes living in deep marine sediments in the South Pacific Gyre concluded that the fitness in such sediments is not about growing but merely sur­vi­ving. Such microbes' only food source is whatever happened to be buried with them, the authors concluded. The amount of carbon they consume for maintenance and repair each year is just 2% of the cell's own carbon content.

"Just the fact that intact microbial cells are found in this ancient habitat has remarkable im­plica­tions concerning the resilience of these organisms," the authors wrote.

In their computer models running multi-million year simulations, after four million years, all cells had ceased growth. They were merely putting whatever resources they could scrounge into keep­ing the old jalopy running, like the desperate survivors in a Mad Max film.

How long can that zero-sum game go on? Will they eventually starve? Will they metamorphose in­to the dessicated, suspended state that Charles Lipman claimed to discover in Pennsylvania coal? Or does that require the special conditions of coalification?

Evidence is also accumulating that such nutrient-deprived, superannuated bacteria are not "mi­cro­bial zombies". On the contrary, numerous studies have found that when deep subsurface mi­crobes are placed in more moderate environments, they quickly revive.

Taken together, these findings aren't as ludicrous as they may seem when you also consider that microbes buried deep beneath Earth's surface are protected from cosmic radiation – a frequent killer of the preternaturally aged – by thick overburdens of water, sediment, and/or rock (Muons, the form in which cosmic radiation reaches Earth's surface, can only penetrate tens of meters into rock). Such radiation steadily mutates the DNA of organisms living on Earth's surface.

Panspermia hypotheses that life seeded the universe by hitchhiking inside asteroids have always seemed very tin-foil hat to me. But these findings, together with the recent realization that life may have appeared on Earth almost as soon as it was possible, force me to at least reconsider. Al­though space is vast, life is insistent.

To sum up, Earth's crust appears to be simply lousy with idling, ancient bacteria parked in power-save mode, ready at nearly a moment's notice to throw the gearshift into drive. But what a life! Eons spent entombed in a dark, airless, silent matrix, barely eating, barely breathing, barely mov­ing, barely living. But not dead. Not dead.

If Charles Lipman was right, there are also bacterial cells inside our planet that began life 50 mil­lion years before dinosaurs evolved that could begin dividing again tomorrow. That... is breath­tak­ing.

But like the grail knight in Indiana Jones and the Last Crusade, for these magical effects to occur, bac­teria must remain locked within a subterranean prison. For that is the boundary, and the price, of virtual immortality. 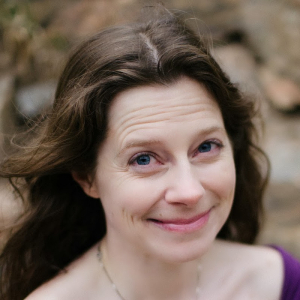 Jennifer Frazer is a AAAS Science Journalism Award-winning science writer. She has degrees in biology, plant pa­tho­lo­gy/my­co­lo­gy, and science writing, and has spent many happy hours studying life in si­tu.