The Fires of Saint Anthony – A Snippet

Just recently, after giving a very general public lecture on microbes, the discussion went – not sur­prisingly – in the direction of humans and our relationships to our microbiota. "Would you tell us about our interactions with our microbiome?" "What would you recommend to someone trying to fix their intestinal microbiota?" There was also interest in discussing the effects that microbes might have on our individual psychological attributes, reminding me of the spirited reaction to our re­cent Talmudic Question #161: "Can you imagine a way in which the microbiome is directly involved in human intelligence and/or consciousness?" It's in air, as it were, a great interest in the recognition of the effects that our microbial companions have on our particular individuality.

But then came a related question with a most interesting twist. "This might be getting into the realm of science fiction… but can you imagine us some time discovering that microbes have an effect on our behaviors at the population level, affecting the way entire communities behave?" In my mind I conjured visions of autocratic governments intentionally feeding their peoples behavior-altering microbes… but I made no mention of such bleak musings. Then, quickly, an answer arose in my mind: 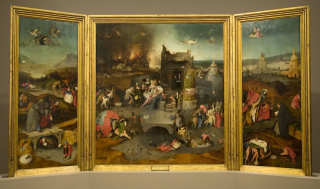 Figure 1. (click to enlarge) Tryptich of the Temptation of Saint Anthony by Hieronymus Bosch. © Paul Hermans/WikiCommons. Frontispiece: Detail from the left panel.

"You know, it already happened,  "I said. "I can think of one example, the communal madness that was not all that rare in medieval Europe, the episodes knows as Saint An­thony's Fires." There are many allegorical depictions of these instances in medieval and renaissance art. But, be­ing particularly attracted to the art of Hieronymus Bosch, I chose his Triptych of the Temptation of St. Anthony to ac­company this Thursday snippet.

There is a fungus, Claviceps purpurea, that can grow on the ears of grains. Not being able to recognize the fungus as a problem, the inhabitants of European towns during the Middle ages would sometimes consume rye infested with the fungus. The fungus produces ergot alkaloids which, when ingested, produce hallucinations, burning sensations and can lead to gan­grene and even death. Ergot alkaloids are structurally related to lysergic acid diethylamide (LSD), so imagine the effects on whole towns ingesting rye containing the fungal ergot alkaloids. Mad­ness abounded and few knew how to deal with the situation. But the The Hospital Brothers of Saint Anthony established hospitals to help the victims. That, along with the burning sensations that victims felt led to these outbreaks being known as Saint Anthony's Fires. An extreme case of microbes affecting human behavior at the level of entire communities. It made me wonder, though, whether today there may be much more subtle effects on mass human behavior that microbes might have that we still do not recognize. Or do we?