When Biology emerged as a modern science during the Renaissance, there was only one kind. By and large, the same people carried out field observations and experiments. In time, this unity of approach got lost, with the "naturalists" and the "experimentalists" going their separate ways. Sometime during the 20th century, the severance became so deep that biology departments in universities were often split into two or more, called by such terms as "Evolutionary and Environ­mental Biology" and "Cell and Molecular Biology." In general, the occupants of the two had little to say to each other. The two fields, someone said, resembled geography and geology, as one was characteristically drawn towards breadth, the other towards depth. 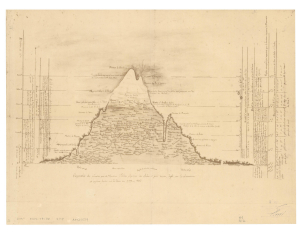 For most of my professional life, the distinction between field biology and laboratory biology has been substantial. My colleagues and I seemed content to study one or two kinds of bacteria under laboratory conditions and only ra­rely seemed concerned with the "real world." The view has been put forth that different personalities were at­trac­ted to these two approaches to biology. To overstate the point, the "naturalists" were seen as more caring, more accepting of their role as stewards of living things, whereas the "experimentalists" were thought to be more analytical, interested chiefly in how things work.

The end of the 20th century brought about a marked narrowing of this chasm, perhaps its entire closure. The lines of demarcation have become blurred and the old labels have ceased to apply. In good part, this rapproche­ment has been due to the use of molecular techniques in ecological and evolutionary studies. Think about it, any­one wishing to determine a microbiome inevitably becomes involved in ecology, since a micro­bi­o­me only make sense seen in the light of its environment. Of course, sequencing a few genomes does not an ecologist make, but it is likely to change his or her outlook on living things. The trend, then, is towards a single kind of Biology. As an aside, it is worth noting that "history," as in "natural history" is derived from the Greek word ἱστορία for "learning by inquiry," what today we name "science."

So, the breach between the lab bench and the woodland glade is becoming smaller and smaller. Halleluja!