On April 5th, the eminent biologist Sydney Brenner died aged 92. During his decades-long scienti­fic career, he had a lasting impact on biology by introducing C. elegans, the tiny nemato­de, as a model organism. But before that, in 1961, he, Francis Crick, and their collaborators were the first to prove that the code for each of the 20 amino acids was a sequence of three bases, the triplet codons. The same year, working with François Jacob and Matthew Meselson, he proved the existence of a "messenger" – a short-lived RNA transcript of the DNA sequence that is then translated into the amino acid sequence of proteins. These two concepts – the triplet code and the messenger (mRNA) – paved the way for molecular biologists around the world to complete the puzzle of linking each DNA or RNA triplet to a specific amino acid or "stop" signal. From 1994 to 2002 he wrote a humorous monthly opinion column for the jour­nal Cur­rent Biology under the (not so) pseudonym 'Uncle Syd'. We pay tribute to this wonderful scientist by quoting a short segment from his last column, a paragraph that resonates particularly well with us: 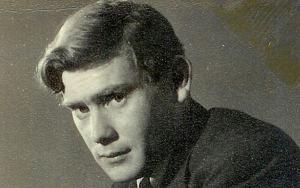 Over the years, I have lamented the disappearance of both thought and experiment from biology and the rise of 'e-bio­logy'. Something tells me, however, that we will soon see the return of older, better ways. Of course they will be practised in secret to begin with, and some practitioners may be mar­tyred for preaching heresy. But gradually, I predict, these pi­oneers will come to be recognised and followed. No longer will the man carrying an ice bucket through the corridor in a particular way be keeping his dry martinis cold while he reads his e-mail, or hastens to attend his e-meeting or to send his e-report to his e-voice-mail. If there are people out there who are doing experiments or thinking about their results, let's get in touch; just write a letter, or if you are nearby, drop in, but do not on any account send an e-mail.