Names matter a great deal in science, as, obviously, they do in all human endeavors. To a scientist, the name of the author – or the authors – of a publication is particularly cogent since a scientific discovery is fre­quent­ly associated with the name or names of the discoverer (notably, Avogadro's number, Halley's comet, Watson and Crick DNA structure, etcetera). I should note that the reten­tion of names, be they of famous scientists or of casual acquaintances, seems to be age related, so I can be excused for being so faulty in this regard (I'm 91 years old. What's your excuse?). 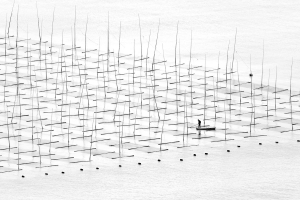 A special problem arises with the astounding proli­fe­ra­tion of research articles by Chinese authors, working both in China and elsewhere. In a recent issue of Fron­tiers in Microbiology, out of some 800 sur­names I counted about 24% as likely Chinese. The prob­lem is that Chinese surnames are relatively un­familiar to Westerners. They are difficult to associate with occupa­tions, place names, or other connections that one some­times makes with Western names. Of course, the prob­lem is reciprocal, as Western names may constitute a formidable obstacle to people from Asia and other parts of the world. The prob­lem will abate in time, as science, one hopes, fosters con­ciliation. But for now, it remains tricky. What to do?

A good place to start may be to learn something about the features of Chinese surnames. Here are a few of them:

Analogous problems arise with Korean names, which usually consist of a single syllable (Kim, Lee, Park), but perhaps less so with Japanese ones, which are more varied and usually longer.

The only advice I can come up with is to try to learn as many as possible of the names of Chinese authors whose articles matter to you. Keep in mind the initials of the given names, as this helps identify the person.

A little effort may well pay off. But maybe you have other suggestions. They would be most wel­comed.

Lastly, I thank Prof. Shu Chien for his help and advice.