« The Complex Anatomy and Physiology of the Gut of Wood-feeding Beetles. A Snippet. | Main | Making Mycorrhrizae. A Snippet. »

Who runs the world?

by Sumedha Ravishankar and Ian Robbins

Microbes facilitate untold biological processes, from digestion in the tiny gut of an insect to running our planet’s biogeochemical cycles. These microscopic beings truly are the quiet puppeteers of our lives. And it makes sense that they would be, since unicellular life has been on Earth for about 3.5 billion years, complex multicellular life for only about 1 billion years. Animals, plants, and fungi have all evolved in a soup of microbes. So, it should come as no surprise that microbes may control animal mating patterns too.

A paper published in 2017 by Woznica et al. describes a bacterial-eukaryotic relationship, wherein the bacterium Vibrio fischeri controls sexual reproduction in the choanoflagellate Salpingoeca rosetta. Choanoflagellates are a group of free-living eukaryotes, capable of both living alone and, in small “colonies”, and of reproducing both sexually and asexually. The reason why we care about them is that choanoflagellates are considered the closest living relatives to animals in the microbial world, the first step in a long road to complex multicellular life. This makes choanoflagellates “model organisms” for animals in microbial environments.

S. rosetta is a marine organism that forms flower-shaped colonies, hence its name. Its partner in this surprising relationship is V. fischeri, a marine bacterium known for its ability to colonize the light organs of the Hawaiian Bobtail Squid, producing the bioluminescence that these cephalopods are well-known for. Who would have guessed that these totally unrelated organisms would establish an intimate partnership?

In a serendipitous discovery, the authors found that when grown in a liquid culture together in the laboratory, the presence of V. fischeri in the medium induced “swarming” behavior in S. rosetta, making the free-floating choanoflagellates clump together into groups of 10-30 cells. Importantly, this behavior is associated with mating.  And indeed, when the authors watched this event unfold under the microscope, they saw that the S. rosetta cells would attach to each other, merge, fuse their nuclei, and then split again by meiosis, thereby completing the sexual reproduction cycle. Without V. fischeri in the medium, S. rosetta would have merrily continued to propagate asexually. 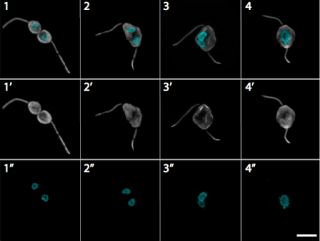 At this point, the authors knew they had stumbled on evidence of a profound bacterial-eukaryotic relationship at the earliest step in animal evolution. So, how does V. fischeri act as the earliest wingman in history? The authors tested hundreds of compounds produced by V. fischeri to see what was the catalyst for S. rosetta swarming. They developed a new computational microscopy technique with which they could look for the presence or absence of swarming based the visible area covered by the cells, so they could quickly screen the effects of V. fischeri compounds. They isolated all the compounds that appeared to have an effect, and systematically fractionated them until they believed they had found the golden ticket: a protein they aptly named “Extracellular Regulator of Sex”, or EroS, after an ancient Greek god of love. The isolated protein by itself strongly induced swarming and mating in the choanoflagellates. A bacterium was secreting a potent aphrodisiac for an organism from an entirely different kingdom of life!  Of course, the authors had to provide more substantial evidence for this unlikely dalliance.

The first puzzle piece the authors sought to uncover was the exact role of EroS. Did it have any kind of catalytic function? The authors found that the amino acid sequence of the protein contained a glycosaminoglycan (GAG) lyase domain. Lyases catalyze the breaking of molecular bonds through mechanisms other than hydrolysis (which involves water).

The authors investigated if EroS cleaves GAGs by looking for disaccharide products generated when a variety of different GAGs are digested. They found disaccharides from two different GAGs: Hyaluronan and chondroitin sulfate. The authors then created a mutant EroS protein with a defective lyase domain, and, sure enough, the mutant couldn't digest either hyaluronan or chondroitin sulfate.  This confirmed that the predicted domain was actually doing the heavy lifting of the digestion. 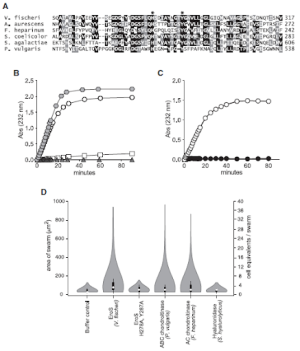 (click to enlarge) Figure 3. The series of experiments in which the authors det­ermine a) the possibility of a lyase do­main in EroS, b) that EroS digests chon­droitin sulfate and hyaluronan but not other GAGs, c) that the predicted lyase domain couldn’t digest if the domain was mutated, and d) that Eros was specifically a chon­droitinase. The graph in part d) measures the calculated surface area covered by S. rosetta, with higher area coverages indi­cating swarming.

The authors had now tied the aphrodisiac effect of V. fischeri on S. rosetta to one domain of one protein. But that wasn't all they tested. They used lyases from other bacteria too, specifically chondroitinases and hyaluronidases. Surprisingly, the other chondroitinases also induced swarming, while the hyaluronidases did not. With this piece of the puzzle in place, the authors decided that EroS was most likely a chondroitinase, but that it wasn't necessarily unique as an aphrodisiac.

At this point, there remained one last question that the authors wanted to answer: What was the mechanism for activation? They knew what EroS was and what it did to S. rosetta chondroitin sulfate, but how did that actually cause the swarming behavior? To answer this question, the authors exposed cultures of S. rosetta to several different kinds of stimuli: Commercially available chondroitin disaccharides, the kind made when the GAG is digested by a lyase; V. fischeri-conditioned media, which are media that had the bacteria living in it for a while and had the cells removed before being added to the choanoflagellates; and EroS-conditioned media, which received the aforementioned treatment with EroS. None of these stimuli induced swarming...but isolated EroS protein still did. This gave the authors an idea: The key inducer of swarming must not be a some kind of primitive signaling hormone. Instead, the crucial factor must be the part of the digested chondroitin sulfate that remains attached to the surface of S. rosetta. This structural modification might then act as a kind of GAG-based receptor towards other S. rosetta, allowing the cells to bind together and initiate a reaction that will eventually cause swarming. 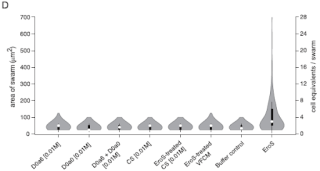 (click to enlarge) Figure 4. A variety of stimuli, including disaccharides, EroS met­a­bolites, and V. fischeri metabolites, all fail to induce swarming in S. rosetta. Only the enzymatic activity of EroS will induce swarming.

Of course, the mere existence of this relationship begs the question: Why? The evolution of chondroitin predates the evolution of animals, so this particular GAG must have been adapted for this interaction after the jump to complex multicellular life. So, why did this mechanism evolve in the first place? Why rely on another species to control your reproductive cycle? Perhaps there is some kind of incentive for the two organisms to cooperate. Does EroS serve some other function for V. fischeri besides just helping out S. rosetta? Maybe V. fischeri eats the chondroitin disaccharides? The disaccharides are, after all, sugars.  Such an interaction may faintly echo the far more complex bacterial-eukaryotic symbioses we see today in, for example, the human gut and its microbial inhabitants.  Could the partnership between V. fischeri and S. rosetta be one of the first steps on this evolutionary path? These questions have yet to be answered, but they certainly tickle the imagination.

(Note: After this text had been written, a paper offering an alternative explanation of the origin of animal multicellularity appeared.) 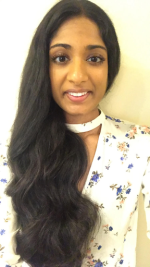 Sumedha Ravishankar is a 1st year PhD student at the University of California, San Diego (UCSD). Her research background is in understanding antibiotic resistance in chronic infections, such as in Cystic Fibrosis pulmonary P. aeruginosa infections. Her current research interests focus on understanding the mechanisms of phage-bacterial interactions and how phage can be used as an effective infection treatment. Outside of research, she enjoys watching baseball, traveling, and baking. 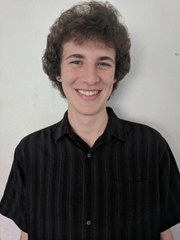