Bullseye! Promising Research on a Vaccine for Lyme Disease

Lyme disease is the most common tick-borne disease in the United States, with most cases occurring in the Northeastern states (see here). Western blacklegged ticks commonly reside on deer, where they become infected with Borrelia burgdorferi, the agent of Lyme disease. Infected immature ticks, known as nymphs, attach to the groin, armpits, and scalp of humans and must remain attached for at least 36 hours for the bacteria to be transmitted to humans. Nymphs feed during the spring and summer months, the time when cases of Lyme disease are highest. Adult ticks can also infect humans, but since they are larger – about the size of a sesame seed – they are more noticeable and often removed from the body before they can transmit the bacteria. Infection by B. burgdorferi is in three stages – localized, disseminated, and late. In each stage, erythema migrans (the name for a localized skin inflammation) is present, typically as a bullseye rash (see here). Other common symptoms are fatigue, fever, and joint pain. As the bacteria grow in the host and disseminate throughout the body, symptoms may worsen into arthritis, neuroborreliosis, and carditis (see here). This makes it important to catch the disease early or, better yet, to prevent it by vaccination. As there is no vaccine currently on the market for Lyme disease, the most effective way to prevent infection is to use pesticides and frequently check for ticks, especially after visiting wooded areas with moderate climate where these particular ticks and their deer hosts are most commonly found.

Bacterial outer surface proteins are common antigens for vaccine development thanks to technological advances that allow scientists to readily scan bacterial proteomes and produce large amounts of recombinant proteins (see here). Between 1998 to 2002, the vaccine LYMErix was introduced, using recombinant B. burgdorferi outer surface protein A (OspA) as the immunogen. However, with technical limitations, such as a vaccine efficacy of 80%, uncertainty of how long vaccinated people would be protected, and effectiveness against only the North American Borrelia strain, the pharmaceutical company decided to withdraw LYMErix from the market. Adverse media coverage and declining sales must have also influenced this decision. There have been no vaccine alternatives ever since (see here). Antibiotic therapy is currently effective in most patients, but only if the infection is caught at an early stage.

During transmission of B. burgdorferi from the tick to the host, the outer surface protein C (OspC) is expressed and necessary for initial colonization of the mammalian host cell (see here). OspC binds to Salp15, a tick salivary protein that allows B. burgdorferi to localize to the salivary gland, facilitating its transmission to a mammalian host. OspC triggers an IgG antibody response during the early stage of infection, which is important for fighting the infection. Anti-OspC antibodies are also used in the early diagnosis of Lyme disease. In previous studies, it had been found that monomeric OspC proteins (M-OspC) trigger antibody responses, but they are limited because they are specific to certain variants only (see here). In a new study, Edmondson et al. produced dimeric OspC (D-OspC) recombinant proteins and tested them against different variants to see if they produced a more effective immune response than M-OspCs (see here).

These investigators found that D-OspC proteins were uniformly protective against the B31 strain of B. burgdorferi whereas the M-OspC proteins were only partially protective, even though they induced a greater IgG response. Thus, the magnitude of the immune response does not correlate with protection. In addition, at least one unique epitope on D-OspCs was not bound by antibodies produced by the monomeric form. With support from other experiments, the authors thus demonstrated that protective epitopes that mimic those naturally occurring on the B. burgdorferi cell surface are present in the D-OspC proteins. This finding could therefore improve on the efficacy issue seen with the previous version of the vaccine.

Although these findings indicate that D-OspC proteins may be useful as a vaccine antigen, it is important to recognize that antigenic shift and cross-protection limit creating a new vaccine. Thus far, the dimeric form is able to protect against multiple variants of the pathogen, but long-term studies need to be conducted in order to determine how long the vaccine provides immunity and if it protects against other strains of Borrelia. Lyme disease is the fastest-growing vector-borne infection in the U.S. and, because tick populations are increasing in part due to climate change, Lyme disease may become even more prevalent as ticks will stay active for longer periods of time. It will soon become even more critical to develop an effective vaccine. 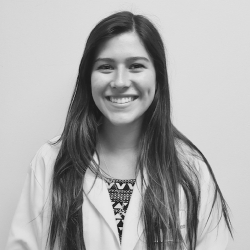 Samantha graduated from Occidental College in 2019 with a degree in Biology and is now a nursing student at George Washington University. Her career goal is to connect her background in biology with nursing in order to stay involved in biomedical research and keep her colleagues and herself informed. Outside of school, she likes to hike and play golf!y.