Here is the list of this blog’s posts from the last half year, lightly (or lightheartedly) annotated. Note the significant number of items by students, postdocs, other faculty. We rejoice in this.  Also, we recently asked you (via Twitter) for your opinion of these retrospectives. Some 90% of the respondents said they like them, so they are here to stay. 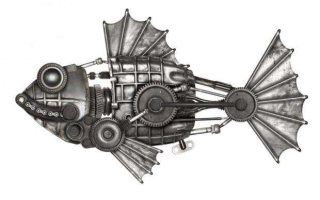 Are all stresses oxidative stresses? Jeff Morris, of the U. of Alabama, Birmingham, explains why he likes the idea that antibiotics kill bacteria not just by hitting their primary target but, perhaps surprisingly, by a common mechanism, oxidative stress.

mRNA in E. coli: Not Lost Without Translation. Roberto discusses work from the Amster-Choder lab that punches holes in the venerable notion that transcription and translation are tightly coupled in bacteria. It seems to be more complicated than that.

A Shuttle Service for Phosphate. Christoph introduces studies that suggest that large magnetococci are involved in transporting phosphate across the "phosphate anomaly" (which he explains) in the Black Sea.

Space-tolerant Micronauts. Alise Muok and Ariane Briegel of Leiden University in the Netherlands deal with the work of Khanna et al. on how peptidoglycan synthesis and degradation play an exciting morphogenetic role in bacterial sporulation.

How Do Tardigrades Withstand Drying? Tardigrades are little animals with amazing powers of survival including on the moon, maybe.  Elio says that this depends on 'Tardigrade Intrinsically Disordered proteins' that become enriched upon desiccation and are required for survival.

To grow or not to grow? That is the question! Roberto introduces the work of Hashuel and Ben-Yehuda on how ‘morphomutants’ arise as papillae on aging colonies of B. subtilis and discusses the genes involved.

A Sulfur For An Oxygen.  Elio finds it disrespectful that an oxygen in the phosphate backbone of DNA can be exchanged for a sulfur atom.

...et respice finem (3' –OH). Christoph wants us to “consider the end,” by which he means the ends of nucleic acid molecules, with a paean to the work of the late Margarita Salas. 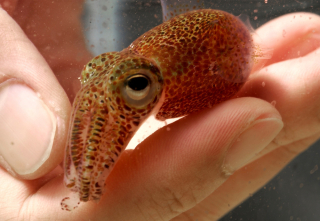 A sprinkle of acid a day keeps the law enforcement away. Aleks Prochera, a Ph.D. student at Harvard Med School, explores how plants can tell the difference between a beneficial and a pathogenic bacterium on their surface. The good guys better suppress the host immune response, which they do via ‘a sprinkle of acid.’

The Complex Anatomy and Physiology of the Gut of Wood-feeding Beetles. A Snippet. Wood-consuming beetles digest their cellulose in an assembly line fashion in four different regions of their digestive tract. Not easy, subsisting on wood.

A Vertical Symbiont Keeps Its Chromosome Oriented Towards the Host. The University of Vienna’s Phillip Weber considers a bacterium known as “Oneisti” that has the curious ability to stick to the skin of its nematode host by one of its poles. Not only that, it divides along its long axis. It has learned long division!

Discovering a Novel Algal-Fungal Symbiosis and a Humanized Journal. A fungus and an alga become partners but not in the usual lichen sense. Here, the alga becomes internalized within the fungus. Beyond that. Elio notes that the journal eLife has adopted the civilized policy of publishing the comments of their articles’ reviewers.

The Continuing Saga of Insect-Associated Streptomyces. Roberto can’t let go of the interactions between leaf-cutting ant and Streptomyces.  He looks at a paper where the authors carried out over 50,000 antimicrobial bioassays of some 2000 Streptomyces strains. Their just reward: they found many compounds with antifungal activity.

A Microbial Liver. A liver stores energy rich compounds, right? So do bacterial symbionts of marine tube worms, but what they store is not glycogen. Rather, they store polyhydroxyalkanoates (PHA) and the sugar trehalose. Elio thinks this could be a novel toolkit in symbioses.

Who runs the world?  UCSD graduate students Sumedha Ravishankar and Ian Robbins, graduate students at UCSD, propose that a good starting point is encouraging sex.  They introduce us to aphrodisiac properties that a marine vibrio has on an ancient choanoflagellate. Is the vibrio the earliest wingman?

A Wormful of Bugs, Again... Not all bacterial endosymbionts came from the “Buchnera branch” of the gammaproteobacteria, neither did all undergo extreme genome shrinkage. And some are astonishingly ancient. Christoph discusses these exciting points.

Strawberry Fields Forever. Like the rest of us, Mechas Zambrano and Roberto like their strawberries fresh. A mold, Botrytis cinerea (of Sauterne wine fame) makes them inedible. But there is hope.  A bumblebee and its actinomycetes keep the pathogen from doing its evil deed.

Making Mycorrhizae. A Snippet. Mycorrhizae matter to some 90% of all plants. A small protein called MiEEP8 that is made by mycorrhizal fungi is required for the early stages of mycorrhizogenesis (to coin a term). 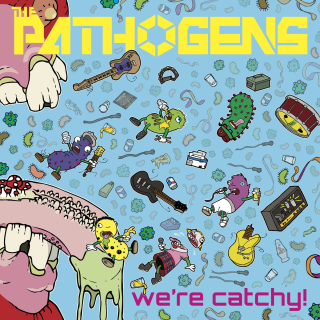 Bullseye! Promising Research on a Vaccine for Lyme Disease. George Washington University nursing student Samantha Rocha discusses the possible role of the outer surface protein D-OspC of the Lyme disease Borrelia of as a candidate for a vaccine.

Another Cell Bites the Dust. Janie delves into the complicated business of autolysis in pneumococci and explains how three proteins are involved in the dismantling of the cell wall. An old mystery nearly solved.

Strictly Intracellular Parasite No More. Rickettsiae are strict intracellular parasites, right? Not so, says Elio. Members of a new species cling to the surface of paramecia and grow extracellularly into thick biofilms. But they still seem to require their host.

Forbearance with the Escherichia coli Nucleoid. Conrad Woldringh discussed the work of the Dekker group showing that, if given enough room, the nucleoid of E. coli becomes ring shaped. Using your imagination, it looks a bit like a black hole.

«let not Vanity ſeduce you...» Christoph says this is not a spelling mistake (or, if you insist, “miftake”). He leans on this bit of old orthography to point to the wonders of modern optical microscopy.

A Case for Colors. Lizah van der Aart of the Centre for Cell Biology at Newcastle University introduces us to Streptomyces species that make beautiful colored compounds, some with possible practical use.

(More than just) a Whiff of Taxonomy – Saltatorellus ferox. In the spirit of STC’s aim to “emphasize the unusual and the unexpected phenomena for which we have a special fascination,” Christoph introduces Saltatorellus, a member of the PVC family that divides both by binary fission and budding plus it  moves in strange ways.

Outer Membrane Vesicles and Biopearling - A Snippet. Outer membrane vesicles are all the rage these days, playing a role, among other things, in bacterial pathogenesis. One marine bacterium makes pearl-like chains of them. Admit it, you’ve never heard of biopearling before.

Will the real phage lambda please stand up? Nicholas Redmond, a Boston College graduate, explains that there are two ‘real’ lambda strains, Ur-lambda and lambdaWT, that differ in their side tail fibers and tells us why this matters.

Flagella By the Tail. Enamored as he is with unusual phenomena, Elio describes phages that attach to flagella and tries to explain how they make their way to the bacterium’s body.

Pictures Considered - Phages in the Gardens. Two Scottish sundials, two meters tall each, are the spitting image of phage T4, as Roberto can attest from personal experience.

History, Geography, and The Real World 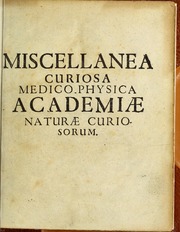 Must Read – Time to Cut Down the Tree of For-Profit Science Publishing. Roberto cajoles us to do something about the for-profit science publishing model that, he says, makes absolutely no sense.

In and About Copenhagen. Roberto rejoices in his stay in that wonderful city, It’s also Elio’s favorite.

Hans Christian Gram. More about Copenhagen. Roberto visited Gram’s grave in that city and he and Elio celebrate the occasion.

From Talmudic Question Musings to Good Reading on the Code. Roberto ruminates about why there are only 20 ‘regular’ amino acids in proteins and concludes that this is not a good Talmudic Question. Find out why and what great reading all this led him to.

Membranes to Molecular Machines: A Mechanical Vision of Life. Janie reviews Mathias Grote's book and concludes that it’s “a fascinating look into this shifting world.”