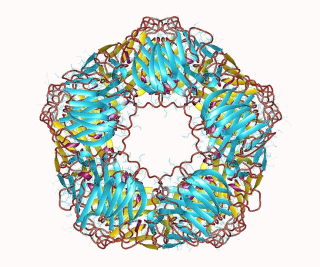 Among the blood tests that your doctor may prescribe is the one for C-Reactive Protein (CRP). What is it? CRP is a protein made by the liver in response to inflammation anywhere in the body, so a positive result will alert the physician that something along those lines is going on some place within you. If the test had been negative before, it will indicate an acute condition. If the result had been positive already, it would suggest a chronic disorder. In the first case, it will be known as "acute phase protein." When stimulated, the level of CRP can increase by 10,000-fold. This can happen rapidly, within 6 hours. After peaking at about 48 hours, the level usually decreases rapidly, suggesting a short half-life in the blood and baring the clinical utility of the test.

CRP is a protein of the innate immune system, made in response to the secretion of Interleukin-6, a cytokine made by macrophages and T-cells. It binds to phosphocholine, a surface lipid displayed by dying cells of the body and by some bacteria. CRP is involved in activation of complement, leading to enhanced phagocytosis. Discovered in 1930, it got its name because it reacts with antibodies against the C polysaccharide of pneumococcal capsules. The CRP monomer has 224 amino acids and molecular mass of 25,106 Da. In serum, it assembles into a stable pentameric structure with a discoid shape.