Here is the list of the posts from the last half year, briefly annotated. 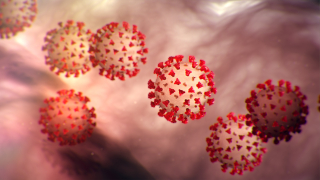 The COVID-19 Virus by the Numbers. A group of numbers-aficionados presents an original way to look at the virus of Covid-19 and why this helps digest the torrent of information that we are currently blitzed with. Elio explains.

@NAChristakis on COVID-19 and Immunity. By permission, we reprint a most useful perspective on the pandemic by Yale sociologist and physician Nicholas A.Christakis.

Preparedness. Here, the STC Team presents a few 'thoughts on the need for preparedness in the face of this pandemic.' Bacterial Genomes, IKEA-Style (Some Assembly Re­quired). Janie traverses vast grounds, such as the intertidal zone between nucleic acids and human languages, the use of unnatural base pairs, designer genomes, and xenobiology, plus, plus.

Processing the Ps in Times of Stress. Daniel is clearly attracted to (p)ppGpp, a major player in the regulation of gene expression in bacteria. He discusses its role in pathogenesis and its relationship to its less understood 'big brother,' polyphosphate. He also warns about being too reliant on laboratory strains.

The Crowded Nucleoid. Elio considers the compactness of the bacterial nucleoid. Involved are condensins, V-shaped dimer proteins with a business at each end, reminiscent of the claws of a crab. They grab onto two distal sites on the DNA thus bringing them closer.

Feel dehydrated? Dig for some water then! The digging is, of all things, for the water that forms when desert gypsum crystalizes, and is done by enterprising cyanobacteria. Christoph enlightens us about such engineering feats and their varieties. 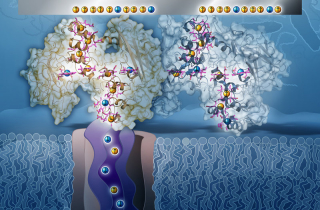 How to Swim Through Goo: Lessons from a Microbial Menagerie. Janie's enchantment with microbial motility puts her in touch with Reynolds numbers, Thiovulum majus (the bacterial world champion swimmer), endoflagella, movement by internal trafficking, swimming doughnuts, and other such wonders.

Stay Away, Stay Away – There Is Danger Ahead. When Pseudomonas are exposed to antibiotics or phages, they emit a signal that stops unexposed cells from moving into the danger zone.  The signal is a chemical called PQS and swarming motility is involved. Elio says this reminds him of lepers in the Middle Ages, who were obliged to ring a bell to warn others away

A Hitchhiker's Guide to the Ocean. Roberto, like the rest of us, is a great fan of horizontal gene transfer (HGT). Here he discusses the role of plasmids in HGT, steering us to some that are not only geographically distant, but are also found in phylogenetically dissimilar hosts. 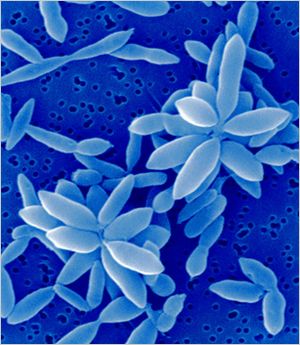 Saltatorellus ferox, again... In a second installment on this unusual divider (it either buds or fissions into two), Christoph leads an excursion into its chromosome replication, pausing to consider its main elements. Alas, distinct though these may be, they disclose no hints about this unusual mode of cell division.

A Simple Decision. Manuel Sanchez, the blogger of Curiosidades de la Microbiologia, allowed us to reproduce a piece of his regarding old and new experiments that show that the protist Stentor is capable of a hierarchy of behaviors, that is, it can make decisions in response to environmental stimuli.

Trichoplax & Company I and Trichoplax & Company II. Christoph discusses this small but unusual animal with a very simple body plan, just two layers of epithelial cells forming a patty. It rests at the base of the animal branch. It can swim fine but prefers to glide along surfaces. The plot thickens, as it possesses two bacterial endosymbionts, both fascinating.

Symbionts and Other Friends and Foes 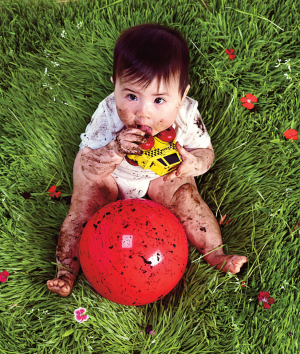 Fine Reading: Guts and Glory, Microbiome Edition. Janie says that when it comes to microbiomes 'as with most other fads, there's a need to parse out fact from fiction, correlation from causation, reality from overhype, when determining how exactly the microbiome affects human health.' Caveat emptor!

Whipple's Disease and Its Bovine Ilk. Whipple's is caused by a common human commensal bacterium that most people have never heard of, Tropheryma whipplei. It likes to localize in cells of the small intestine, interfering with nutrient absorption. Elio says that it has a counterpart in cattle called Jones' disease.

Proteorhodophytina: Obscure Red Algae Are Keepers of Deep Evolutionary Secrets . Lukáš Novák, now at the Université Paris-Sud in Orsay, allowed us to reprint his article on the somewhat hidden world of red algae. He emphasizes a novel subphylum, the Proteorhodophytina and also discusses the red algae's plastids and their origins. Très intéressant!

Life After CPR. Mechas Zambrano and husband Roberto explain that CPR is not only something that lifeguards administer, but that it also stands for Candidate Phyla Radiation, a superphylum that comprise about one quarter of all known bacterial sequences. They are small in cell and genome size and, with one exception – sort of – largely uncultivated. Who knows what else CPR conceals?

A Bacterial Protein Takes on "Birds of a Feather Flock Together". Janie takes on 'curli,' those somewhat puzzling bacterial amyloid proteins that participate in bacteria sticking to surfaces and explains why this matters.

Three to Tango. A fungus becomes a plant pathogen when it symbioses with a bacterium. Elio reveals that there is more to it, namely a remarkable virus (called narnavirus for 'naked RNA') that is capsidless and encodes for only one protein.

Touch-Tone Transcription: A Pathogen's Sense of Touch. Janie believes that E.coli EHEC are touchy-feely, at least to the extent that when they find themselves atop the gut epithelium, they ramp up their Type III secretion. This leads to the entry of virulence factors into the host cell. 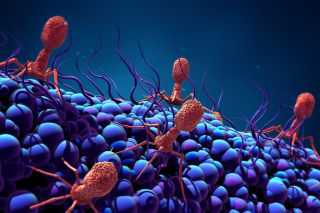 Little things matter, in both virology and your PhD. Shuxuan Zheng, graduate student in Utrecht, The Netherlands, shares her thoughts about viruses. She calls them 'those cheeky, creative, and sneaky genetic entities that share a sense of tenacity with my PhD life.' She has fun elaborating.

Where Do Phages of Atypical Bacteria Come From? A Snippet.  Negativicutes stain Gram negative but have a Gram-positive flavor. Sure enough, their phages are Gram positive in origin, Elio says

I. Enoki. Elio focuses on those delightful long white mushrooms common in Japanese cuisine, Flammulina velutipes – the velvet footed little flame. He describes how their unusual shape and color are achieved and some of the molecular details behind this fungus development.

II. Singing Frogs. In a time of pandemic, Roberto takes solace in the resurgence of singing frogs outside his window.

III. Of a Fungus and a Crop. Only sometimes is a pathogen a gourmet delicacy. Roberto describes one such case, that of Ustilago maydis, both the causative agent of corn smut and the key ingredient in the Mexican delicacy huitlacoche.

#48 : Contributions to the Biology of the Bacilli. Roberto implores us to explore a classic hand drawn image from 1876 by Robert Koch and Ferdinand Cohn.

#49 : C-Reactive Protein. Elio presents form and function of this remarkable pentameric structure with a discoid shape.

#50 : The Four Kingdoms of Nature Christoph does an in-depth analysis of John Hogg's 1860 Diagram of Natural Bodies.

#51 : Headful Packaging, Literally... How do phage get all that DNA into their capsids? Still a mystery but Christoph considers it a beautiful sight, once the job is done.

Cytokines . Elio presents these key players of the immune system that can wreak havoc when overproduced.

The Exome. The exome is the collection exons…. But, is there an introme? Read to find Elio's answer!

Pandemic Readings Considered. Daniel discusses a series of books, fiction and nonfiction, that deal with epidemics throughout history. Take your pick, as there is plenty to read!

A Little More Than Kin, Less Than Kind. Daniel reviews two books that deal, in very different ways, with "our next of kin."