« Fucoidans, A Feast for Few | Main | The ASM President Speaks: "ASM Touches So Many, At So Many Levels" »

To me at least, this is a relatively unaccustomed term for an old pheno­menon, namely the removal of deleterious mutants from a population. (As Christoph points out, this does not refer to cleaning up your lab bench.) Also known as negative selection, purifying selection results in the stabilization of the population by ridding of the detrimental polymorphism that arises by random mutations. This sounds pretty Darwinian and contrasts with positive selection as, for instance, in the selection of antibiotic resistance mutants. When purifying selection of a given locus is strong, it may fortu­itously remove nearby alleles, decreasing variation in the region of the gene being selected. 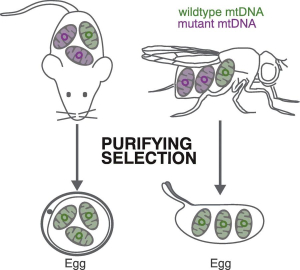 Figure 1. Purifying selection in mice and fruit flies. Source. Frontispiece: How did the giraffe get its long neck? Source

Molina and van Nimwegen proposed in 2008: "To inves­tigate the dependence of the number of regulatory sites per intergenic region on genome size, we developed a new method for detecting purifying selection at noncod­ing positions in clades of related bacterial genomes. We comprehensively quantified evidence of purifying selec­tion at noncoding positions across bacteria and found se­veral striking universal patterns."

Stewart, Freyer, Elson, and Larsson (2008) stated: "There is an intense debate concerning whether selection or de­mographics has been most important in shaping the se­quence variation observed in modern human mitochon­drial DNA (mtDNA). Purifying selection is thought to be important in shaping mtDNA sequence evolution, but the strength of this selection has been debated, mainly due to the threshold effect of pathogenic mtDNA mutations and an observed excess of new mtDNA mutations in human population data."

Moran, McLaughlin and Sorek (2009) wrote, in connection to the genomic erosion of endosymbi­onts: "We observed a high rate of small insertions and deletions associated with abundant DNA homopolymers, and occasional larger deletions. Although purifying selection eliminates many mutations, some persist, resulting in ongoing loss of genes and DNA from this already tiny ge­nome."

Wertheimer and Kosakovsky-Pond wrote in 2011: "Sta­tis­tical methods for molecular dating of viral origins have been used extensively to infer the time of most common recent ancestor for many rapidly evolving pathogens. How­ever, there are a number of cases, in which epide­mi­o­logical, historical, or genomic evidence suggests much older viral origins than those obtained via molecular da­ting. We demonstrate how pervasive purifying selection can mask the ancient origins of recently sampled patho­gens, in part due to the inability of nucleotide-based substitution models to properly account for complex patterns of spatial and temporal variability in selective pressures."

Charlesworth wrote in 2013: "Weak purifying selection, together with mutation and genetic drift, has often been used as the basis for evolutionary models of genomic traits such as codon usage (Li 1987; Bulmer 1991)"

And finally, Cvijović, Good, and Desai (2018) stated: "Purifying selection reduces genetic diversity, both at sites under direct selection and at linked neutral sites. This process, known as background selection, is thought to play an important role in shaping genomic diversity in natural popula­tions."

So far, purifying selection could only be observed experimentally, that is by growth, when the mu­tant alleles in question did not immediately compromise the viability of their carriers. This is likely about to change. In their very recent paper, Gallagher, Bailey, and Manoil (2020) state: "Essential genes control the most fundamental processes of bacterial life but are missing from standard com­prehensive mutant screens because loss-of-function mutants are absent from the libraries ex­amined. We employed a method for generating insertion mutations at genome-saturation scale in naturally competent bacteria. The insertions can be immediately detected by sequencing, making it possible to follow their loss from the population during subsequent growth."