« Of Terms in Biology: Purifying Selection | Main | TWiM 220: From Mars to the vagina »

The ASM President Speaks:
"ASM Touches So Many, At So Many Levels"

It is our pleasure to continue our tradition of hosting a few reflections from the president of the ASM.

I have been touched with the way ASM unites microbiologists, elevating microbiology for scientists and the communities in which we live. It has been an honor and a pleasure to serve as ASM Presi­dent over the past year, a year which could reasonably be considered, the year everyone was a microbiologist. 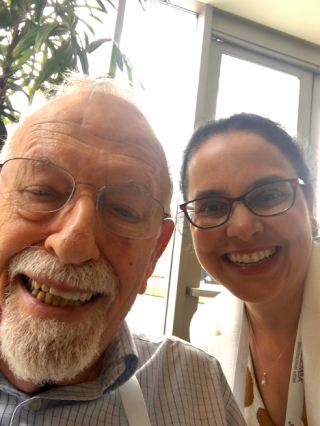 Figure 1. Elio and me at ASM Microbe in Atlanta. Source Robin Patel

ASM and its members have been at the forefront of ad­dressing the effects of the COVID-19 pandemic, working to advance the science to help humanity understand this virus which is wreaking havoc on our world. The ASM CO­VID-19 Resource Page was launched at the end of Janua­ry, with content created over the last five months having reached an amazing half million users. In late March, the ASM Council on Microbial Sciences convened more than one hundred experts from around the world to discuss questions surrounding diagnostics, vaccines and treat­ments for SARS-CoV-2; I had the pleasure of participating in this event. Just a few days following the Summit, we published a paper in mBio summarizing diagnostics for COVID-19. Then, three weeks later, building on a recom­men­dation from the Summit, we launched the ASM COV­ID-19 Research Registry. The registry includes top-ranked COVID-19 research curated by experts, spanning from basic virology, to epidemiology, to clinical diagnostics and more. I am thankful to former ASM President Lynn En­quist for serving as curator-in-chief, Harold Varmus for serving as chief consultant, and for the many others contributing to this effort to vet and interpret the rapidly emerging science around SARS-CoV-2. We held a press release and a series of three congressional briefings based on the Summit, focusing on COVID-19 diagnostics, vaccines and therapeutics. As always, during the pandemic, ASM has taken on a prominent role as a convener, sharing science-based information with the press, advocating for science, public health and clinical concerns with policymakers, and educating the public. During the second half of my presidency, I regularly spoke to two to three reporters a day. ASM has been mentioned close to 7,200 times in media stories related to COVID-19, and I have apparently been quoted in 1,560 news stories this year, having been interviewed by reporters from NPR, The Washington Post, Associated Press, TIME Magazine, The Guardian, Nature Research, Politico, NBC News, USA Today, Fox News, Buzz­feed, Medium, Bustle, and others – don't ask me to recall the details, as it has been a whirlwind! Because I was answering what seemed to be similar questions over and over, back in March, I recorded a Q&A answering questions about COVID-19, which has been viewed 23,000 times. And because we are learning more about this virus every day, I recorded an update at the end of June, just prior to the end of my presidency. I delivered a number of webinars for non-microbiologists, for example to the Professional Convention Management Association, the Cardiovascular Inno­va­tions Foundation, and even the American Med Spa Association. The virus – and microbiology – clearly touches everyone! I had regular interactions with various government agencies, including the Food and Drug Administration and the White House Task Force, to advocate for our clinical microbiologists regarding regulatory, supply chain and other COVID-19-related issues facing them in their amazing efforts to test for this virus. While I anticipated supply chain issues related to a pandemic, the way supply chain issues have played out has been beyond expectations. For a quarter of a century, the ClinMicroNet listserv has been connecting clinical microbiologists around the country, and the world. ClinMicroNet and Div C Net, two ASM communications portals, have allowed members to share challenges, solutions and expertise in real time, and have been invalu­able resources throughout this pandemic as we learn about this virus day by day. I had the plea­sure of representing ASM, working with IDSA to develop guidelines for RNA testing for SARS-CoV-2; we are developing a second set of guidelines on serologic testing as I write. ASM's CEO, Stefano Bertuzzi and I authored an op-ed that ran in the NY Times highlighting the workforce shortages faced by clinical microbiologists. Finally, although I was disappointed we were not able to be to­gether for ASM Microbe in Chicago (Figure 1), I am glad to have the opportunity to gather digitally for ASM Microbe Online. The opening session, which featured Drs. Stefano Bertuzzi, Deborah Birx and Peter Hotez, was watched live by 1,800 people; if you missed it, you can watch it here. I hope you also had a chance to catch the President's Forum, with Professors Karen Bush and Paul Ver­weij; it's also available online if you didn't see it live it. 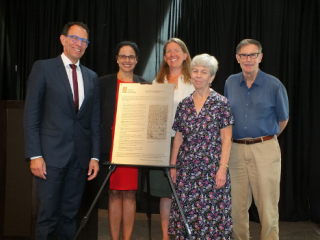 Figure 2. Milestones in Microbiology Dedication at the University of Minnesota. Source Robin Patel

During the first half of my presidency  – in pre-COVID-19 times – I learned about many ASM activities I knew noth­ing about prior to the Presidency. For example, I hadn't heard of the Milestones in Microbiology program. I'd like to share a little about this as I think it's fabulous! The pro­gram recognizes sites that have made important histo­ri­cal contributions to the field of microbiology. I had the honor of dedicating two new Milestones in Microbiology sites, the University of Minnesota and the Saranac Labo­ra­tory (which has been assimilated into the Trudeau In­stitute). Milestones in Microbiology designations recog­nize sites where groundbreaking accomplishments have been made in microbiology that have had fundamental and lasting effects on the way we understand the micro­bial sciences. For more than a century, microbial research has flourished at the University of Min­nesota, producing historic and far-reaching contributions, including pioneering work on biofilms, substantiation of the link between Streptococcus pyogenes and rheumatic fever, and fundamental research on the roles of T and B lymphocytes in immune response, research that ultimately faci­li­tated the first successful allogenic human bone marrow transplant (Figure 2). The Saranac Labora­tory, founded in 1894 by Dr. Edward Livingston Trudeau, was the first facility in the United States built for tuberculosis research. Decades of research conducted there and at the Trudeau Institute led to the finding that both Mycobacterium tuberculosis and the environment contribute to the development of tuberculosis – something worth thinking about in the context of COVID-19 (Figure 3). Significant advances were made in establishing treatments for tuberculosis, most notably, es­tablishment of a sanatorium, which served as the model for hundreds of sanatoria throughout the United States and Canada. At both sites, the dedication wasn't just for microbiologists; in Minneso­ta, it included the University as a whole, and in Saranac Lake, it was especially important to the ge­neral public living there, many of whom didn't appreciate the importance of the science that had happened in their backyard. Both sites have been of enormous importance for microbiology; it was so wonderful to be able to help recognize them. 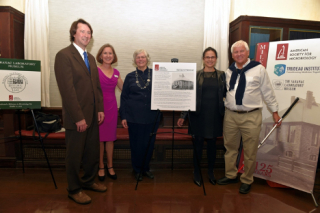 I participated in several ASM branch meetings, where I was impressed by the outstanding science and sharing of knowledge and findings. I have a longstanding interest in antimicrobial resistance, and was pleased to serve as an ASM representative to the World Health Organization, discussing antimicrobial resistance, and to pen an Op-ed titled, "Why we need to start combatting antimicrobial resistance now." I was also thrilled to participate in an event cohosted by ASM in partnership with the Bill & Me­linda Gates Foundation, Wellcome Trust, Antimicrobial Resistance Fighter Coalition, and the CDC Foundation, to celebrate the success of the Antimicrobial Resistance (AMR) Challenge called A Night Celebrating Global AMR Fighters (Figure 4). This side event at the United Nations General Assembly was a multi-media art experience showcasing how AMR is im­pacting our world, and featuring ASM's award-winning agar art (which I love and had the pleasure of judging this year). ASM joined nearly 350 One Health commitments made by governments, non-government organizations and academic and private sector partners to take action and deliver re­sults. Drawing attention to the critical issue of AMR didn't stop there – in October, 2019, I partici­pated in a Congressional briefing that highlighted ways to address AMR. 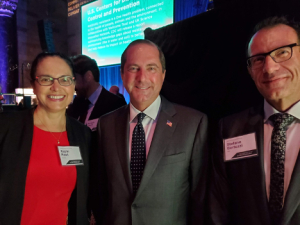 Finally, when I ran for President, a strong area of empha­sis of my platform was promoting volunteer opportuni­ties within ASM. During my presidency, 450 volunteers newly signed up for volunteer opportunities with ASM – thank you to all for volunteering! ASM is your society; if you haven't volunteered for ASM, I encourage you to do so. I did, and it has been an amazing and fulfilling jour­ney, and a great way to serve science and humanity; thank you for giving me this wonderful opportunity! Robin Patel is the Elizabeth P. and Robert E. Allen Professor of Individualized Medicine, Professor of Microbiology and Professor of Medicine, and Director of the Infectious Diseases Research Laboratory at the Mayo Clinic. She served as ASM President from July 2019 to June 2020.