« A Novel Way to Kill Your Neighbor | Main | Teachers Corner: Where have all the protons gone? » 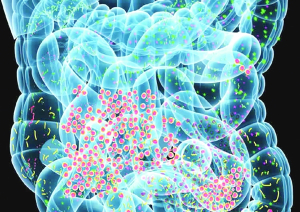 Dysbiosis is a fairly old term but one that seems to have gained considerable currency lately. Its origin is from the Greek dys (bad, difficult) + biōsis (mode of life, from: bios life).  It is used to denote an imbalance in someone's mi­crobiome, human, animal, or plant. In dysbiosis, the do­mi­nant species may have been displaced, with normally rare or absent species taking over. The sites most often involved are the digestive tract, the skin, and the vagina, but any other site that normally harbors a microbiome may become "dysbiosed." Dysbiosis has been reported in many diseases, such as periodontal disease, colitis, in­flam­matory bowel disease, chronic fatigue syndrome, cancer, and even in obesity.

Alas, the term is singularly imprecise because it assumes that we know what a normal microbiome consists of. That is hardly the case, as noted by several authors (see here and here and here). The Human Microbiome Project, launched by the NIH in 2007, showed that the microbiome of our gut is widely different between people. No hint of a "normal" microbiome appeared. Nor is it possible to distinguish healthy and sick individuals based on their microbiome. Various authors have con­cluded that the term should not be used, at least not in a generic way (above links.) Or, if it is to be used, extreme caution is called for. For example, dysbiosis can be used in the case of a change with negative effects relative to a previous healthy state in the microbiome of an individual (plant, hu­man, animal, etc.) whose microbiome had been studied in detail previously.