An Enlightening Evening to Remember

Each summer, the Microbial Diversity course at the Marine Biological Laboratory in Woods Hole, MA is the place for exploring the incredible beauty and diversity of the microbial world. The 6 ½ week course brings together a group of strangers for the purpose of learning to cultivate and isolate microbes. The beauty of the course is bringing together a diverse group of individuals who all share a common bond – a love for microbes. 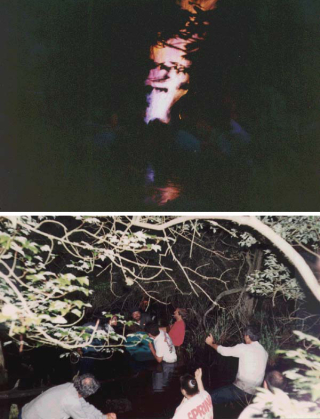 Figure 1. Two photos from the Volta experiment. Top was taken without a flash and bottom was taken with a flash from about the same location to give a sense of dimension. Source: David Westenberg

I had first learned about the course when I was an undergraduate at Michigan State and took the MSU microbial diversity course offered by John Breznak. I was thrilled to have the opportunity several years later to take the MBL course with John and Marty Dworkin in 1994. This was John and Marty’s final year as co-directors and they wrapped up their time running the course on a high-note with a wonderful array of guest lecturers and co-instructors.

Arguably, the most memorable part of the course was an early team-building activity in the nearby swamps as we all tried to repeat the Volta experiment – collecting methane gas in a vessel and igniting it. Since learning about the Volta experiment as an undergraduate, I was fascinated by the methanogenic archaea. I did my PhD and first post-doc in labs that worked with methanogens, yet I had never actually tried the Volta experiment myself. I was thrilled to get to root around in the swamps of Woods Hole in search of swamp gas! The TAs had even bigger plans.

The TAs wanted to honor John and Marty by "going out with a bang." Rather than collecting the methane in an inverted funnel like the rest of us, they decided to use industrial strength trash bags to produce a fireball worthy of a grand finale. After strolling down to the swamp, we all grabbed our funnels and started stirring up the mud, collecting gas in our funnels. As we filled our inverted funnels with methane and ignited small puffs of fire, the TAs, John, and Marty worked diligently on preparing for their grand finale. The result was an impressive fireball that lit up the night sky. I'm sure our oohs and aahhs could be heard all the way to Falmouth.

Sharing the Volta experiment was an awesome way to bring together a group of strangers and set us on our journey through the microbial world together. In August 2020, many of us were looking forward to gathering again in Woods Hole to celebrate the 50th offering of the Microbial Diversity course which was started by Holger Jannasch in 1971. While the celebration had to be postponed, preparing for the occasion was a great opportunity to revisit old photographs and reminisce about a delightful summer of microbial discovery. That one "enlightening" evening was a perfect prelude to a memorable summer that has continued to inspire me and others throughout our careers. 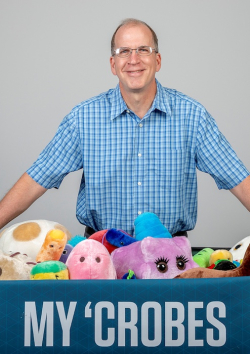 David Westenberg is Professor of Biological Sciences at Missouri University of Science and Technology. Fascinated with the diversity of the microbial world his passion is sharing the amazing world of microorganisms with others. He has recorded a TedX talk on microbes and you can find him on Twitter @GermJuggler