« Alcanivorax, an efficient cleaner of our oceans | Main | TWiM 231: It’s a Microbe-Eat-Microbe World »

Here is a list of our posts from the last half year − which felt significantly longer than usual, right? − briefly annotated.

Symbioses and Other Friendships 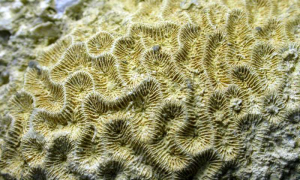 Biofilms by Insect Endosymbionts  Janie is fond of bio­films (and who isn't?). She figures that bacterial endo­symbionts of insects make them too (and why not?).

A Short History of Yogurt  Add a dollop of honey to yo­gurt and, if you believe Roberto, you have the "food of the gods." And, on top of that, you witness therein a lovely symbiosis between two lactic acid bacteria, one producing amino acids needed by the other, the other providing its partner with formate and carbon dioxide. Divine indeed.

Having the bow and arrow might not be enough...  Natália Drebes Dörr, Ph.D. student in the lab of Melanie Blokesch in Lausanne, Switzerland, tells us that the daily challenges in the life of micro­scopic organisms are not that different from those experienced by cheetahs and gazelles in the savanna.

Underground Highways  Roberto comes up with what sounds like the opposite story, fungi helping bacteria to travel around. They swim along the liquid film that is formed outside the hyphae. The bacteria pay a toll, supplying the fungi with needed thiamine.

Exploration, Streptomyces-style  More about motility, Roberto tells the strange story of the usual immobile Streptomyces moving around an agar plate (exploratory motility) when in the presence of the equally immobile common yeast, S. cerevisiae. What gives? It seems that the yeast does this by consuming glucose, thus demanding that the Streptomyces move around in quest of food. And there is even more to it…

Let Smell Guide You  Did you know that geosmin, the substance that smells like fresh soil, can be detected by humans at amazingly low concentrations? It's made by actinomycetes during sporu­lation and attracts springtails, besides humans. The spores attach to the insects and are thus dis­persed all over the map. Roberto explains.

Pathogens and Other Lesser Friends

The Type VI Secretion System  A fine review of this exci­ting system by Hernandes, Gallegos-Monterrosa, and Coulthurst.

A Novel Way to Kill Your Neighbor  Use type VI secretion to inject an enzyme that makes ppApp and pppApp and thus deprive the recipient of its required ATP. Elio calls this murder.

The Streptococcal Wolf in Sheep's Clothing  Janie de­scribes a novel exciting story. In her words: "Group A Strep co-opts pieces of red blood cell membranes to camouflage itself from the immune system, using a particularly tricky, sticky protein." Clever, eh?

Family Feud: Commensal vs. Pathogenic Neisseria  Camille Brzechffa, a recent graduate from Oc­cidental College, tells us that a commensal neisseria, N. elongata, kills the pathogenic N. gonorr­hoeae via secreted DNA. The degree of methylation is crucial.

These Bacteria are Out of This World: Human Pathogens on the International Space Station  Occi­dental College graduate Rachel Sidebottom virtually visits the International Space Station in quest of bacterial pathogens that may lurk in its corners. She reports that mainly Gram positives make biofilms on common steel surface in the stations. And many are antibiotic resistant to boot. Pay heed, astronauts! 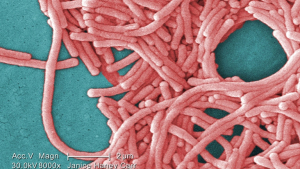 Spy Gadgets  Janie tells us of a protein of Gram positives, FbaB, that facilitates adhesion of the bacteria to host cells via their pili. Superglue!

Protect Your Genes and Express Yourself  Dps, a protein discovered in Roberto's lab at Harvard, protects DNA from damage by compacting it. In so doing, it makes it inaccessible to some other proteins. Recent work by Anne Meyer suggests that this happens because the Dps-DNA complexes are a "liquid crystal" that allows certain proteins but not others to enter it. Read on!

Getting to grips with the intangible  What is the "mesh size" of a nucleoid? Xiang et al. found it out by using a fluorescent-labeled protein that self assembles into "nanocages" that freely localize throughout the cytoplasm. But, if large enough (>50 nm in diameter), they do not enter the nu­cleoid. Thus, the holes in the mesh of the nucleoid are about 50 nm. Christoph discusses this....

The Cake-Cutting Problem in the Archaeal World  Kanika Khanna, a recent Ph.D. from UCSD, dis­cusses how two pleomorphic Archaea place their division machinery via 'Turing patterns' (which you better look up here.)

A Change in the Plan of Construction  Phyllody is when a flower is replaced by a leafy structure. It is sometimes caused by Phytoplasma, mycoplasma relatives that require an insect vector for transmission. Roberto explains the details of how this works.

Fucoidans, A Feast for Few  Janie tells us about complex seaweed polysaccharides that are quite resistant to microbial degradation. But the little known Lentimonas, a member of the Verruco­microbia, can do it, using a large array of plasmid-encoded enzymes, 284 no less. They snip off fucose, the bacterium's favorite sugar, from the ends. As Janie says, "microbes will play the cards they've been dealt."

Alcanivorax, an efficient cleaner of our oceans  Joseph A. Christie-Oleza and Vinko Zadjelovic from the Uni­versitat de les Illes Balears, Spain, share their fascination with this humble marine bacte­rium.

Sticking together «...wie Pech und Schwefel»  Christoph introduces a "Tweetorial" by Austrian mi­crobiologist Alexander Loy on the ubiquitous and abundant microbial nutrient, sulfoquinovose. Never heard of it? Here's your chance to learn about it.

History, Then and Now 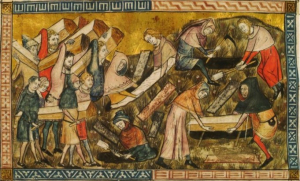 The recent ASM President Robin Patel Speaks: "ASM Touches So Many, At So Many Levels." She tells us that her presidency "has been an amazing and fulfilling jour­ney, and a great way to serve science and humanity."

Remembering a Remarkable Man  Roberto sings the praises of Harold Ames, the first (and so far only) Black chair of the microbiology department at Harvard Medical School and beloved by all who knew him. What a special human being!

An Enlightening Evening to Remember  David Westenberg of the Missouri University of Science and Technology sings the praises of the famed Microbial Diversity course at the Marine Biological Laboratory in Woods Hole, MA. His class repeated the classic Volta experiment – collecting me­thane gas in a vessel and igniting it. Enlightening indeed!

The Dead Sea Scrolls come under the Genomic 'Scope  Elio takes delight in describing how study­ing the DNA of the pelts on which the scrolls were written sheds light on their origin.

Wonders Of A Pool  Tuffen West’s words illustrates the pleasures of a Victorian naturalist in the field.

Putting Life on Earth in Perspective  Roberto tells us about a lecture he gave in Heidelberg’s Euro­pean Molecular Biology Laboratory (EMBL). Among other things, he says he told them: "Global phytoplankton has declined dramatically over the past century and the diversity of the intestinal microbiota of "westernized" humans is about half that found in previously un­contacted Amerindi­ans. Is the situation bleak beyond repair? He says: "I don't think so, but then I consider myself an optimist."

Christoph recommends online material colelctions of use to teachers of microbiology.

Where have all the protons gone?  Roberto wonders.

Long Before Fleming  Yes, others found earlier that molds inhibit bacteria. Fleming made something out of it, says Roberto.

A Whiff of Taxonomy

The genus Psychrobacter  by Christoph