The Genesis Quest: The Geniuses and Eccentrics on a Journey to Uncover the Origins of Life on Earth by Michael Marshall. University of Chicago Press, 2020 (ISBN: 9780226715230)

The Genesis Quest is a tour-de-force recount of the eclectic effort to under­stand the origins of life on Earth, authored by science writer Michael Marshall. Here is a tale that spans from pre­biotic chem­istry to proto­cells, inter­laced with stories of the idiosyn­crasies of the scientists involved. It's a union of the sciences – synthetic chemistry, astro­biology, biochem­istry, micro­biology, ecology. Much like the primord­ial polymer blob "coacervates" that coalesce into one, discussed early in the book, famous names in science quickly become associated with person­ality and foibles, putting more than just a face to the names. 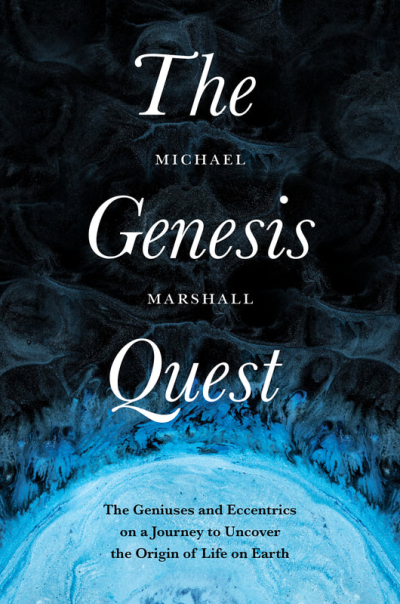 The book is divided into four sections. The first begins with the early experi­ments: the famous "Primor­dial Soup Hypothesis" from Oparin and Haldane, the sparking of pre­biotic molecules into test-tube existence à la Miller and Urey, and the chemical synth­esis of ATP under possible early Earth con­ditions. This historical period sees the onset of the Achilles-heel question for many a chemical synthesis between then and now: But is it prebiot­ically plausible? In this section are also spotlights of figures in micro­biology, both well-known names like Pasteur and Virchow as well as the side­lined Robert Remak, whose ideas were snatched and popular­ized by Virchow in his pithy 'Omnis cellula e cellula'…

The next section overturns the 1950s' simplistic focus on isolated mole­cules. With the structural and functional explor­ations of DNA, from crystallo­graphy to the triplet code, life turned out to be much more complex. Here, Marshall acquaints readers with the icono­clastic character Cairns-Smith, who, to the scoffs of his con­tempor­aries, proposed that crystals divide, pass on inherited traits, and evolve. Bio­mole­cules came together in the scaffold­ing provided by clay crystals, Cairns-Smith urged, and when these "mother" crystals crack, they pass on their physical prop­erties to the resulting "daughter" crystals. Despite the clay hypoth­esis's faults (pun intended), here was the first instance of the notion that "life is about infor­mation that is inherited im­perfectly." A bit of biological poetry.

The characters in this origins-of-life yarn are of course bull-headed scientists. The third section moves into a consid­eration of the 1980s' four major points of con­tention. First, which essential function of life came first: repli­cation, compart­mental­ization, or meta­bolism? Second, which mole­cular building block of life came first: RNA or proteins? Third, where on Earth did life arise? And finally, in what orga­nisms were the answers to these questions kept under genomic lock and key? Pages in this section dive into a sea­faring story­telling of hydro­thermal vents as the possible cradle of life (the consensus now agreeing that the gentler, alkaline "white chimneys" are a more likely candidate than the scorch­ingly hot "black smokers"; see a related STC post on serpentin­ization here). Here is also a contrast­ing consider­ation of landmass-based origins of life. Perhaps the well­springs of life were instead hot springs and geo­thermal ponds. 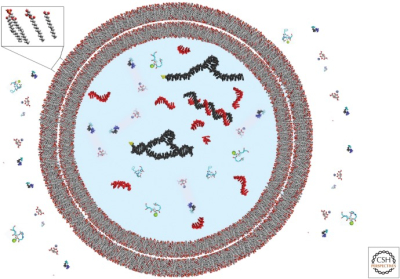 Fig. 2. Schematic of a protocell. Source.

The fourth and final section is the story of such ideo­logical rifts on the mend. By the early twenty-first century, the prevail­ing hypotheses were the "repli­cation-first camp" with its RNA World, the "compart­mental­ization-first camp" with its lipid-based protocells, and the "metabol­ism-first camp" with the proton gradients of alkaline vents. The everything-first reconcil­iation came in the form of Szostak's proto­cells. These are RNA-containing bilayer membrane vesicles that can grow, divide, and undergo Darwinian selection, thereby merging the RNA World with compart­mental­ization. The wall between genes-first adherents and metabolism-first devotees crumbles apart as well: "infor­mation and entropy are two sides of the same coin," exem­plified by Maxwell's demon.

But Marshall writes, the first cell was not alone and was rather part of a commun­ity. The rise of cells can therefore be better under­stood through the lens of ecology and commun­ity dynamics. The final pages of the book see a union of seemingly far-flung fields like chemistry and popul­ation ecology, much like the union of differ­ent origins-of-life hypotheses. No cell – nor proto­cell – is an island.

Overall, The Genesis Quest paints the story of Origins research as a funky one. Both the traject­ory of science and of the people were often full of bizarre contra­dictions and non sequiturs. "Geniuses and Eccentrics," from the book's subtitle, is certainly an apt and pithy summary. Although I began familiar with a number of the land­mark Origins experi­ments, I had known very little about the people behind them and I delighted in these back­stories: from the influence of political slants on scientific thought, as in the Oparin and Haldane duo and commun­ism and dialectical materialism, to the scientific heretics who sparked outrage from the main­stream origins-of-life bigshots (and were often off from reality by a long shot), but propelled import­ant concepts into debate. In addition to Cairns-Smith, there was Wächtershäuser and his Iron-Sulfur World Hypothesis, with the key idea that life needed an energy source from the get-go.

These backstories were often a blend of serendip­ity and science commun­ication, as in the case of Stanley Miller, whose career began when he stumbled into a life-changing lecture by Harold Urey, and John Sutherland, who years later stumbled in on Albert Eschenmoser's lecture. On the note of seren­dipity, also pep­pered throughout is the recurring motif of mont­moril­lonite clay, a seeming cure-all for all origins-of-life experi­mental ills, from speeding up RNA syn­thesis to coaxing the correct nucleotide chirality to catalyz­ing bilayer lipid vesicle form­ation. Marshall high­lights the non-discountable role of chance in discovery.

Finally, I especially appre­ciated the acknow­ledgments of the less-pretty aspects of science. Marshall nods at under­currents of egotism, politics, and implicit and explicit biases, and he also makes a point of spot­lighting people who contrib­uted to land­mark scientific discov­eries but whose names were smoth­ered out of history by those same ills. Tina Negus, for example, discov­ered the first Precambrian fossil but was brushed aside because she was a girl (the same fossil hailed as a brilliant find when rediscov­ered by school­boy Roger Mason a year later). In this story­telling is a wonder­ful paradox: In digging into the remotely distant past of life, Marshall also writes his way forward, hoping for an opti­mistic future society. (Regard­ing his shout-out of Angela Saini's book Inferior in the intro­duction – here is my enthus­iastic agree­ment that it is a well-researched read on gender biases!). By tracing the messy switch­back path that the science has taken, the book gently paints science as flawed and subject to revisions. I found The Genesis Quest to be a depic­tion of people who are talented and driven but also entirely human, and I found that uplifting.

A bit poetically, the book's first and last chapters open and close with imagery of the "warm little pond" that Darwin proposed. This story of life comes full-circle!