« TWiM 234: Corkscrewing through snot | Main | The Bacterial Symbionts of the Giant Tube Worms Are Varied In Shape and Function »

Fine Reading. Proximate and ultimate causes of the bactericidal action of antibiotics

In a Perspective piece in Nature Reviews Microbiology, Fernando Baquero of the Ramon y Cajal University Hospital in Madrid and Bruce R. Levin of the Antibiotic Resistance Canter at Emory University present a most thoughtful essay on the ways antibiotics kill bacteria (or don't). To explain the curious title and what's behind it, let me quote their introductory paragraph: 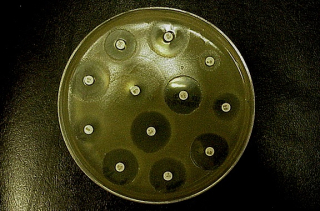 Curiously, for the vast majority of antibiotics, what is not known, and is subject of some controversy, is how these drugs actually kill bacteria and/or prevent their replication. For example, why do some ribosome-targeting drugs, such as most but not all aminoglycosides, rapidly kill bacteria, whereas others, such as the macrolides, prevent replication and kill at low rates if at all? Why is inhibition of protein synthesis lethal in some cases and only static in others? It is useful to put this question into the context of what Ernst Mayr described as cause and effect in evolutionary biology. Mayr used 'proximate causation' to refer to immediate factors (for example, physiology or mutation) of processes and 'ultimate causation' to refer to the 'final reasons' for the outcome (for example, natural selection or evolution). We use these terms similarly to respectively refer to the primary biochemical mechanisms by which antibiotics exert their action (the traditional 'mechanisms of action') and the final result of the process (bactericidal action). We know a great deal about the proximate causes of antibiotic action, how antibiotics interact with the cell, but we know vastly less about the ultimate causes, why, when confronted with antibiotics, bacteria die, and why they do so at different rates.

These clearly fundamental questions meet their match in this essay. Written in an accessible style, it provides a great deal of interesting and useful information.