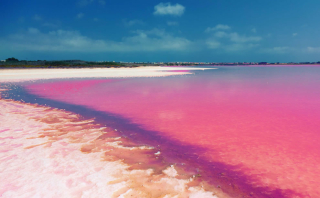 A flying saucer hurtles into our solar system, swings past Mercury and Venus, and comes to rest hovering over Earth, 3.7 billion years ago, deep during the Archean. The aliens peer down and ponder a planet as foreign to them as it would be to us. The atmosphere lacks oxygen but is full of methane and carbon dioxide. The sun is 30% dimmer than it is today, and a run-away greenhouse gas effect is the only thing preventing our planet from freezing over. The small continents teem with active volcanos, and a vast, seemingly unbroken ocean covers the planet. Earth appears lifeless. Dead. The beings hovering above are about to leave, their mission to find life in foreign solar systems an apparent bust, when someone in their crew shouts, "The water is teeming with… purple!"

Wait. Purple? Deep in our evolutionary history purple microbes might have dominated the surface of the planet, absorbing sunlight and converting it into energy in our world's first attempt at solar power. This unconventional way to look at ancient Earth is a theory known as the Purple Earth Hypothesis, the brainchild of Shiladitya DasSarma from the University of Maryland. His hypothesis argues that the secret of ancient Earth rests in today's purple archaea, known as Halobacteria (unfortunately, the poor archaeon was named before Carl Woese discovered Archaea as the third domain of life).

In the Spirit of Competition 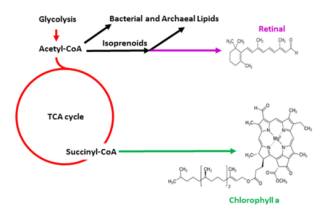 Today, we find Halobacteria thriving in salt lakes all over the world from Israel's Dead Sea, to Utah's Great Salt Lake, to the high salt lakes in the Andes. When these unique microbes bloom, they turn the water purple. This color is due to retinal, an ancient chromophore embedded in their membranes.

Retinal may be the world's Minimal Viable Product for photosynthesis, and its mechanism is simple, yet effective. Retinal is part of the transmembrane protein bacteriorhodopsin. When a photon strikes it, retinal changes shape. This conformational change pushes a proton outside the cell, generating a proton motive force that helps drive ATP synthesis by ATP Synthase. (To take a closer look at the process, see this YouTube video.) 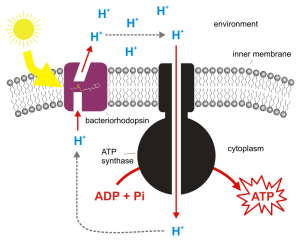 What strikes me about retinal is how it turns the microbe purple and not green – the color that dominates our planet today.

A quick light-physics lesson. When we shine sunlight through a glass prism the light is split into the visible spectrum, just like a rainbow. Before learning about the Purple Earth Hypothesis, I assumed the Sun distributed energy equally between the different colors of the visible spectrum. Turns out I was wrong! The Sun emits more energy in the green wavelengths and less in the red/blue wavelengths. Retinal takes advantage of this abundance of green light as it absorbs the Sun's green and yellow wavelengths and reflects purple. 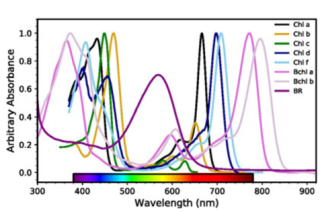 (Click to enlarge) Figure 4. Phototrophic pigment absorption as a function of wavelength. Bacteriorhodopsin (BR, dark purple line) is the only pigment that absorbs in the green-yellow range. Source

Chlorophyll , conveniently, absorbs blue-red light. It is theorized that chlorophyll evolved out of necessity to harness the Sun's energy but could only work using light of the wavelengths left over from the dominating purple microbes. Let us picture a bacterial community that is broken down into different strata. Each stratum is determined by resource availability, and different species find their own unique niche inside the ecosystem. In today's microbial communities these layers are often defined by oxygen availability. Microbes that thrive in oxygen-rich environments are at the top of the community while microbes that are sensitive to oxygen are found in deep layers, the anaerobic zones.

During the Archean, bacterial communities likely also lived in strata differentiated by light availability. The purple microbes would live at the top, absorbing the Sun's green light and emitting purple. Underneath this layer of purple microbes, other community members would have to make do with the leftover wavelengths of light. Over time, they evolved to use a molecule that could absorb the blue-red light and reflected green. Thus, chlorophyll came to be!

So why isn't our planet a medley of purple and green life today? Well... chlorophyll-containing microbes may have poisoned their purple competitors by producing oxygen. Oxygen gas is a waste product of chlorophyll-based photosynthesis, and as chlorophyll-utilizing microbes proliferated, oxygen gas built up in the atmosphere to the point where it began to kill the surrounding oxygen-sensitive microbes. Over millions of years, that microbial waste product caused one the largest mass extinctions on Earth, known as the Great Oxidation Event (a story for another time!). Anaerobic microbes were forced to find cover in oxygen-free environments or face extinction.

Another school of thought proposes that retinal-containing microbes may have died long before oxygen accumulated in our atmosphere. Chlorophyll is more efficient than retinal at harnessing sunlight and converting it into energy. Thus, green microbes may have simply outcompeted the retinal-based ones well before they poisoned them with oxygen.

So how come some purple microbes survived? Halobacteria and other purple microbes around today may have eked out an existence for a few billion years by picking up some oxygen tolerance genes from their neighbors through horizontal gene transfer. This allowed them to live in the new oxygen-laden environment.

Halobacteria's unique habitat may be the reason they are still around today. The salt lakes Halobacteria call home are inhospitable to most other forms of life. In a little ironic twist, these high salinities are so toxic, most cells will explode on contact as the water inside them rushes out into the salty surroundings. These extreme environments may have sheltered Halobacteria from competition So, purple microbes remained!

Where are the New Purple Microbes? 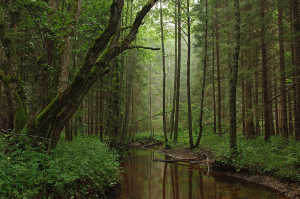 Figure 5. Why aren't forests purple? Or purple and green? Source

This leaves me with a question, if there is an abundance of energy in the green side of the spectrum, why haven't more microbes evolved to take advantage of this abundance of light? We don't really know. It is understood that plants and cyanobacteria are green because of chlorophyll but there is still a debate on why chlorophyll is green in the first place. Some scientists believe that photosynthetic organisms today, from cyanobacteria to plants, avoid absorbing green light because this extra energy can do damage to cells. David Des Maraias, a geochemist at NASA echoes this idea, and points out various evolutionary processes that organisms possess to protect themselves from the Sun's intensity. For example, in the oceans, cyanobacteria and algae live just below the surface, where there is enough light to power their photosynthetic engines, but where they are protected from the harm caused by Sun's full energy. Plants, on the other hand, protect themselves from the Sun's intensity by converting the extra energy not used to make sugars into heat.

Another school of thought is that microbes (and then plants) kept their version of photosynthesis simply because it worked. Absorbing light in the blue-red parts of the spectrum provided plenty of energy to power the cell, so there was no need to invest in absorbing energy of the other colors of the spectrum; if it ain't broke, don't fix it.

A Bright and Purple Future 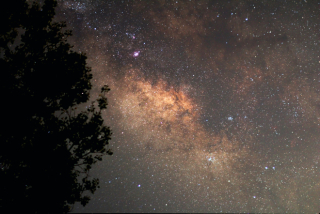 Figure 6. How many purple planets are we looking at when we gaze up at the night sky? Source: Melanie Belk

As astrobiologists tilt their fancy telescopes into the night sky to look for life on other planets, perhaps it will change their definition of what a hospitable planet looks like. Currently we seek out planets that resemble Earth at this point in its history. Ones with oxygen signatures and signs of chlorophyll through what is known as a "vegetation red edge," or the ability for green vegetation to counter the infrared radiation of interstellar space. But as we continue to look back in time, we find that for most of Earth's history the planet looked vastly different than today. If we seek to find planets with intelligent life, well, I am not quite sure how we do that. Perhaps the Voyager spacecraft will bring such life to us. But if we are looking for life in general, this theory can help broaden our search for hospitable planets. One day I hope these purple microbes will cause one astrobiologist peering through a giant telescope to turn and shout to another "Look! This planet is teeming with purple!" 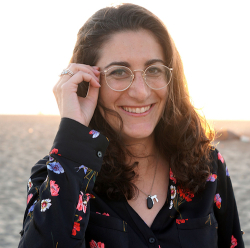 Gillian is an Associate Scientist at Cepheid, a medical device company in the San Francisco Bay Area. She has a masters from the Dutton lab at the University of California, San Diego. In her spare time she enjoys marveling at the microbial world.