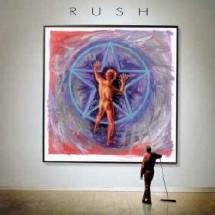 We list here our posts from the last half year, briefly an­notated.

The Microbial World and Elsewhere

Interplanetary Biomining. Do bacteria survive in space? You bet! Place them on the outside of the Space Station and they will remain viable for two years and more. Elio tells us why this is relevant to space exploration, being that such bacteria may "mine" some of the rare elements needed for electronics. 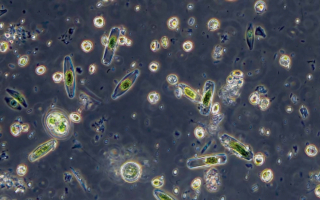 Antibiotics and the Foods We Eat. Roberto is worried. He says: "there seems to be no end in sight to the continued increase in the tonnage of antibiotics produced and abused annually, despite so many worldwide attempts at slowing things down." But, bless him, he thinks there are reasons for hope. Do you agree?

Fine Reading. Proximate and ultimate causes of the bactericidal action of antibiotics. Fernando Baquero of the Ramon y Cajal University Hospital in Madrid and Bruce Levin of the Antibiotic Resistance Canter at Emory University present a most thoughtful essay on the ways antibiotics kill bacteria (or don't).

Bacterial Blues. Janie points out that blue dyes are exceptional in nature, but microbes are quite good at it. You have likely heard of pyocyanin and indigo but probably not of other bacterial bluish pigments such as glaucothalin and indigoidine. And some may have practical applications, including as anticancer drugs.

Color is in the Eye of the Bacteria-Beholder. Once again, Janie centers on colors – on "structural coloration" in particular, which is in the eye of the beholder and depends on the viewing angle.  Some bacteria, she says, have a penchant for such. And gliding motility is involved. Surprise!

Our (Previously) Purple Planet. Gillian Belk, a scientist at San Francisco's Cepheid company, presents the Purple Earth Hypothesis, which posits that the early Earth was rich in the purple Halobacteria, which are Archaea that gave it its color.

All the World Is Not E. coli. As if you doubted it! An archaeon, Methanococcus maripaludis, does not change the amount of its ribosomes with its growth rate, but rather, it alters their efficiency. Elio thinks this is upheaving.

A Whiff of Taxonomy – Radiolaria. Roberto tells us that there's a surprising role in the Earth's carbon cycle for these beautiful silica-encased ocean dwellers.

Cyanobacteria fly kites? Come on... Christoph asks: "Have you ever heard of 'ballooning' or 'kiting' by bacteria, marine cyanobacteria to be precise, and underwater?" Such horizontal tumbling y is due to Type IV pili, which increase the cells' drag in the water column and reduce their susceptibility to protist grazers. This lets these bacteria stay put in their comfort zone.

Non-Photosynthetic Bacteria Also Have a Circadian Rhythm. Elio queries: Cyanobacteria, being photosynthetic, are well equipped to sense light, but what about non-photosynthetic bacteria? It turns out that B. subtilis can also tell it. Surprise!

Names, New and Strange – A Snippet. Novel bacteria are mentioned in a journal not dedicated to taxonomy, Microbiology Research Announcements. But there you have it.

Symbioses and Other Friendships 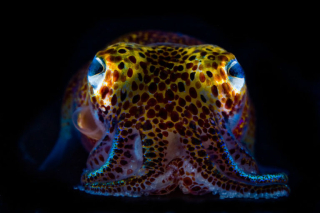 The Bacterial Symbionts of the Giant Tube Worms Are Varied In Shape and Function. Elio says that within the trophosome, the symbiont-containing organ of the ocean's giant tube worms, bacteria are different in size: some are small rods, others large cocci. So what?

Trans-Translation Part 2: Of Vibrios and Squids. Janie continues her treatment of tmRNA, "a multitalented molecule that enters jammed ribosomes first in the tRNA-mimic mode, and then switches into the mRNA mode to append a degradation tag onto the incomplete polypeptide."  There is a lot to it.

History, Then and Now Unmasking an Ancient Scourge. Ornob Alam, a graduate student at NYU, discusses a study of Mexican ancient dental pulp DNA from the time of a great epidemic, which points to Salmonella paratyphi C as the likely causative agent.  A big surprise, don't you think?

100-Million-Year-Old Seafloor Sediment Bacteria Have Been Resuscitated. By our favorite guest author Jennifer Frazer of Scientific American. A great story!

History of Microbiology Puzzler.Roberto suggests that you try it, as long as you have extra time on your hands.

The Wonders of Microbial Domestication. Roberto, while running with his dogs (domesticated ex-wolves), ponders about the domestication of microbes. This gave us bread, wine, sake, soy sauce. Some of them are produced by microbes whose ancestors made strong toxins.  How were these genes "bred out?"

A Brief History of Biofilm Research. George O'Toole tells us that "biofilms are here to stay," not only on the surface of rocks in the oceans but, alas, on medical implants. He discusses three approaches available to study their formation and how these developed historically.

We Remember Tom Brock. Tom's curiosity regarding bacterial ecology not only opened our eyes but it led to such key advances as the Polymerase Chain Reaction.

Chalks Talks vs PowerPoints. Elio lists pros and cons of each. 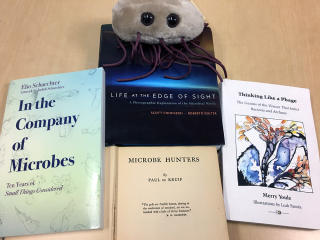 The Riddle of Life. Book reviewer Daniel has a positive review of Jan Spitzer’s How Molecular Forces and Rotating Planets Create Life: The Emergence and Evolution of Prokaryotic Cells.

Microbiology for All Ages: More Small Friends Considered. Here, Daniel presents two books, Nema and the Xenos and The Forest in the Tree, two tales of symbioses that entertain while teaching about microbial ecology.

Microbes Aren't Mooks: The Abiding Threat of Antibiotic Resistance.  Daniel discusses the book Superbugs: An Arms Race Against Bacteria, by Hall, McDonnell, and O'Neill, a fine primer on the topic discussed from the perspective of economics and other social sciences. Their final chapter stresses that this is "a problem that can be solved." Let's hope they're right.

Thankfully We Aren't Facing Ebolenza. In The End of October, Lawrence Wright deals with a possibly new pandemic. Daniel says: "The speculative aspects of the biology don't necessarily hold up, and the exaggerated direness of the biological threat and its impact are clearly over-the-top. But this works to fuel a page-turning thriller."

Microcosm: The Current Issue. Elio and Roberto review this ASM publication (they liked it).

Towards a More Open Science. Roberto recalls his visit to Copenhagen's Carlsberg Laboratory, where the following motto is prominently displayed: "No result of the Institute's activities which is of significance in theoretical or practical terms must be kept secret." Everyone should adopt this tenet, he thinks.

From the Kolter Lab. Elio points out that several Kolter alumni have recently made it big in the ASM.

Happy Birthday Elio! Nice words by Roberto and the STC team. Thanks!

Sympatry and Allopatry. Sympatry means that two species coexist in the same physical area, allopatry that they don't.

The Biological Pump. A big deal, as Roberto explains.

Alpha, Beta, Gamma Diversities. Read on, if you need to know.

A Losing Battle. The pandemic virus is called SARS-CoV-2, the disease Covid-19. Elio wonders why.

II. A (not so) new face of Fusarium

III. A Yeast Messes with the Gut Microbiome

#183. Can you think of any features of a viral genome that might allow you to tell if it is capable of causing a pandemic?

#184. What will be found in the samples collected by "Perseverance" once they are brought to Earth and fully analyzed?

#185. Can you conceive of a virus that can divide by binary fission?

#186. In their classical experiments, Oswald Avery, Colin MacLeod, and Maclyn McCarty showed that streptococci in a specific growth phase take up exogenous DNA, resulting in a transformation of their phenotype (note that they never talked of "transforming DNA into the streptococci", as you find it regularly in the literature, which is embarrassing.) These experiments proved that DNA is the genetic material. But Avery et al. did not speculate why the streptococci would be interested to take up DNA in the first place. Can you think of a reason(s) why and how streptococci and many other bacteria − E. coli being a notable exception − evolved "natural competence"?


#187. Why does Brevibacterium grow so slowly? Contributed by Raymond Cox.