« Pictures Considered #53 : The ocean water column is profoundly dark... | Main | Teachers Corner: The Name for the Small Things We Consider »

Care For A Glass Of Chicha? 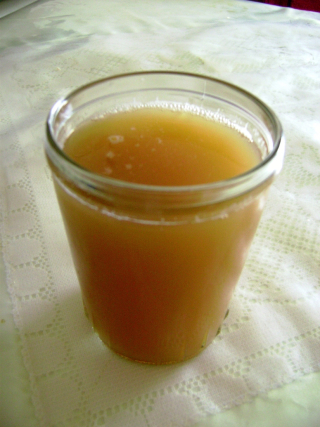 Alcoholic beverages typify human societies. Think of champagne and the French, scotch and the Scot, and so on. In the Western regions of South America, mainly Peru, Ecuador, and Colombia, the main artisanal alcoholic drink made by the native people is called chicha. It is the product of fermentation of one of various grains, the main one being maize. Cassava (manioc), quinoa, the fruit of the chonta palm, and others are also used. What typifies some chicha from Amazonia is that the material to be fermented (cassava) is first cooked (boiled) and then chewed into a pulp by willing participants, traditionally women. The "chewate" is then placed in vats where fermentation takes place. It is ready for consumption as quickly as 2-3 days after preparation. Chicha has a notable history. It was used for ritual purposes by the Incas, traditionally prepared by the "virgins of the sun."

I spent my teen years in Ecuador, but being young and reasonably abstemious, did not partake of chicha until I returned for a visit. Entering a "chichería," a place where the stuff is both brewed and consumed, I overcame my qualms in the spirit of microbiology. I was aware that that the point of the chewing is to expose the sample to salivary amylase, which converts starch into fermentable sugars. The taste was acceptable, although not likely to turn me into an avid "chichero."

The microbiology of chicha has been studied in some detail (see, for example, here, and here). It has recently been complemented by an elegant and thorough report from the laboratory of Prof. Gabriel Trueba, of the Universidad de San Francisco in Quito, Ecuador. These workers identified the bacterial strains present using cultures and by 16S rRNA gene-based tag-encoded FLX amplicon pyrosequencing (bTEFAP). The most common species encountered in the four samples of chicha studied varied in number from 21 to 31. They also found in abundance the potential pathogens, Streptococcus salivarius and S. mutans. Fungi were also present, the most predominant being Saccharomyces cerevisiae. Figure 2. Chicha in the making. Source

Their main conclusions were that human saliva speeds the fermentation not only by providing the amylase that breaks the starch down to fermentable sugars, but also by delivering a suitable bacterial inoculum. Moreover, the authors speculate that chewed chicha could transmit potential human pathogens such as S. mutans, an important agent of dental caries. So, drinking chicha may not just be fun.

Hear more about chicha in this episode of This Week in Microbiology.