« Teachers Corner: The Name for the Small Things We Consider | Main | Fine Reading: Did You Know That Algae Can Be Pathogens? »

The original version of this essay appeared in a 2009 issue of ASM's magazine, Microbe. I thank Mark Martin for resurrecting it.

In 1962, Thomas Kuhn wrote a book of seminal importance, The Structure of Scientific Revolu­tions, wherein he introduced the concept of "paradigm shift." Kuhn proposed that science ad­vances through a "series of peaceful interludes punctuated by intellectually violent revolutions," in which "one conceptual world view is replaced by another." Paradigm shifts occur rapidly; other significant insights take their time in developing and are the stuff of "normal" science. Borrowing from the language of influenza virology, I will call the latter "paradigm drifts." How do these con­cepts apply to the microbial sciences? 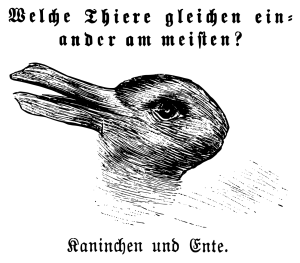 A paradigm shift, in the Kuhnian view, must have these at­tributes: unprecedented, open-ended, broad, simple, and fruitful. The definition does not readily lend itself to quan­titative analysis, and I will use a personal reading of Kuhn's terms. I present here examples of what in my mind consti­tute paradigm shifts and drifts in microbiology. Each of them can be reduced to a generalization that, let us hope, is both gracefully simple and exceedingly far-reaching. I rea­lize that making such choices may be audacious, but it is meant to be merely a personal statement. My purpose here is primarily to elicit discussion.

Surely, readers will want to add to or subtract from this list since, since, as I implied above, there is considerable room for opinions. Here I will posit that many of the most exciting current develop­ments in microbiology qualify as paradigm drifts because they are distinctly work in progress. I have no doubt but that eventually they will lead to important generalizations, but not quite yet. This view does not diminish their grandeur and luster.

The Planetary Prevalence of Microbes  It has been known for centuries that massive rock de­posits such as limestone, biogenic silica, and coal are of biological origin, much of it microbial in nature. Still, it came as a surprise some years ago when it was calculated that the Earth's extant biomass is hugely microbial, the microbes comprising perhaps one tenth the total weight of all living things. Much of this enormous global cargo is found in underground water occupying the spaces within the rocks. Here, metabolism is thought to be slow and unhurried, yet the total flux contributes meaningfully to geochemical activities. In the oceans, microbes carry out about as much photosyn­thesis as all land plants combined. Prokaryotic and eukaryotic microbes share the work, perhaps almost equally.

Metagenomic techniques allow a census of the microbes present in almost any habitat. We can securely contend that geologic and atmospheric transactions cannot be envisioned without in­cluding the activities of microbes. Both quantitatively and qualitatively, much of the planet's me­tabolism is microbial. And I haven't even mentioned the viruses!

What Do We Know Of Bacteria As Organisms?  What a question! Given the enormity of the mi­cro­bial world, we can only reduce it to a few paradigms. Foremost in our acquaintance is a species that most of us carry in our gut, Escherichia coli. So much is known about its structure and meta­bolism that our knowledge of it (and its close cousin Salmonella) was covered in 1996 in two fat volumes called 'Escherichia coli and Salmonella', totaling over 3000 pages (Mamma mia!). We published an update in 2000 and now there is a journal EcoSalPlus, dedicated to publishing our growing knowledge of these bacteria along with others. It's fair to say that we know more about these species than about any other bacteria, perhaps more than about any other living things.

Ours is the Age of Imaging  Current biology has rendezvoused with its visual origins. For much of its recent history, the chemical way of looking at things biological prevailed. Enormously contribu­tory as it was, visual it was not. How things have changed! Now, every aspect of biology has bene­fited from technical developments in microscopy, from the ability to visualize single molecules, often within living cells, to the discovery of bacterial cytoskeleton-like structures, to the ability to "crawl" inside cells to see what they are made of. Optical tweezer technology permits the study of single molecules in action – polymerizing, stretching, pulling, twisting. The optical microscope is now transcending the barrier of physical resolution, thanks to an array of fancy methods with acronyms such as SI, PALM, STORM. The electron microscope has not been left out, with progress in cryotomography and other techniques, plus various scanning probe microscopes. New views are gradually replacing old ones regarding the behavior of individual molecules and the structure of cells and viruses. But, despite all these magnificent developments, few generalizations are yet possible in this field.

Evolution  Two radical findings characterize the modern view of evolution: the existence of three domains of life and the lateral transfer of genes between species. Both are fundamental concepts, and both arose abruptly. Conceptually, both leave key questions open such as, what is the origin of the three domains? Discussions abound, especially about the ancestry of eukaryotic cells. Of equal concern is the extent and importance of lateral gene transfer. To what degree does it incon­venience the very concept of the Tree of Life? And is it mainly relevant to the lower taxa? Strongly held views exist on all these questions. Are today's tools adequate to resolve them? Will more genome sequencing and informatic analyses further our under- standing of how microbes, and indeed all of life, have evolved? Or must we await a new methodology?

Microbial Sociology (or Sociomicrobiology)  For most of the history of bacteriology, bacteria were thought to carry on as individuals, with only a few significant interactions between them. The few celebrated instances of collective behavior, such as seen in certain differentiating bacteria, were considered to be special cases. We now know that bacteria and archaea build complex and inter­active communities (e.g. biofilms), the result of intricate conversations between them. But beyond that, even "planktonic" prokaryotic cells communicate with one another. Much like insects, they use specific chemical compounds as their community organizers. These act to turn on and off genes, direct the making of biofilms, and trigger a response to inimical influences such as antibio­tics. Generally speaking, bacteria and archaea act in ways akin to those of the social insects. They are indeed "superorganisms." Not only must we treat microbes with greater respect, we can also presume that the behavior of all living things evolved from that of the "simple forms of life."

Cellular Microbiology  (I consider this a thorny term, as all microbiology is cellular, but it seems to have traction, so I will use it here. It stands for "pathogenic microbiology.") Previously, hosts and symbionts, beneficial or otherwise, were believed to go their own separate way. The exception to this had always been the viruses, while pathogenic bacteria, fungi, and protists were thought not to have such a close interdependence with their hosts. We now know that hosts and parasites in­teract extensively at a molecular level, each using molecular and structural constituents of the other for their own purposes. Of course, the kinds of mutual appropriations and embezzlements differ between specific pairings, reflecting the skills and competency of each member. But, in each case, the give and take is extensive and has profound consequences. Our thinking has shifted from viewing symbiosis and parasitism in terms of pairs of organisms engaged in a complex cho­reography to a more unitary view in which the two constitute a new whole, a "holobiont".

Now, how about the advances in such expanses as the regulation of gene expression, the animal microbiome, the evolution of symbioses, and many, many more? I would like to leave their status open to discussion. You might add to this list or argue about my individual choices. Whether your choice of shifts and drifts matches mine or not, no matter. Let us rejoice in living at a time when the list of microbiological contenders is growing at such a rapid pace.