As a U.S. citizen living abroad, I often get queried about COVID-19 vaccine hesitancy. Why do so many people refuse the vaccine? Let me put it bluntly: I do not understand it. There are so many different reasons, and I can respond with a long list. But at the core of the matter, resistance to vaccination does not make any sense to me. So, in my answers I prefer to contrast vaccine hesitancy among the relative well-being of today with the ready acceptance of vaccines under much harsher conditions. The stories behind the development of typhus vaccines come to mind. 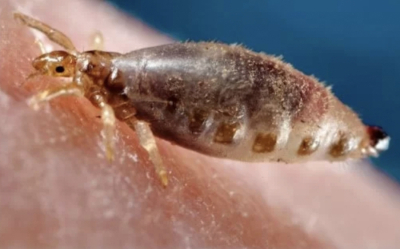 Typhus is not a prevalent disease today. But for centuries it was a hallmark of human poverty, crowding and lack of hygiene, especially in times of war. The intracellular bacterium that causes typhus, Rickettsia prowazekii, is transmitted by the body louse. And lousy conditions – in the literal sense – were rampant in Poland before and during World War II. Particularly in the crowded Jewish ghettos. When the Germans and Russians invaded Poland in 1939, they grew increasingly worried about the spread of typhus among their troops and therefore sought vaccines. Out of this catastrophic situation emerged two beguiling stories of vaccine development and use.

In 2015, Elio described how, under extremely difficult conditions, Rudolf Weigl led an effort that generated a useful vaccine from the guts of Rickettsia-infected lice. One of the most amazing aspects of that story is that human volunteers were used to grow the body lice which were then infected manually, one at a time! Many of the volunteers were members of the resistance and Jews, whose lives were thus spared. Even if you read Elio's piece before, I highly recommend a re-read.

The development of a second vaccine was spearheaded by a Jewish associate of Weigl, Ludwik Fleck. Soon after the Nazi occupation Fleck was interned in the Jewish ghetto of L'viv. Working under unimaginably poor conditions at the ghetto hospital, Fleck discovered that Rickettsia antigen accumulated in urine of symptomatic and pre-symptomatic individuals. From the urine, through concentration and purification of the antigen, he developed a vaccine that proved effective. In the initial "trials," Fleck vaccinated himself and his family along with numerous ghetto volunteers. Later, Fleck and his son suffered only mild cases of typhus in the horrendous conditions of both Auschwitz and Buchenwald. Miraculously, he survived the camps to tell the story, which he relates in a must-read essay. In my view, reading that narrative is the cure for anyone showing vaccine hesitancy today.