As we begin the academic year many of our readers are likely feeling somewhat uncomfortable, perhaps even nervous, returning to in-person teaching; in many cases facing classrooms full of masked students. We felt this would be a good time to re-post this remarkable essay on lecturing by Stanley Falkow that first appeared in STC on January 9, 2014. This is also our way of continuing to honor Stan, who died in 2018, and his manifold contributions to microbiology. Elio aptly called Stan a "Modern Koch."

A graduate student came to my office recently to say that she was increasingly bothered by anxiety and the 'terror' of having to speak at laboratory meetings. She had also learned a month ago that she was expected to lecture to a class organized by her mentor. The thought of having to lecture to 20 or so complete strangers had now led to sleepless nights and she was physically ill as well as mentally distressed. She had been told that all of this could be 'fixed' by a small dose of a beta-blocker or an anti-anxiety drug like Ativan. She had tried this but it did not help her enough and she was now seeking my counsel because she had been told that I had written that I suffered from similar symptoms when I was a young scientist. Did I have a secret I could share? She confided in me that she was considering giving up her life long dream to become a 'college professor.' I gave her several pieces of advice and told her how I was first able to get some relief after my first attempt to lecture to medical students in 1966. It occurs to me that this student may not be alone and I have heard from a number of people that reading my 'confession' that I had suffered from panic attacks early in my career had been helpful to them. So perhaps the readers of my favorite blog might find it helpful as well. 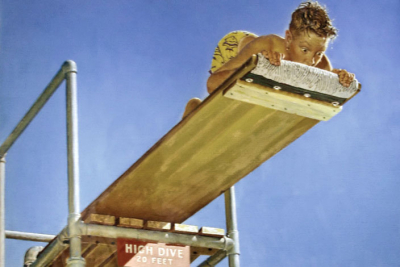 I had lived with anxiety and actual panic attacks, as well as the constant fear of having them for over 10 years before I was asked to deliver a series of lectures across town from my job at Walter Reed to the sophomore medical class at Georgetown University. I had not yet established a truce with the demons living in my thoughts. Yet, whenever I was faced with a decision to do something I feared, like accept an invitation to speak at a meeting or, as in this case, teach in front of an audience of 150 students, situations that were terrifying on the one hand but resonated with my ambition or scientific career, my first response was to say "Yes, I'll do it!" Indeed, I Wanted to do it!! However, once alone with no defense against my self-generated fears, I would begin to plot how to avoid what I had agreed to do. This had become my MO for dealing with scientific meetings. I would accept and then the day before, I'd call and cancel because I was 'sick' or gave some fabricated other excuse. But in this case, by accepting the invitation to teach at a local university, I understood that if I agreed, there would be no escape—nor did I want to escape. There was part of me that desperately wanted to 'be on stage' and to take on the role of a teacher.

Those first lectures at Georgetown took place in the fall of 1966. I was absolutely terrified as I stood before the class. True I had given a few research seminars before, but these were directed to small groups of people who by and large knew the basic subject matter. Not that I wasn't frightened when I gave research seminars. But, here in the classroom setting the terror I experienced was more global and more 'dangerous' since I felt more exposed. As I began to lecture, I was sweating profusely, and my heart was pounding in my ears. I felt so light-headed that I thought I would, at any second, pass out. I was looking for something to hold on to steady myself. There was a podium but it was awkwardly placed to one side of the stage. So I stood on a stage in front of rising rows of seats occupied by a group of people not that much older than me who were by now looking quizzically at me and then one another. The faculty of the Department of Microbiology, led by Arthur Saz, were in the front row all waiting to see what I could or couldn't do. Medical students of that era were in class for hours at a time receiving detailed lectures illustrated by glass lantern slides one after another on subject matter that ranged from the dull to interesting to the exciting and even exultant. Which was I to be?

I began the lecture in a hesitating, nervous, much too low voice. "Speak up" one of the students yelled, "We can't hear you from up here."

I spoke louder but in a choking tremulous voice. "I want to discuss with you over the next several hours the biology, the epidemiology and the nature of infection caused by bacteria that can infect the human intestinal tract."

I was certain that in any second I was going to faint from fright. I looked around for something to steady myself. There in the corner of the stage was an old wooden stool, the kind of furniture that one still sees in a bar or in school laboratory classrooms. I walked over to this wooden seat that was to be my haven of stability. I picked it up and carried it deliberately to the center of the stage and put it forcibly down. I then sat on it and faced the audience. I had not said a word since my faltering opening sentence. The audience was following my actions intently.

I continued, "When dealing with potential gastrointestinal infection, one of the first things that a physician wants to know about is the patient’s stool!"

I swear to you that I had not intended the use of the word stool as a patient specimen to coincide with my successful search for something to sit upon that happened to be, well, a stool. The audience thought this was an intended play on words. They began to laugh. I looked at them. I was puzzled. I was even more horrified! What had I done?

"What's wrong?" I asked with a puzzled look on my face. They laughed louder at my feigned innocence. Faced with this laughter directed at me, I did what any man would do under the circumstances; I checked my fly to see if it was unzipped! Although I tried to do this discretely, all men will agree, it never is discrete enough. It did not escape the notice of the audience. Some people were now laughing really loudly. Fortunately, I suddenly realized what had happened and I smiled at them sheepishly with obvious relief. They laughed louder.

This unintended play on words that led to laughter relaxed the audience and me. I had never felt quite so at ease before in a lecture. So I began to deliberately look for humor to introduce into my lectures. When I told them about Shigella and dysentery I told them about my encounter with the monkey who had pelted me with feces. I exaggerated, I mimed. I played my own straight man and, relatively speaking, I relaxed. The lectures were a success. I had found by accident a means to relax while speaking in a group. I learned that the key to using humor in my lectures, at least for me, was to make myself the butt of the humor, never others. Since my subject matter was scatological, it was not difficult to get them to laugh. Shit is often funny.

I told the student who had sought my counsel that I did not suggest she become a stand-up comic. Rather I suggested she try to find something in her lecture material that she felt most comfortable talking with others about and to make it her initial focus. "Don't," I said, "try to dazzle them with data and your in-depth knowledge of the minutia of the subject." "Rather," I advised, "Talk to them as if you were explaining the material to your Mother or, even better, your Grandmother. It is what I try to do whether I teach, or give a scientific talk. I think it will relax you too."br />

Finally, I told her that I was not cured by this experience but it did provide me with a tool that got me through a tough time. I found, as well, that something that I had kept as a deep and dark secret about what I perceived was a fatal weakness in my character was not viewed that way by most people. I told her about the demons in my thoughts. Rather, they always would reassure me and try to help. Little by little I got better. And, besides, she had taken the first step by admitting to others what frightened her.

By the way, the demons in my mind still re-visit now and again but I just tell them a bad joke and they give up and go away. 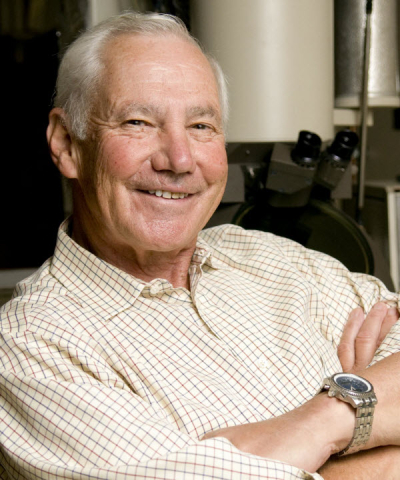