« TWiM 254: Episymbionts Are Good For You | Main | Pictures Considered #55: Conjugation, and some pairing issues »

Are We in Danger of Technology (Once Again?) 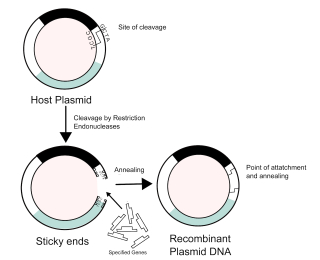 In a world beset by worries about using CRISPR and such technologies for potentially wicked purposes (e.g., cloning potentially dangerous foreign genes into babies' genomes), I am reminded about how such concerns were handled in the beginning of the story, when recombinant DNA technology first emerged. Its discoverers did indeed express a serious worry that this new technique could be used for malicious purposes. What to do? Under the leadership of Stanford professor Paul Berg, they convened a series of meetings of experts – starting in early 1973 – to discuss the implications of the work and draft guidelines on how to conduct experiments with recombinant DNA safely. These preliminary meetings led to the Asilomar Conference on Recombinant DNA in February 1975.

The Asilomar Conference participants introduced the idea of different levels of risk, from low to severe. Experiments that called for the cloning of virulence genes from highly pathogenic organisms were explicitly forbidden. The participants decided, something unprecedented in science, that there should be a moratorium of all research of this type until suitable guidelines were drawn up. The implementation of the decisions reached at Asilomar was left up to the NIH. To this purpose, it created the Recombinant DNA Advisory Committee (RAC), which exists to this day. Soon, the government required that one third of RAC's members be non-scientists. Through the years, many changes have taken place, most reflecting the growth of the field especially in human gene therapy (now it goes by the acronym NExTRAC). Notice that the moral and scientific weight of RAC obviated the need for legislative action. For a detailed description of what has ensued since, see here.

I was member of RAC for several years, ca. 1990. I witnessed the change in the number of applications being considered, from most concerning work with bacteria and viruses to a majority aimed at human gene therapy. In time, with few reports of the microbiological experiments having unwanted consequences, the shift towards human experiments became nearly complete (and some of us were thus rendered obsolete).

Not all participants held the same views, some representing one extreme – wanting to ban all research of this sort. And there were some at the other end, pushing to abolish the RAC altogether. Outsiders, some with extreme views, were often invited to testify. I remember one blind person emphatically stating that all research that may result in a cure from blindness should be banned. It got quite lively at times. But the outstanding attribute of the deliberations was their openness and accessibility.

I understand that a number of entities in several countries are taking up the challenge of the day in dealing with the widespread use of CRISPR. I fear that this may result in a cacophony of suggestions, a unified set of guidelines would be better. Let us wish that generally acceptable conclusions will emerge, based, I hope, on the experiences gained from the Asilomar Conference and the RAC.