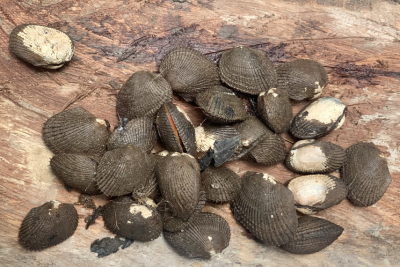 One of the perks of being a microbiologist is participating in expeditions at remote locations to collect samples for our projects. My most recent excursion was to the southern Pacific coast of Colombia, a far-off region replete with man­grove forests. The purpose was to obtain samples of the bivalve Anadara tuberculosa, locally known as piangua, to study its genome and associated microbiome. I went there with my colleagues Mireya Osorio and Diana Trujillo from Universidad de los Andes, Bogotá, Colombia. Our experi­ence was a very brief yet eye-opening immersion into a lifestyle of minimal conveniences in a setting surrounded by nature both majestic and fierce. 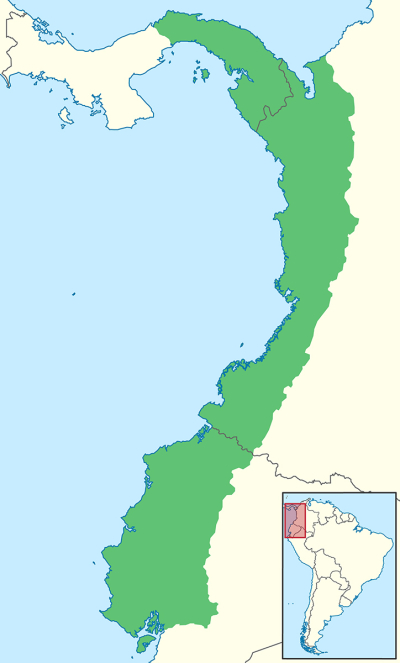 The Pacific coast of Colombia is part of the Chocó biogeo­graphical region, unique in our planet in terms of ecosys­tems, species richness, and endemism, unknown to most and treasured by scientists and conservationists. The Chocó occupies about 187,400 square kilometers and extends along the Pacific Coast from Panamá to Ecuador (map). The biological uniqueness of this region stems from a combina­tion of geological and climatic factors that separated this coastal strip of land from other ecosystems in the conti­nent. Tectonic movements that brought together North and South Ame­rica connected these large masses of land, forming the isthmus of Panama that led to the migration of species known as the Great American Biotic Interchange. The formation of the Andes Mountain range in South Ame­rica served to progressively isolate this coastal region from other continental habitats. The separation of the Pacific and Atlantic oceans altered currents and transformed the Chocó region into one of high humidity and precipitation with a variety of ecosystems that range from mountains and rain­forests to rivers, swamps, and mangroves. Over the mil­lennia and thanks to processes of evolution and adaptation, this region along the northern Pacific coast of South Ameri­ca became rich in plant and animals and home to myriad endemic species, making it a one of the most biodiverse areas on the planet. In Colombia alone the Chocó region harbors most of the country's registered species, including many endemic plants and birds. With annual precipitation ranging between 3 and 12 meters, this is one of the rainiest regions in the world, creating con­di­tions that make human habitation extremely difficult. Today, the Chocó is still largely inaccessible and sparsely populated. The few humans that brave this environment live in diverse multiethnic communities and have carved out a unique lifestyle in these harsh surroundings. 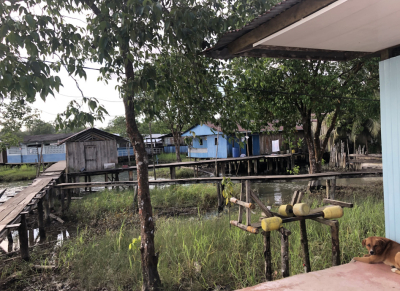 Figure 3. A village along the Iscuandé River. The school is in the distance (blue walls). Source: Mechas Zam­brano

Our journey took us by air from Bogotá to the city of Guapi, from where we embarked on a 1.5 hour-long motorboat ri­de along an intricate network of river deltas until we reach­­ed a small community of wooden houses built on stilts at the mouth of the Iscuandé River. The rivers in this area, among which are the Guapi and Iscuandé Rivers, discharge large amounts of water and sediments that shape and give the area its unique features and majestic landscape. Man­grove trees flourish at the water-land boundary formed by the daily ebb of tides and river currents.

Mangrove species are found worldwide in saline or brackish waters of tropical and subtropical regions and are unique in their adaptations to salinity and low oxygen and their capacity to withstand frequent tidal flooding. Once viewed as swampy waste­lands, mangrove ecosystems are now known to provide an essential habitat for diverse species that work together to maintain these coastal zones healthy and vibrant. Mangrove trees trap se­diment and pollutants, stabilize shorelines and protect them against erosion from the ocean. They are home to many species, from bacteria to barnacles and algae, and are the breeding ground for crabs, shrimp and fish. By providing an essential habitat for thousands of species, mangrove forests are crucial for maintaining a productive food chain in coastal zones. 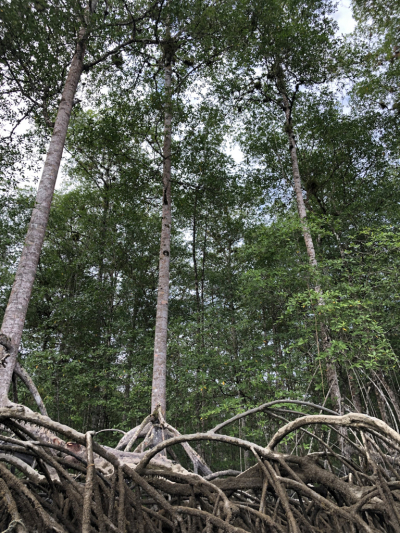 Collecting pianguas is not an easy task. It is carried out mostly by women experienced in finding these small clam-like mollusks burrowed in the mud. Equipped with small buckets, gloves, boots, and protection from mosquitos and the sun, the women dig up pianguas amid the entangled mangrove roots that hover elegantly over the mud left be­hind as the ocean water recedes during low tide. Lacking the proper knowledge or attire to participate, I am rele­gated to observing from the small motorboat, the local transportation currency. Isolated geographically and by the absence of communication, I marvel at the disparities in lifestyles. The advances and comforts we take for granted during our daily routines are rendered almost meaningless when faced with the difficulty of subsisting with the bare essentials.

So why are we collecting pianguas in this secluded corner of the world? Mangrove-associated microbes are, not surpri­singly, an essential part of these ecosystems. They contribute to the carbon and nitrogen biogeo­chemical cycles and are thus crucial for productivity and the entire food web. Their role in carbon turnover in sediments also makes them key to carbon storage. However, the extent of the micro­bial functions underlying the diverse ecosystem services provided by mangrove forests are not yet fully understood. 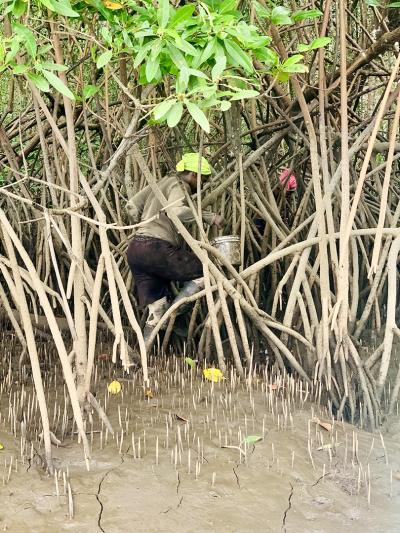 Which is the reason why a group of scientists recently launched the "Mangrove Microbiome Initiative." This inter­national network proposes to work on the mangrove micro­biome with the objective of reaching a more complete un­derstanding of the microbial functions and interactions that contribute to a healthy ecosystem. They prioritized research areas, such as characterization of the microbiomes and their biogeochemical processes, to obtain a holistic view of these communities and their diverse roles. This work, how­ever, needs to be done by coordinating research efforts and using standardized methods and approaches that can en­able comparisons and validation across sites. The hope is to unveil key microbial processes that can aid efforts aimed at managing and conserving these ecosystems.

The challenge is how to translate this research into infor­mation that can be both accessible and useful across cu­ltural and economic divides. After all, and as was made clear by the leader of the community we visited, we are not really working on a "project," which equates with economic or material gain, but doing a "study," which translates into not really knowing if or when the work will have an im­pact. And this is so true about so much of the work we do in microbial ecology. But the hope that someday it might do some good plus eye-opening experiences such as this visit to the Chocó keep us going.

Mechas (María Mercedes) Zambrano is a microbiologist and the Scien­tific Director of Corpogen Institute in Bogotá, Colombia.