First the Fire, Then the Fungus 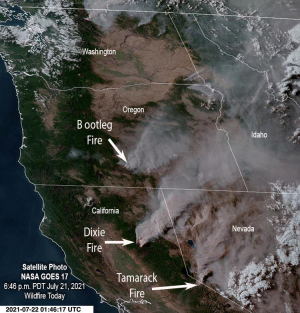 Figure 1. View from space of the wildfires raging in the Western United States, July 2021. Source 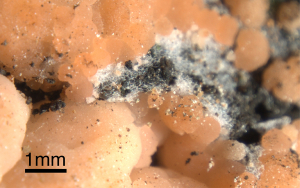 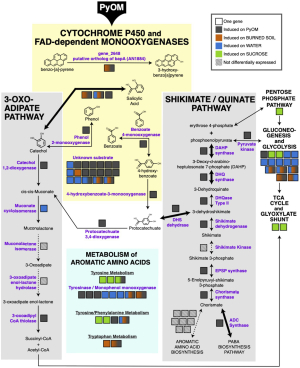 Caption to Figure 3.
Metabolic map highlighting aromatic compound metabolism induced by growth on pyrolyzed substrates. Sig­nificantly upregulated genes mapped onto the canonical pathways for aromatic compound metabolism (ad­justed value of p<0.01, fold change >2, n=3). Bolded arrows indicate a fold change >8 on PyOM compared to sucrose. Each gene is indicated as a black-outlined box, and the proteins encoded by these genes are indi­cat­ed as purple text. The color fill of the box indicates the condition(s) in which the gene was upregulated. Multi-colored boxes are slightly larger than mono-color boxes to increase visibility of the colors and to highlight gen­es that are induced in more than one condition. Diagonal parallel lines within a box and associated dash­ed lines indicate genes that were expressed, but not differentially expressed under the tested conditions. Source