Continuing with tradition, here is the list of our posts from the last half year, lightly annotated. 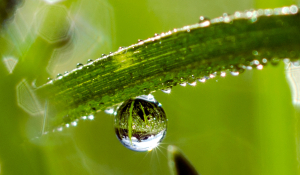 Extreme Living in the Atacama  Where on Earth might you find Martian landscapes? In the Atacama Desert, where it almost never rains. But when it does, microbes thrive, as Roberto relates.

First the Fire, Then the Fungus  Roberto tells the story of Pyronema, the fungus that lives on charcoal. 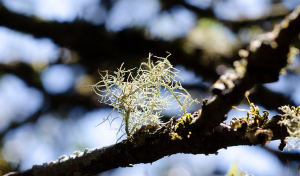 Bacterial Symbionts Halt The Disease Burden of Dengue Virus  Rupinder Kaur, Sarah Bordenstein and Seth Borden­stein describe how Wolbachia is used to control the pro­liferation of mosquitoes that serve as viral vector.

A Paramecium, a Purple Bacterium, and a Green Alga Walk into a Bar…  Janie tells us of yet another "takes three to tango" story of symbiosis. This time it is a purple-green ciliate hosting a purple bacterium and green alga. Enjoy the colorful dance! 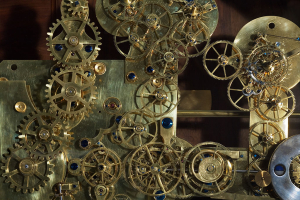 For Bacteria, Mating can be a Stressful Business  When two microbial strangers meet – strangers being non-kin strains of Bacillus subtilis – mating ensues. How come? Turns out, it is all about stress, as guest author Anna Dragoš described.

Borrelia and it's not-so-loose ends (part 1)  In this exciting "two-parter," Christoph dives deep into the molecular bio­logy and morphology of the twisted Borrelia. In this first installment, it is all about how to tie the loose ends of linear DNA molecules.

Borrelia and it's not-so-loose ends (part 2)  In the second part, we learn how these corkscrew-shaped bacteria tie their polar flagella at midcell!

Goodbye Sandcastle, Hello Microbial Bio-Brick  Humans use extravagant amounts of concrete, and the world is running out of its main ingredient, sand. Microbes come to the rescue with bio-bricks Janie tells us.

Why Calcify?  Roberto attempts to address the "why" of those mystifying microscopic shells so abundant in oceans sediments, the coccoliths. As with most "why" questions, the answers are not all that clear.

The Hunger Games  In describing the ability of bacteria to respond to catecholamines, Elio first must deal with the convoluted name of a bacterium: Aggregatibacter actinomycetemcomitans. He settles on the nickname: Aa.

A Most Lively Virus – and an Addendum  When we read that some archaeal viruses transformed their host cell into what looks like budding yeast, we knew our beloved Merry Youle would have been keen to write about them. So here we repost a classic of hers on archaeal viruses, with an Addendum.

Evolution-Proofing Antibiotics  Guest author Vilhelmiina Haavisto contributed this post on the possibility of using antivirulence approaches to counter the problem of antibiotic resistance. Will these work? Maybe yes, maybe no. But she's hopeful. 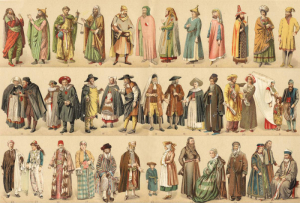 Care For A Glass Of Chicha?  Elio goes back to memories of returning to Ecuador and partaking in the local fermented drink. All's well until you consider the inoculum...

Farewell San Francisco Sourdough?  Roberto also returns to memories, of his time in the San Francisco Bay Area decades and delighting in the local sourdough bread. Is it still all that unique? Metagenomics provides some answers.

Yiddish and Microbiology, Maybe  Elio searches for links between the language of his youth and the discipline of his calling. In the end he says there is none, but the search is certainly fascinating.

Kimchi-Making and Microbiology  After Roberto's description of sourdough microbiomes, Janie felt compelled to explore the microbiology of Kimchi, a fermented food near and dear to her heart.

Lost in the Pacific Mangrove Forest Microbiomes  Guest author Mechas Zambrano describes her exploration of the far off mangroves of the geographical region of Chocó, to characterize the microbiota of the piangua, the bivalve Anadara tuberculosa. What she finds is an eye opening world.

The World of RNA 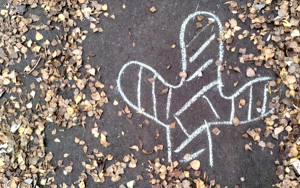 The Life of an RNA Molecule, Through a Phase-Separation Lens  Janie describes how much the life of RNA is spent in the confines of compartments generated liquid-liquid phase separation.

A Dual-Function Small RNA  Christoph uses the 60th an­niversary of the lac operon as a springboard to describe how intricate gene regulation can become. The case in point here, a single RNA molecule from Vibrio cholerae plays multiple regulatory roles.

Small RNAs Considered  Janie describes how the small RNAs resulting from the host digesting of its endosymbiont comes back to haunt it. 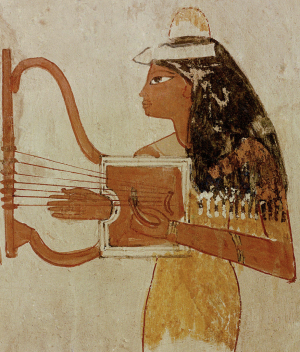 Typhus Vaccines  At a time of vaccine hesitancy, Roberto reminds us of the lack of hesitance among those volun­teering for testing of Typhus vaccines in the trying times of World War II in Poland.

Transient Thoughts on Transduction  In celebration of 70 years since the discovery of transduction, Roberto guides us through the history of abortive transduction. And offers some interesting thoughts on a possible ecological role for this process that is often forgotten.

How E. coli Rose to Prominence  Prompted by a Talmudic Question (#191), Roberto relates the early days of the history of this the preeminent model bacterium.

A Matter of Opinion

Paradigm Shifts, Paradigm Drifts  Elio provides a personal list of his favorite shifts in worldview in this edited reprint from a 2009 essay that appeared in ASM's former magazine, Microbe.

Other Support  Roberto, no longer having to submit grant proposal, can poke fun at what he sees as exaggerated bureaucratic requirements from federal agencies.

Are We in Danger of Technology (Once Again?)  In thinking about the possible issues arising from gene editing technologies, Elio thinks there a lesson to be learned from the Recombinant DNA Advisory Committee, dating back to the Asilomar conferences of the 1970s.

Pictures Considered #53: The ocean water column is profoundly dark...  Christoph shines light on the splendid darkness of the ocean depths.

Pictures Considered #54: Mitochondria can't swim...  They might not swim, but mitochondria do move by being pushed around, as Christoph describes with the aid of a stunning video.

Pictures Considered #55: Conjugation, and some pairing issues  Christoph tracks down the history of a now classic textbook picture of conjugation, and then some, well, issues with it...

Pictures Considered #56: A Pinch of Salt  Watch sodium chloride crystals grow, atom by atom, as Christoph relates how such high resolution can be achieved.

Fine Reading: Did You Know That Algae Can Be Pathogens?  Elio gives us a hint of all that there is still to be learned about the Prototheca, non-photosynthetic pathogenic algae. Now that is something completely different...

Fine Reading: Evolution of Pathogen Tolerance  Roberto points us to a review that might help change our worldview of what is a pathogen. He warns of difficult reading, but very much thought provoking.

Fine Reading: Thank You, Pseudo-U!  When it comes to major recent achievements in medicine, the development of mRNA vaccines certainly ranks at the top. Roberto suggests we read this description of the science behind this remarkable development.

On Stories and Science, Plus Fish  Janie finds much to ponder upon after reading Why Fish Don't Exist. She describes it as an "ode to curiosity," which should make you curious enough to read it.

Grant's Anatomy  Christoph points us to a real gem, the recently published "Atlas of Bacterial and Archaeal Cell Structure."

Teachers Corner: The Name for the Small Things We Consider  Elio and Roberto offer guidance on what to call the tiny creatures that we admire so much.

Replay: On Teaching  This is a reprint of an STC "classic," Stanley Falkow's humorous telling of his frightening experience when first confronted with teaching medical students "back in 1966." Lots to learn from it.

Of Terms in Biology: Diazotroph  Roberto uses this introduction to nitrogen fixing microbes to announce that he is preparing a "Diazomania" series (in the spirit of our existing Fungomania). When will the series see the light of day? It is anyone's guess.

Cathy Squires (1941−2021)  Roberto writes in memory of a wonderful scientist and friend.

#188  Best we know, which contains the largest number of species: the Bacteria and Archaea, the Fungi, or the Protists?

#189  Can you imagine an active mode of motion that unicellular microbes are not capable of, but multicellular eukaryotes are?

#190  Which cause more severe diseases in humans, RNA or DNA viruses?

#191  As a model organism, E. coli played (and continues to play) a key role in molecular biology. Yet, its role in the gut does not appear to be so critical. How is it that as part of the gut microbiota the strict anaerobes (or nanaerobes) outnumber the Enterobacteriaceae by at least 1000 to 1? (Contributed by Michael Malamy.)

#192  The natural habitats of chemolithotrophs such as Leptospirillum and Pyrolobus contain organic compounds. Yet, when grown in the lab, these microbes are extremely sensitive to trace amounts of organic compounds. What is the basis of this sensitivity in culture? (Contributed by Pok Man Leung.)