« Of Terms in Biology: The Polony Method | Main | Staying in Science Past Retirement »

Bench to Nature, A Call to Molecular Biologists

Along several decades my curiosity drove me from the comfort of purified enzymes to the com­plexity of plant root microbial communities, along the way passing through stationary phase phy­siology, biofilms, interspecies interactions, to mention but a few. All along, somewhere hidden in my subconscious, was the desire to understand – at the molecular level – how life really works. With every new step, I had the feeling that the new approaches we used were getting us closer. Yet we were always a ways away. Now, no longer in charge of running a bench lab, I find myself ever more fascinated by endless questions arising from simple observations of the natural world, lichens on a branch, fungal filaments under a decaying log, the algal blooms at a local pond. As the world around me constantly changes, what molecular mechanisms underlie the adaptations that myriad species undergo to survive? How does Nature really work? 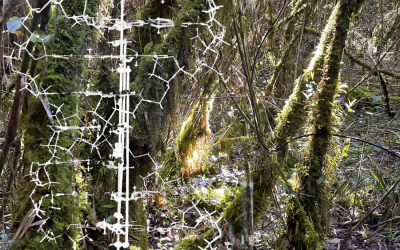 Thus, it should come as no surprise that Edith Heard's re­cent essay, "Molecular biologists: let's reconnect with na­ture" was beautiful music to my ears. In it Edith – the di­rec­tor-general of the European Molecular Biology Labora­tory (EMBL) in Heidelberg, Germany – makes several out­stand­ing points. First, she describes the perennial limitation of most molecular biology. By focusing on well-controlled la­boratory conditions that permit studying subjects at the smallest of scales, we are inevitably deprived from the "ful­lest picture." How life really works at the molecular level has not been explored fully in its natural context. Second, she reminds us of the many remarkable tools and interdisciplinary approaches that have been developed in molecular biology and how these are just waiting to be taken out to nature to investigate how living systems behave in an ever-changing world. As a first step in putting this into practice, the EMBL has launched a "Mole­cules to Ecosystems" program which promises to deploy state-of-the-art mobile labs to study diverse ecosystems throughout Europe. Third and most importantly, Edith's essay makes a ge­neral call for bench scientists to step out of the lab to study how life really works. I applaud the essay overall and hope many molecular biologists will follow this call. How's that for a New Year's resolution?

We apologize for the left-handed helix in the Figure of the former version.