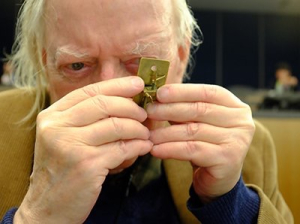 Trained as a physicist, he became interested in bacterial mo­tility early in his career and continued work on under­standing this system at Harvard, the University of Colorado and Caltech. Building his own microscope, he was able to trace the movements of bacteria. He is most well-known for discovering that flagellated bacteria are propelled through their environment by a rotary motor. Howard also contri­buted greatly to our understanding of how bacteria navi­gate their environment by a biased random walk. He spent a long fruitful career uncovering the inner work­ings of bac­terial motility by using his sharp intellect and self-built tools. Howard was not only an outstanding scientist but also an inspirational teacher and mentor. Anec­dotes of his memorable live demonstrations which he used to convey his insights are legendary in the microbiological community. Until the end of his remarkable life he continued to actively pur­sue research and mentoring his lab members.

Howard increasingly became a living legend. For example, Howard's career became topic of a mi­ni­review by Michael Manson entitled "Howard's random walk through Biology." This insightful piece gives an overview of his scientific contributions as well as personal perspectives from several former lab members and colleagues. Another example is the 2021 "Bacterial Locomotion and Sig­nal Transduction Meeting (BLAST)" that held its keynote session in Howard's honor.

Whenever Howard would attend a scientific event, he would be met with admiration and awe from the other attendees. While this reverence was certainly justified, it often masked his wonderful sense of humor. When I first met Howard, I was so incredibly intimidated by his light-speed think­ing and deep scientific knowledge, that I barely managed to have a coherent conversation with him. But I quickly discovered his dry sense of humor. He could be wickedly funny while keeping a straight face, and only the sparkle in his eyes would give him away. He was already in his 80s when I started collaborating with Howard, and I even got one of his home-built devices to pursue our common research goals. I am grateful for his advice and mentorship when I was a new faculty and count myself very lucky to have briefly been able to work with him.

I am only one of many scientists that will deeply miss Howard, both as a wonderful human being as well as an inspiring scientist. He may be gone, but he will certainly not be forgotten. Many ge­nerations of scientists will build on Howard Berg's insights into the motility behavior of microbes. 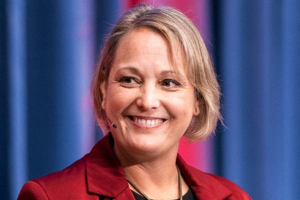 Ariane is a professor at Leiden University in The Netherlands. Her lab focuses on investigating how microbes sense and respond to their environment and explores the structures and functions of the molecular complexes involved in these behaviors.