Science Poetry: The Universe in Verse 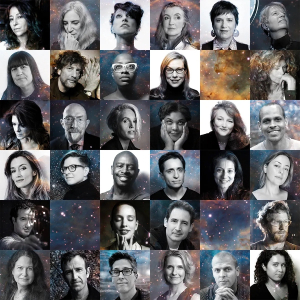 Figure 1. The artists and scientists from the 2020 edition of The Universe in Verse. Fron­­­tis­piece. Source.

Apparently, an annual evening cele­bration of science, scientists, and nature through the written and spoken word. I recently stumbled upon this wonderful collab­oration, called The Universe in Verse. In it, authors read aloud poems writ­ten by scien­tists, scien­tists read verse written by poets, song­writers read tributes to scien­tists written by authors, and so on goes the inter­disci­plinary mingling. It was ini­tially an annual in-person evening show started in 2017 by writer Maria Popova, astro­physicist Janna Levin, and the Academy of American Poets, and then went virtual in 2020. Now there is an "interlude" for 2021-2022.

Luckily, a lot of the material and record­ings since 2017 are avail­able to enjoy at your leisure on The Marginalian, linked here and here. Below are some samples. Each is pre­ceded by a bit of back­story about the writer, the speaker, and the piece itself.

Poet Ross Gay's "Poem to My Child, If Ever You Shall Be" – read by choreographer Bill T. Jones