« In one step from commensal to mutualist (almost), part 2|2 | Main | How to Fine-Tune a Riboswitch »

Almost forty years ago, I arrived in Boston to begin my job as an assistant professor in the micro department at Harvard Medical School. During my post-doc at Stanford, I had very much hoped to get a call from bacteriology at UC Davis. Instead, I got the call from the East Coast school. Not completely certain that I wanted to head in that direction, I was swayed by the offer of a lab space across the hall from Jon Beckwith. It was difficult to resist setting up shop next door to one of my scientific heroes, whose elegant approaches using bacterial genetics had uncovered so many wonderful details of transcription regulation and protein secretion. Plus, the entire department was such a remarkably friendly and welcoming group. 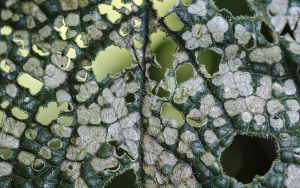 I was very excited. But I was also extremely nervous and completely unsure of myself in my brand-new lab. There was this moment, I remember it so vividly. Early one morn­ing I headed down to the departmental stockroom to pick up some office supplies. All alone among the poorly lit and narrow spaces between the shelves, I nearly passed out. I had to hold on to the nearest shelf to keep from falling, overwhelmed by the feeling that someone had made a terrible mistake. The question arose:

The panic subsided, followed by a few minutes of quiet introspection. Those moments of calm after the storm, still influenced by some measure of self-doubt and insecurity, gave me the chance to stop, consider, and decide. Over the years the same question arose in mind many times again. Thankfully, it seldom took on the force of that moment in the stockroom, but it always provided the opportunity to question what I was doing. In raising the question, answers about what to do seemed to arise effortlessly. Sometimes I stayed the course, sometimes I made drastic changes. During the ensuing four decades, the call from Davis never came and I grew to love Boston dearly. For me, after all the ups and downs, the experience of having a lab proved remarkably satisfying. Always guided by the questioning.

I learned this lesson early on in my career. When on occasion we are shaken by self-doubt and insecurity (and who isn't?), it is an opportunity to stop and think. It can serve us well to question what we're doing and why. And then, after the questioning, see what answers arise in mind. They can surprise and help decision making.