Doing Science in Memory of a Bygone Era 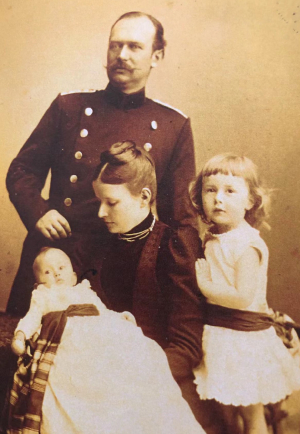 Figure 1. My grandfather Günther Holberg with his parents and newborn sister in the 1890s in Berlin-Kreuzberg. He was wearing a dress which was a com­­mon fashion at the time. Fron­tispiece: Günther Holberg in Verdun 1915 during World War I. The X marks him. Source: Christopher Rensing

In the spring of 1986, I started my studies at the Free Uni­versity of Berlin. I was accompanied by two friends from Bremen in Northern Germany, Ingo Haar and Roland Beckmann. Roland later performed wonderful work eluci­dating structure and function of the ribosome. Ingo Haar recently published a book titled "Jewish Migration and Diversity in Vienna and Berlin." Reading this book brought back melancholic memories of a bygone era that was destroyed by the atrocities of World War II. That era that I know only from listening to my mother's personal memo­ries and reading letters kept in my mother's family. What follows is a brief recounting of my family's history, a history rich in intellectual, scientific, and artistic pursuits. Without a doubt, knowledge of my ancestors' achievements greatly shaped the scientist I am today. I made many mistakes in my life and had my personal challenges. However, I never gave up on my dream to build up a "world-class lab" and I had enough confidence to do so.

My maternal grandfather, Günther Holberg, was the son of Bertha Holberg, who in turn was daughter of Marianne Louise Dobert née Friedenthal. Günther was thus part of the prominent Friedenthal family in Germany during the late 1800s and early 1900s. Marianne's half-brother was Karl Rudolf Friedenthal, secretary of agriculture under Bismarck. My grandfather grew up in Berlin-Kreuzberg as a son of a Prussian officer who died early; his mother later remarried the sociologist Alfred Vierkandt. My grandfather studied law in Greifswald and Freiburg and later served in World War I. He served with a sense of duty, not enthusiastically, but with patriotism. He was awarded the iron cross but later was se­verely wounded at Verdun and lost sight of one eye and was taken prisoner. This was not unusual at that time, his cousin, Richard Friedenthal was also seriously wounded. My grandfather later became a judge in Potsdam until he was forced out of his work due to the race laws in the Third Reich. At the same time his cousin Richard emigrated to Great Britain where he interacted with his longtime mentor Stefan Zweig. It is Zweig's book, The World of Yesterday: Memoirs of a European, which best illustrates the feeling of loss of a society of great intellectual and artistic achievements. Richard completed Balzac, the unfinished last work of Stefan Zweig. Despite the suicide of his father, anthropologist Hans Friedenthal who was facing deportation to a concentration camp in 1942, Richard continued to write in his native German and was Vice president of the German PEN Center and member of the German Academy of language and poetry. Eventually, my grandfather Günther was reinstated as judge in Potsdam. Because he did not succumb to pressure by the communist regime of East Germany to collaborate and implement "class justice" he and his whole family had to leave East Germany in 1951. Upon leaving he took along his entire family, my mother included. 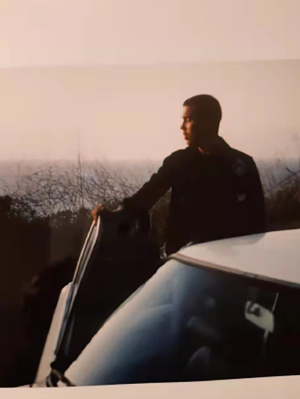 Figure 2. Chris in between Monterey and Santa Cruz in 1982. Source: Christopher Rensing

This is what little was left of my family in Berlin and Pots­dam (only my aunt Martha Friedenthal-Haase is living in Berlin now) in the postwar years when my mother met my father during her studies in Göttingen. My father, Ludger Rensing, carried out his doctoral work there. After that he left for a two-year visiting fellowship to Princeton to work on circadian rhythms with Colin Pittendrigh. Luckily, he asked my mother for marriage and they tied the knot in New York City in 1963, and I was subsequently born in Princeton. After returning to Göttingen, my mother took time off to raise her three children but continued her edu­cation later and became an accomplished psychoana­lyst. During my youth I enjoyed visiting the Zoological Institute, playing with the rats, looking at all kind of skeletons or watching the lab members playing Doppelkopf.

It was during 1978−1979, when my father – by then a pro­fessor at the University of Bremen – went on sabbatical to Woody Hastings' lab at Harvard University, that I was first unknowingly introduced to microbiology and a number of the people that I later would cross paths in my career as a microbiologist. At the time though, I had a rather rough time at Cambridge Rindge and Latin High School where I had to fight a few times to gain respect. Boston had imple­mented busing at that time, and this led to tensions. My father spent another sabbatical in 1982 in Jerry Feldman's lab at UC Santa Cruz. From there I have vivid memories of Jay Dunlap (who came from Woody Hastings' lab) and Jennifer Loros trying and trying to obtain "clock" mutants in Neuro­spora crassa. Jerry, Jay, and Jennifer had all learned their molecular genetics at Stanford while Jerry was on sabbatical with Charley Yanofksy. I admired and was greatly influenced by Jay's and Jenni­fer's persistence in their work, their refusal to give up. I then returned to Bremen, finished my Abitur and did mandatory service to Germany. I then obtained my Diplom at the Freie Universität Berlin and my Ph.D. at the Martin Luther Universität Halle-Wittenberg under the guidance of Bär­bel Friedrich and Dietrich Nies, respectively. Barry Rosen was my postdoctoral advisor at Wayne State University in Detroit. 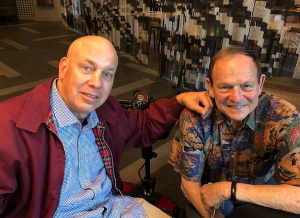 Figure 3. Together with Ken Nealson in Los Angeles May 2021 before flying back to Fuzhou. Ken is one of the pioneers in electromicrobio­logy. During his postdoc­toral training with Woody Hastings, he discovered quorum sensing in biolumi­nescent bacteria. Source: Christopher Rensing

After that training I was in the faculty of the University of Arizona and University of Copenhagen before moving to my current position in Fuzhou, China. I began my work eluci­dating how microbes deal with metals and metalloids at the molecular level in Berlin and have continued that focus throughout my career. Starting in Arizona, I added an em­phasis on environmental and agriculturally relevant topics to my research portfolio. In Fuzhou, I'm also working on electromicrobiology and the respiratory pathogen Klebsiella pneumonia as director of the Institute of Environmental Mi­crobiology. As part of the work of our group with Geobacter I reconnected with Kenneth Nealson who first observed quorum sensing while in Woody Hastings' lab and later fo­cused on electromicrobiology. With age I have become more committed to honor the goals, culture, and aspira­tions of my ancestors and as the founders of electronic music, Kraftwerk, have demonstrated, begin something new and novel while not forgetting Schubert and Fritz Lang. 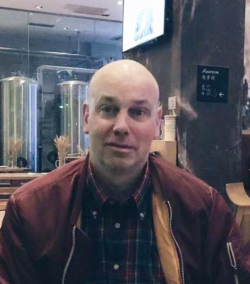 Christopher Rensing is a Distinguished Professor and Director of The Institute of Environmental Microbiology at Fujian Agriculture and Forestry University in Fuzhou, China.