How Fairy Tales Taught Us to Think about Science

In the tale of the Princess and the Pea, the royalty of a young princess is confirmed by her ability to detect a single pea under 20 mattresses and 20 quilts. This remarkable sensitivity, while likely creating an unbearable life for this princess, pays dividends in the world of immunology where appropriate responses are absolutely crucial. Like the princess, the immune system demonstrates a remarkable ability to detect nuances that direct global responses. In the universe of immuno­gens, it's not uncommon that molecules with similar structure have similar function. However, this is not always the case; sometimes seemingly insignificant modifications can produce profound changes in the immune response a molecule induces. In our recently published work we found that the predominant phospholipid of a bacterial cell membrane – with inconspicuous modifi­cations at the ends of the hydrocarbon tails, the shifting of just a few carbons – makes the differ­ence between silence and a complex message (Fig. 1). 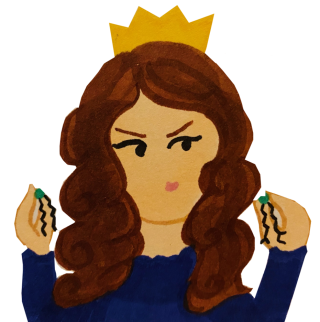 Akkermansia muciniphila, (see also a 2015 STC post by Elio) a common intestinal bacterium associated with po­si­tive effects on host metabolism, produces a phospholipid known as a15:0-i15:0 PE (Fig. 2). This phospholipid is very similar to other phosphatidylethanolamines, except for its particular branching at the end of the acyl tails (that's the shifting of a few carbons I mentioned above). When we identified this molecule as an important immunogen, its structure seemed almost disappointingly simple. So much so, that it would have been easy for us to disregard our findings and apply ourselves to the search of a more ex­citing or rare molecule. However, we found that this phospholipid produced an immune response mediated through the Toll-Like Receptors 1 and 2. This is unusual because phospholipids are ubiquitous and not commonly thought of as pro-inflammatory molecules. Furthermore, the phospholipid triggered a selective response: it promoted the release of some inflammatory molecules but not others. Therefore, not only does this molecule with a seemingly common structure activate immune responses, it appears to have a specific function that is not a generic pro-inflammatory signal. Finally, to drive home the remarkable function of this unremarkable phospholipid, we found that when mouse dendritic cells were pre-treated for 18 hours, followed by the addition of known, highly inflammatory molecules, a15:0-i15:0 PE modulated the overall immune response. In short: when present for a sufficient period beforehand, a15:0-i15:0 PE set book ends on the range of inflammation produced by these highly inflammatory molecules.

Figure 2. The structure of a15:0-i15:0 PE. The branching at the ends of the acyl chains (marked in red) is the result of incorporation of residues derived from branched chained amino acids. Source.

You might ask the question that I received often when I presented our results: "Why would any inflammation be good? Isn't inflammation linked with all kinds of diseases?" Unfortunately, this question often arises from an over­simplification of biology. During the course of my career, I've learned the importance of amphibiosis, a term po­pularized by Ted Rosebury, a prominent researcher in microbial ecology. The simplest definition of amphibiosis? Bacterial responses are context dependent. Richard Preston summed up the implications of context dependence well when he wrote, "In biology, nothing is clear, everything is too complicated, everything is a mess, and just when you think you understand something, you peel off a layer and find deeper complications beneath. Nature is anything but simple." So while it is common to consider inflammation a "bad" thing, it's just too simplistic to make such a state­ment. It's much easier to think of inflammation in terms of another fairytale, Goldilocks and the Three Bears. In the story, the young lady finds herself in a situation of exquisite particularity, re­jecting extremes for "just right" somewhere in the middle. 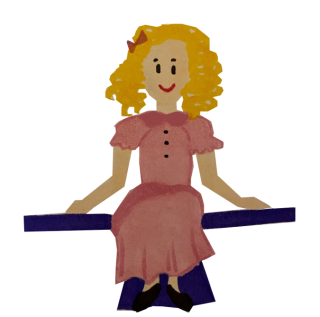 Figure 3. Goldilocks sits in the middle of a balance instead of one extreme or the other. (Artwork by Chelsi Cassilly)

Acute inflammation helps to mount a response which ad­dresses a clear problem in the host (e.g. cancer or infec­tion). If too weak of a response, the disease will prevail. If too much, or if the inflammation becomes chronic, then the immune system may cause more damage than the initial threat. Therefore, in the context of disease, inflam­ma­tion in moderation is critical. However, inflammation during health must also be moderated. Known as homeostatic inflamma­tion, it is the concept of maintaining low levels of inflam­mation in an effort to be ready for whatever may occur down the road. It's preemptive protection for an inevitable threat. It's our body's way of hedging bets. While much of these nuances are still under study, and this low level of inflammation maintained in the body may serve other purposes, it's becoming clearer that we can no longer deem inflammation simply as "good" or "bad." For whatever the context of inflammation, we should think like Goldilocks: not too much, not too little, but "just right." 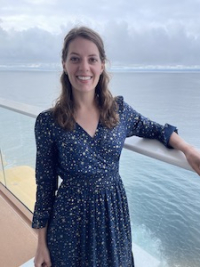 Dr. Chelsi Cassilly attended Lipscomb University in Nashville, Tennessee where she obtained her bachelor’s degree. She earned her doctorate at the University of Tennessee, Knoxville in the lab of Professor Todd Rey­nolds. She conducted postdoctoral work at Harvard Medical School with Professor Jon Clardy. Currently, she is a planetary protection microbio­lo­gist with Jacobs supporting NASA Marshall Space Flight Center in Hunts­ville, Alabama. She is a co-author on this publication.