The earliest roots of science can be traced to ancient times in which so-called natural philosophers attempted to explain the world around them. However, the word science, coined in the 14th century, and the concept of science as the pursuit of knowledge based on systematic and rigorous observations is much more recent. This modern view of scientific endeavors has been shaped by the achievements of multiple pioneering individuals, one of which was Antonie van Leeuwenhoek. Credited as the "Father of Mi­crobiology," Leeuwenhoek was the first to observe and characterize microscopic or­ganisms with his remarkably powerful single-lens microscopes. While he did not con­sider himself a researcher in the modern sense, his curiosity about the natural world drove him to not only observe but also experiment on microbes. Importantly, he com­municated the results in numerous letters published in the proceedings of the Royal Society (London, UK). This made it possible for others to critique and validate his work on the previously unknown "animalcules," key features of modern scientific research. Thus, it behooves current day scientists – microbiologists in particular – to carefully study Leeuwenhoek's work. 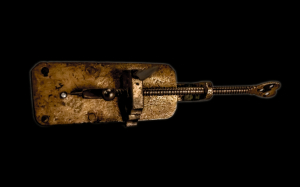 To this end, we recommend an open access review by Nick Lane entitled "The unseen world: reflections on Leeuwenhoek (1677) 'Concerning little animals'." Written in a most engaging style, it's an excellent description of Leeuwenhoek as research scientist that also analyses his long-lasting legacy.

Here's a provocative snippet that we hope will whet your appetite to read Lane's review. While Leeuwenhoek openly discussed his work and was keen on having others use his microscopes, he remained secretive about the methods he used to construct these instruments. How come? Here (as cited by Lane) is Leeuwenhoek's answer:

To train young people to grind lenses, and to found a sort of school for this purpose, I can't see there'd be much use: because many students at Leyden have already been fired by my discoveries and my lens grind­ing... But what's come of it? Nothing, as far as I know: because most students go there to make money out of science, or to get a reputation in the learned world. But in lens grinding, and discovering things hidden from our sight, these count for nought. And I'm satisfied too that not one man in a thousand is capable of such study, because it needs much time, and spending much money; and you must always keep on thinking about these things, if you are to get any results. And over and above all, most men are not curious to know: nay, some even make no bones about saying: What does it matter whether we know this or not?

You might find these words shocking; yet they might resonate with science educators. Here are Lane's reflections on them: "Most scientists, I imagine, would see themselves as that one man in a thousand; it is our task today to persuade others that it does indeed matter, not for any immediate benefit, but for the sake of curiosity and its unknowable contribution to the sum of human knowledge and wellbeing." Food for thought.