« Spetses "The New Microbiology" Summer School | Main | In the Company of Bacteria: Amoebae »

Going back several decades I tried to argue that, contrary to popular belief, Pseudomonas aeru­ginosa is not a ubiquitous bac­terium. This was based on our difficulties in obtaining strains from pristine environments, conversations with many colleagues describing similar experiences, and an inability to find published studies presenting data in support of this bacterium's ubiquity. My ar­guments were not accepted back then. More recently, I was part of a group that published on the extremely low occurrence of P. aeruginosa in pristine environments. Yet, I wonder why many pa­pers still start with a description of this bacterium as ubiquitous. 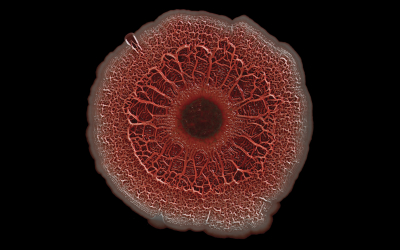 So, I ask myself: "What is really meant by bac­terial ubiquity?" I used to think that a bacter­ium is either ubiquitous (cosmopolitan) or not. I was wrong. I found an illuminating paper whose title points to degrees of ubiquity: "Why are some microbes more ubiquitous than oth­ers? Predicting the habitat breath of soil bac­teria." The authors summarize their main con­clusion this way: "For bacteria in the soil envi­ronment, we show that genomic traits can be used to predict why some microbial taxa are more ubiquitous than others. Habitat breadth was positively correlated with genome size and genes associated with specific functional capabilities, including secondary metabolic pathways." Unfortunately, from the data the authors present, I was not able to extract information on the degree of ubiquity of P. aeruginosa. Regardless, I now admit that P. aeruginosa could be "very slightly ubiquitous." But what does that mean?

To shed some light on this, I revisited the old microbiology tenet from Baas Becking (1934): "Eve­ry­thing is everywhere, but, the environment selects." The analysis on the meaning of this sta­tement, provided by De Wit and Bouvier in a 2006 paper, gave me a way to reconcile the claim of P. aeruginosa's supposed ubiquity with the widespread inability to find it in pristine environments. The authors stress that Baas Becking's use of the conjunction 'but' "...reflects that there is an ap­parent contradiction between the empirical observations that specific microorganisms are ob­served in their characteristic environments and the idea that all microorganisms are cosmopoli­tan." To me, this "apparent contradiction" applies to P. aeruginosa. In some environments it is clearly selected. For example, sites that suffer opportunistic infections. In contrast, in pristine en­vironments this bacterium may be present, but it is not selected as its abundance is extremely low. It may indeed be there, but it does not seem to be doing much.

All I ask of groups claiming that P. aeruginosa is "ubiquitous" is that they go out and determine if they can indeed find it everywhere, i.e., what is its degree of ubiquity? I suspect that like we did, they'll find that its occurrence in pristine environments is extremely rare.